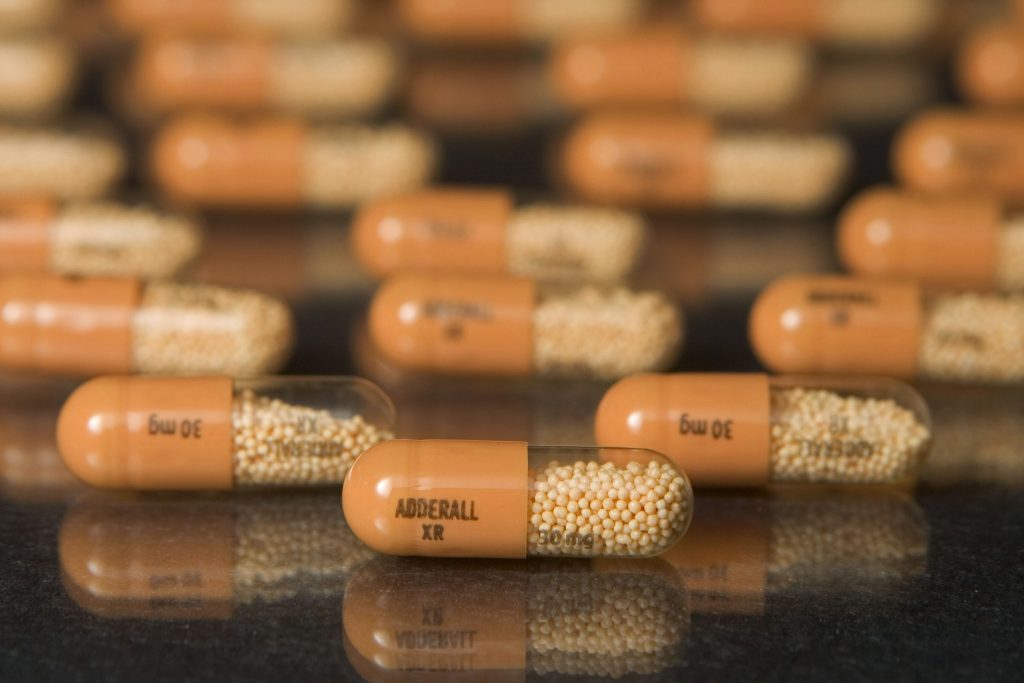 With midterms, papers, and projects piling up, it’s not difficult to feel overwhelmed with work as a student. How does one handle all of this work? Jesse, a Vanderbilt student whose name has been changed, does it by taking Adderall. Jesse describes Adderall as “a miracle study tool. I don’t know what I would do without it. It makes it so easy to do all of my work. I am just laser-focused on it.”

According to the National Council on Patient Information and Education,  colleges across the United States face growing prescription drug abuse on campus. One of the drugs most commonly used by students is Adderall, a stimulant that induces impulse control and hyperalertness. The combination of the two effects allows a user to focus more energy into a single task. The drug works by increasing the amount of neurotransmitters such as epinephrine, norepinephrine, and dopamine produced by the body.

According to Dr. Todd Callahan, an associate professor of pediatrics and program director of eating disorders at Vanderbilt University School of Medicine, “The effects that most people desire from the stimulant medications on the brain is an increase in arousal and improved focus. Students taking the drug may be able to stay up later and study or party longer. Importantly, the stimulants do not make students smarter and do not increase creativity or enhance complex task completion (like writing papers or doing well on high-level college coursework).  Their primary ‘advantage’ is in staying awake.”

When asked why he takes Adderall, Jesse replied, “I just use it when I feel like I don’t have enough time to finish everything I need to do. I use it for papers, studying for tests, and before going out for parties. Any scenario where extra focus will help me either finish my work quickly or have more fun overall. It’s a completely different thing when you get drunk while on Adderall.”

Studies show that Jesse’s habit is hardly an exception on Vanderbilt’s campus. According to a survey taken in March of 2013 by Vanderbilt, 36% of students admitted in using prescription stimulants without a prescription, with over half of these students using the drug to improve alertness and concentration. Over 70% of these students marked Adderall as easy or very easy to obtain on campus.

While many see Adderall as a wonder drug to make tests and studying easier, there are many hidden dangers. Many students fail to realize that Adderall poses significant health consequences to even occasional users. Adderall is a Schedule Two substance according to the DEA, the same classification given to meth, cocaine, and morphine. According to this same study from earlier, stimulant abuse can lead to paranoia, hostility, psychosis, anxiety, and even a drop in academic performance.

Overuse of unprescribed Adderall can also lead to a dependence, as was the case for former Vanderbilt student Kyle Craig. Kyle took Adderall for years and began experiencing rapid mood swings and depression because of his drug use, eventually leading to his suicide. Kyle’s parents theorize that his Adderall usage in combination with a large spike of suicides from his hometown of Spring Lake, New Jersey created “the perfect storm” for Kyle to take his life.

When not prescribed and used as directed, Adderall can be a very dangerous substance for students to take. There are also many ethical issues involved with taking the drug that are debated even today among doctors. Dr. Callahan stated, “As in sports, the abuse of drugs for ‘performance enhancement’ creates a potential advantage over those individuals who are not using drugs. From an ethics perspective, this is unfair and should be viewed as a form of pharmaceutical cheating. Moreover, some students may feel that they need to use the drug ‘to keep pace’ with peers that they know are abusing the drug.”

Dependence on this drug can be a slippery slope. Jesse admitted that “it can be tempting to always use Adderall. I’m on another level when I take it so it can be kind of hard to get all of my work done when I am not taking the drug.”

For more information or help regarding substance abuse, go to: