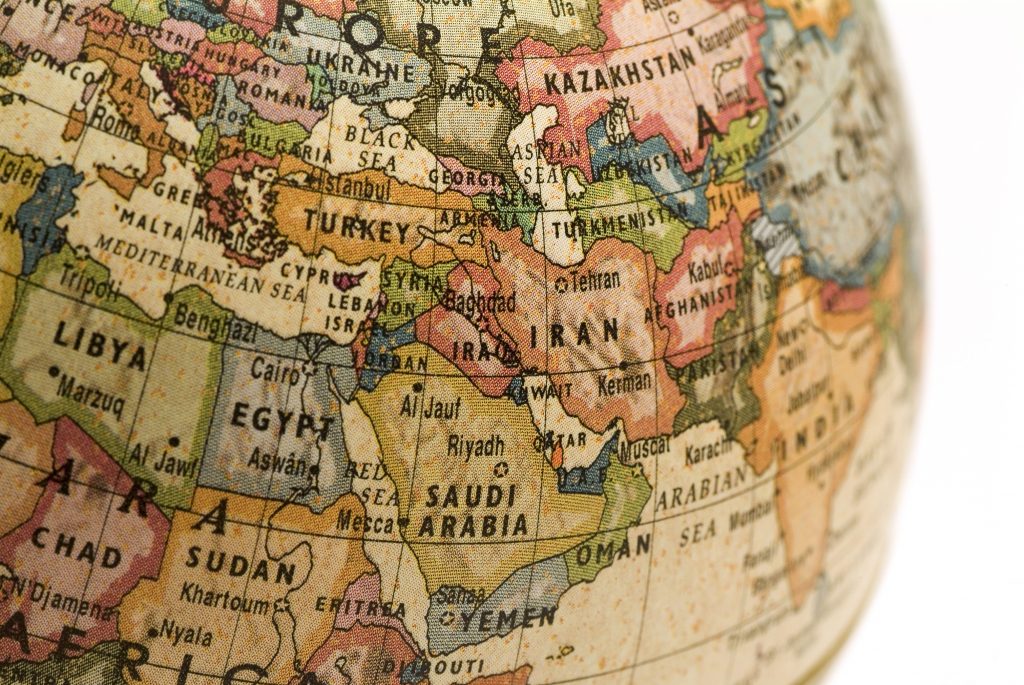 Jordan Grapentine and Alejandro Monzon contributed to this article.

The executive order passed on January 27th instituted a travel freeze for the Middle Eastern countries of Iran, Iraq, Libya, Somalia, Sudan, Syria and Yemen, halting all incoming travel to the United States for 90 days. It also suspended the U.S. refugee program for 120 days and indefinitely suspended the Syrian refugee program. Although the ban was stayed after a Washington judge deemed it possibly unconstitutional (a decision currently being considered by the 9th Circuit), uncertainty still swirls around America’s relationship with the seven banned nations and the Muslim community worldwide. Muslims across the country are already feeling the effects of the order in full force.

“First and most immediately, it will tear apart families and deprive a huge part of people from following their academic, economic, or social careers,” said Mohammad Meerzaei, a Vanderbilt Ph.D. student from Iran.

“First of all I was shocked,” Meerzaei continued. “I set out to estimate how it will affect the specific case of me and my wife, and then, upon figuring out that this might mean our separation for an unknown and unpredictable length of time, I felt despair.” Mohammad realizes that he is safe “as long as he is in the states” but is fearful of anything happening that would require him to return home to Iran.

For Dr. Sharece Thrower, a Vanderbilt Political Science professor, the executive order’s lack of clarity stands out.  “Parts of it are vague, so it’s hard to say,” said Thrower. According to her, the vague language of the order opens up the possibility for confusion within the executive branch and the challenges in court that we are seeing. To sum up her initial reaction, Dr. Thrower said, “There’s going to be legal challenges soon to follow.”

With respect to foreign policy, Dr. Tizoc Chavez, another political science professor at Vanderbilt, sees this order as a stark deviation by Trump from his predecessor. Dr. Chavez was struck by the placing of Iraq on the list of banned nations. He says, “One could say that that the countries on the banned list are not close allies of the United States, or are in fact hostile to the United States. However, Iraq is a U.S. ally.” In other words, Iraq has been supported by the U.S. military for the past decade and has had a working relationship with American armed forces in the area. The placement of this ban on Iraq is a slap in the face and a step back in our relations.

What is frustrating from a foreign policy perspective is how little there is to gain by being so antagonistic toward the Islamic world. Mohammad gave insight about the relationship Iranians have with the United States, saying, “I can definitely tell you that the people of Iran … do not usually buy easily into a polarized image of a world divided into ‘we the Muslims’ and ‘they the Westerners’, and especially regarding America, they see the confrontation not between two separate worlds due to their essences, but between two governments.”

Not only has the order strained our dealings with Middle Eastern nations, but it also carries implications for our Western allies. European leaders, including British Prime Minister Theresa May and German Chancellor Angela Merkel, were quick to denounce it as racially and religiously motivated. This order, along with comments made by President Trump, “all signal a United States that is turning inward and turning its back on the liberal international order,” according to Dr. Chavez.

Vanderbilt University also grappled with the ban’s implications in the days and weeks after its signing. Vanderbilt’s administration has responded in a number of ways, but it is still attempting to form a cohesive plan going forward.

Dean of Admissions Dr. Doug Christiansen, Dean of Students Dr. Mark Bandas, and Executive Director of Integrated Communications Melanie Moran sat down with VPR to clarify how the university is handling the concerns of affected community members and what their plan is going forward. They first pointed to some of the many statements crafted or issued by the university. Some highlights:

A message from the Provost and Chief Diversity Officer regarding sanctuary campuses states that VUPD will not take an active role in any immigrant persecution, but “as the concept requested may bring greater enforcement risk to those on our campus, we cannot declare ourselves a sanctuary campus.”
A letter opposing the ban published by University of Pennsylvania President Amy Gutmann and signed by Vanderbilt Chancellor Nicholas Zeppos as well as 47 other university presidents argues that the order harms American universities by prohibiting talented foreign-born students from attending.

In addition to the notorious “strongly worded letter” approach, Moran assured VPR that Vanderbilt has lobbyists in D.C. and the state house fighting for our community.

“Our office of federal relations in Washington…works directly with the Tennessee delegation to make them aware of issues that are important to our university. We have that here at the state level as well, working directly with elected officials and the executive branch on these issues.”

With regards to our international students—both enrolled and prospective—the university is doing everything it can to keep all interested parties in the loop—a difficult task when considering the rapidly changing situation. Until the legislative limbo ceases, all the university can do is inform.

In the meantime, the climate created by the order worries the admissions team greatly. Dean of Admissions Douglas Christiansen lamented how this order has a chilling effect on people from all kinds of countries, creating a pause from prospective students.

The chill was setting in even before the order was passed simply due to the hostile political climate that’s dominated American life for the past year.

Christiansen noted that even though international applications were up this year, the executive order’s implication means “this was definitely a slow down.”

The slowing influx of international students is a troubling nationwide trend – a nation built on attracting the best and brightest minds from other countries, America has always provided fertile soil for ingenuity, regardless of where the ideas originated.

Dean of Students Mark Bandas is not pleased with the changing climate:

“As an internationally prominent research university, we are trying to attract the best scholars and students from around the world. We are a global university, so policies restricting immigration are problematic for us.”

Mohammad expressed a similar sentiment, contending that most immigrants coming to the U.S. are refugees or “talented people who are about to contribute to the socio-economic progress and burgeoning of America. Some are both.”

What is our best weapon for fighting prospective students’ fears of xenophobia and drawing them to Vanderbilt? The administration believes the answer is woven into the fabric of our school and city. Moran explained:

“Nashville has a great story to tell when it comes to welcoming immigrants. The mayor has repeatedly gone on record supporting our immigrant community, keeping Nashville open and welcome.”

It won’t be easy, though. Grappling with the baggage attached to the order will be a long uphill battle, one that Dean Christiansen believes only the best equipped and most committed universities can fight.

“Long term (the next three to six months), we will see a greater level of differentiation between institutions that really believe they can impact students and want to continue the effort versus those caught up in the two weeks of letters and hype right now.”

He continued, “What has happened the last week has been really unsettling for a student or faculty member in this situation. That’s not going away in a day. Vanderbilt is going to stick with it eight months from now, a year from now. We will still have to be working hard.”

How do students foster such an atmosphere? That’s where the interviewees got a little abstract. Dean Christiansen reasoned:

“The most important thing we can do—if having an international campus is important to students—is that we make sure we are reaching out.” Later on he added, “We have many international students here, and many of them may be feeling anxious, so it would behoove us to remember that we are a welcoming and inclusive campus and support those students and hear them out.”

Because right-leaning students sometimes view calls for “open dialogue” as actually meaning “shut up and hear the truth,” I asked them how the students and faculty should account for the sizeable population on campus who may support the President’s order. Dean Christiansen responded:

“I really hope we can have constructive dialogue to figure out how to move forward. That’s hard to do when the first sentence somebody gives is ‘I can’t believe you believe in this, you’re such an idiot.’ We need to make sure we are reaching out.”

It’s good to hear we have the ear of lawmakers, both state and federal. Hopefully they can leverage Vanderbilt’s presence as an economic magnet to spur legislative action, but the real battle seems to be on campus.

We as a closely knit community of critical thinkers have an opportunity here to create something special. From true discussion and challenging conversations, we can rise above the knee-jerk reactions and caustic tweets. The administration believes Vanderbilt can be an incubator for solutions to the world’s toughest problems, and after VPR’s conversation with them, there seems little reason to doubt our capacity for progress.