Jeff Giesea, Master of the Meme 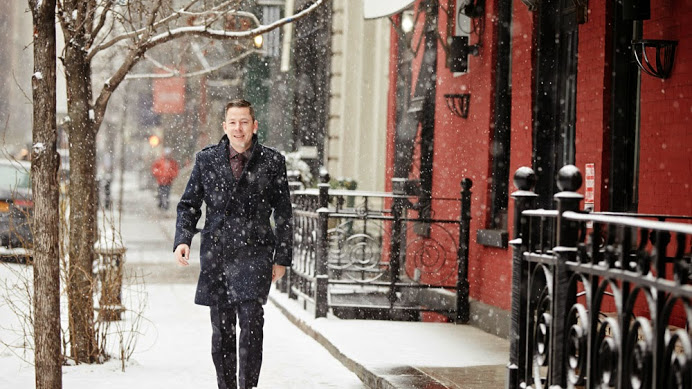 On January 12, 2017, Jeff Giesea, co-organizer of a major pro-Trump inaugural ball, was interviewed on WAMU’s Kojo Nnamdi show. He was well-spoken, cordial, and a consummate guest, and his segment might have been interesting but forgettable, if not for his calculated use of modern civil rights rhetoric to parry and riposte criticism against white nationalist voices.  In response to a question about why people may struggle when having conversations with white nationalists, he said, “Even using the label white nationalist is a way to otherize someone, to marginalize them and to shut down any argument [emphasis added].”

Mr. Giesea did not invent the usage of the highlighted words “otherize” and “marginalize,” but he is among the first to use them in defense of the self-styled “alt-right.” While these words have existed for decades, they were more recently popularized within internet bastions of social justice like Tumblr and Twitter. For their usual proponents, these words describe the way oftentimes well-meaning whites dismiss and devalue opinions from people of color and disadvantaged groups. Within those circles, they’ve become somewhat magic words, passphrases to an elevated moral position in liberal discussions akin to bumper stickers signaling a shared belief. With time and the popularization of groups like Black Lives Matter (BLM), these words have made their way from the circles that coined them to the supporters of such groups, often called allies, and finally to opponents of the original authors, people like Mr. Giesea.

By adopting the language of the very people he disagrees with, an action civil rights activists would call “co-opting,” Mr. Giesea summons the magic of those words to position himself as progressive and socially conscious while simultaneously deteriorating the words’ meaning. I think we can expect to hear the phrases “allies,” “co-opting” and “intersectionality” from the right very soon.

Giesea’s manipulation of language also functions as sleight of hand. When asked if the stereotyping of Trump voters contributed to their distrust of media and opposing ideologies, he replied, “I don’t know if it’s stereotypes as much as otherizing people and looking at people as labels rather than as humans. Stereotypes, sometimes they’re okay, I can get past that, but it’s this rejection of ourselves as humans, as individuals, that I think we need to get past.”

Mr. Giesea artfully distracts the listener with mention of “otherizing” and “looking at people as labels” before defending stereotyping as “okay.”. He manages to present the contradictory ideas of labels being bad and stereotypes sometimes being okay side by side. He thus maintains the appearance of consistency by taking care to change words – from “labels” to “stereotypes” – and by masterfully slipping his admission between what he knows to be civil rights phrases.

But if his verbal devices are confusing and misleading to people who ultimately disagree with his conclusions, they are entirely convincing to true believers. Every white nationalist tired of their beliefs being written off as atavistic hate can use Mr. Giesea’s argument as ammunition to claim that they are just as persecuted as the people of color they see as inferior or dangerous. By sharing the language of persecution with BLM, white nationalists become as unprivileged as the people BLM advocates for. Even well-meaning Trump supporters aiding and abetting nationalism can characterize people of color as dangerous and ungrateful when, sometimes, stereotypes are OK. They’re OK when used by fellow Trumpians, but not OK when used against fellow Trumpians.

Supporters of Mr. Giesea may call his tactics a happy accident, and if not for his thorough knowledge of the use of language and deep internet involvement, that might be believable. This, however, is a man who has written academic articles for NATO on the nature of subversive language and penned phrases like, “If propaganda and public diplomacy are conventional forms of memetic warfare, then trolling and PSYOPs are guerrilla versions.” He used this academic knowledge for practical gain by organizing an internet troll army, the meme part of memetic warfare, to help get Donald Trump elected. To believe that he is not exploiting an expansive understanding of the language of the internet is to believe that a possum is dead when it rolls over.

The ease with which Mr. Giesea bends language to his needs, the dialect of civil rights and of the internet being two examples, places him within a great tradition of court advisers, grand viziers and, as he well knows, contemporary Russian propagandists. In the same NATO article cited above, Mr. Giesea lists six separate Russian disinformation campaigns as successful examples of what is “an essential capability in modern warfare.”

As Mr. Giesea also knows, some of these campaigns were likely the creations of Vladislav Surkov, political aide and kingmaker to Vladimir Putin. The self-described “author, or one of the authors, of the new Russian system,” Mr. Surkov has been credited as the “grey cardinal” of the Russian political system. He has used RT, a state-run news organization, to control public opinion in Russia, destabilize Ukraine and allegedly influence the recent U.S. presidential elections.

He gave Mr. Giesea a path to follow. Journalist Peter Pomerantsev describes Mr. Surkov’s success in his book “Nothing is True and Everything is Possible” using terms that makes their shared lineage apparent: “Surkov’s genius has been…to use the language of rights and representation to validate tyranny, to recut and paste democratic capitalism until it means the reverse of its original purpose.” Perhaps the best examples of Mr. Putin and Mr. Surkov dementing civil rights dialect come from their speeches at the 2006 G8 summit in St. Petersburg, Russia. There, Mr. Surkov described Russia as “sovereign democracy”, a term he said he borrowed from Che Guevara, and Mr. Putin claimed the calls for the “democratization” of Russia were like colonialism’s “civilizing role.”  If it’s true that “good artists borrow and great artists steal,” Mr. Giesea is a world-class artist for thieving Mr. Surkov’s strategy of copying civil rights language until it is distorted and degraded beyond meaning.

Mr. Giesea, however, is not the subject here. He is a legion unto himself who urges typing hands to abuse language into impotence. But what he represents about the alt-right is more important than what he types. The far right’s recent reappraisal of Russia and its possible four-term president Vladimir Putin is vexing, but at least one element of it can be understood in parallel to Mr. Giesea and Mr. Surkov’s kinship. The far right and the U.S now find themselves in a similar position to Russia in 2000. Led by a populist with little formal political experience whose supporters and advisers have a knack for undermining the value of truth, the group is several moves ahead of its opposition on “the online battlefield of perception,” to use Mr. Giesea’s language. Vladimir Putin recognized the groups’ similarity in rhetoric and control of meaning when he believed Donald Trump would become the 45th President of the United States. Likewise, the alt right, with Mr. Giesea as a prime example, respect Surkov and Putin’s Russia as a dissertation on how to manipulate language and invalidate truth through “alternative facts.”

As the alt-right succeeds in the degradation of language, and it will succeed, the question becomes “how to respond?” Clearly, it is not possible to generate evocative phrases like “otherize,” “allies” and “intersectionality” at the same rate at which they can be distorted and invalidated. But responding in kind, through further distortions of meaning and strategically biased untruths, would result in an equally unappealing race to the bottom. This also requires abandoning the truth supposedly inherent to the liberation movements the left seeks to champion.

To forestall any further co-opting by the right wing, the left should create nondegradable phrases by exploiting specificity to embarrass white nationalists.  Phrases like “otherize” are useful because of their generality, but by the same token they can be abused. As a crude example, instead of “otherizing” being the crime of invalidation, black rights activists could use “blackening.” While there is the obvious issue of adding a negative connotation to “blackness,” I suspect such a change would cement control over the meaning of the word exclusively in the black rights community.

In the realm of falsehoods, “false news” and memes with “false information,” there seems to be no strategy besides engaging in the game of memetic warfare. In this battlefield, the left must either set aside integrity and be funnier, more subversive and faster in their falsehoods than the alt-right, or they will face discredit. And that, ultimately, is the genius of the alt-right and Mr. Giesea. By following in the footsteps of Russia and Mr. Surkov, they have placed their opponents in an augmented Zugzwang, a position from which any move, and especially no move at all, significantly weakens their outlook.