When Television Hits Too Close To Home 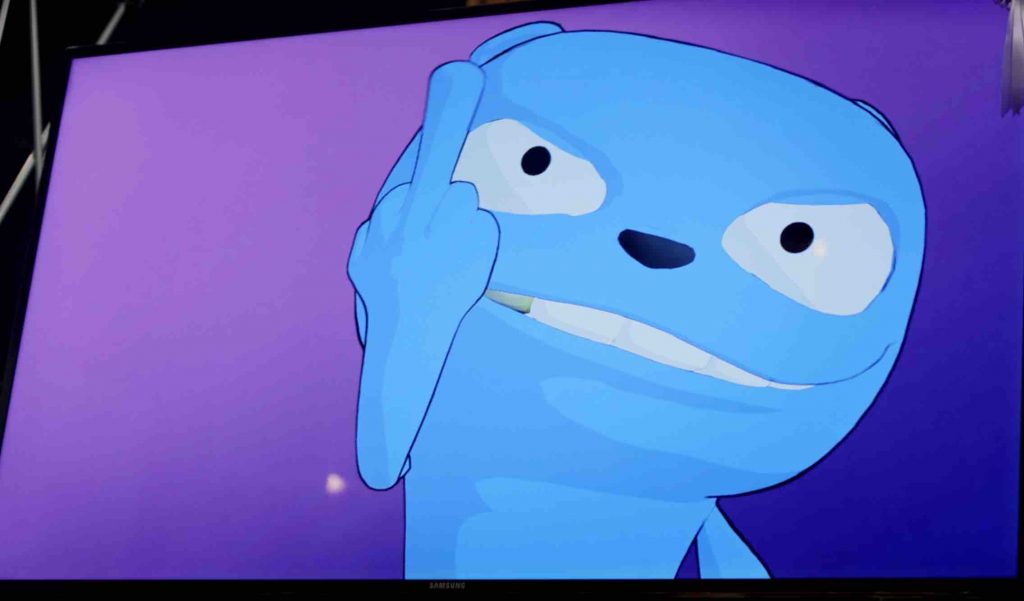 The race for the Presidency, much like the office itself, is often viewed as something all Americans can connect to on a personal level. Whether or not the data support us in our thought processes, we view presidential elections as events that reveal the soul of our nation on the first Tuesday after the first Monday of November every four years. In describing the augmenting power of the Presidency, Gene Healy points to the fact that voters “look to the president for salvation from all problems great and small.” The hodgepodge of feelings and emotions many people felt on the morning of November 9th is a result of the idea that there is some semblance of control to political events, that our collective democratic voice represents the best of us and that the most precious office in the land can only go to someone who falls within conventional standards. Defying our standards of reality has become the norm for the producers of the Netflix hit show Black Mirror.

Black Mirror is an anthology series created in 2011 by Charlie Brooker. The only elements tying the show’s 13 episodes (over 3 seasons) together are dark and dystopian themes of a world that looks very much like our technology-infused present day. Brooker has described the black mirror “as the [mirror] you’ll find on every wall, on every desk, in the palm of every hand: the cold, shiny screen of a TV, a monitor, a smartphone.” As we look into the black mirror of our phones and laptops during those brief moments that they are not on, we are not looking at an appalling, terrifying picture, but rather, ourselves. Brooker writes, “Just yesterday I read a news story about a new video game installed above urinals to stop patrons getting bored: you control it by sloshing your urine stream left and right. Read that back to yourself and ask if you live in a sane society.” Much of Brooker’s writing is useful to understanding the political situation we find ourselves in today.

Season 2 episode 3 of Black Mirror is the story of a foul-mouthed cartoon bear named Waldo that decides to run for Parliament by bashing the other candidates in the race as career politicians only concerned with their own power. To the surprise of the cartoon creators, the public loves it, and Waldo starts gaining support. Realizing the ridiculous notion of the candidacy, the original voice actor and controller of the cartoon decides to quit and begs people not to vote for Waldo in the election. Homeless and disgusted as Waldo’s anti-intellectual tirades have made him an international icon, the actor throws a bottle at a projection of Waldo on a public screen, unable to contain the force he unleashed. The AV Club’s negative review of the episode reads, “There’s just not enough there to suggest that Waldo’s moment would last much longer than 15 minutes.”

The very first episode of the series also has a political tinge to it. A popular member of the royal family is kidnapped, and the only way that she will be safely released is if the Prime Minister performs sexual acts with a pig and broadcasts it on live public television. After attempts to keep the unsettling demand under wraps, the media refuses to comply with the government’s requests and runs the story. Multiple efforts to rescue the Princess fail, and the PM is left with no choice. The kidnapper released the Princess before the Prime Minister started, yet she was wandering alone in the street as everyone else in London was watching the scene from their couches.

There are two main themes from these episodes which are particularly important to explore: a public willingness to embrace an unreal, crass being due to discontent with the establishment and a decision by media to follow profits rather than professionalism.

It has become canon among political scientists that partisans in America have become more polarized over the past three decades. According to 2016 Pew Research data, for the first in the history of their surveys, a majority of partisans viewed the other party as “very unfavorable,” with roughly 90% of both parties having an overall unfavorable view of the other party. With strict partisan politics also taking hold in Washington, gridlock has increased, with fewer pieces of legislation meeting the desires of the both parties.  Such gridlock accounts for some of the building frustration in the country explaining why Trump and Bernie’s anti-Washington rhetoric attracted so many voters.

There were warning signs of “Waldo” in the 2012 campaign on the GOP side. Herman Cain, Michelle Bachmann, and Trump himself each had their brief moments atop the primary campaign polls, leading Washington Post columnist Dan Balz to write in 2013, “That Trump could become, even for a few weeks, a potentially serious choice in the minds of Republican voters again highlighted a party whose leadership was being overrun by forces they could not control.” Frustration with existing political structures is only exacerbated as we turn on the black mirrors of our phones and TVs to view the political scene through the self-selected social media accounts that only further opinions we previously held.

The role of the media in the 2016 election cannot be overstated. “One thing I’ve learned about the press is that they’re always hungry for a good story, and the more sensational the better,” wrote Donald Trump in his book The Art of the Deal. The media confirmed Mr. Trump’s thoughts by constantly covering the rhetoric and actions of Trump having given him billions in free media coverage during the primary campaign. Style was far more important than substance, and site views far more important than fact. Matt Lauer embodied the “hungry” media personality and also drew the ire of many liberals as he spent one third of Hillary Clinton’s presidential forum on her emails and asked her to speed through more policy-driven questions relating to domestic terror threats, for instance. Post-election, CNN also received much criticism for their chyron stating, “Alt-right founder questions if Jews are people.” In refusing to take the ever so bold step of denying such a claim, CNN appeared to cover the issue like a policy debate, with respectable arguments on both sides of the issue. And in a seminal moment, a Trump supporter on CNN claimed that millions of people voted illegally, and “you can find it on Facebook.” Somewhere, Walter Cronkite’s corpse is wandering around looking for medicinal cannabis.

Black Mirror is supposed to be a show detailing the ills that technology can bring about on society. Yet, after the 2016 election, I am not convinced that if an actual cartoon ran under a party’s label, it wouldn’t get over 90% of that party’s vote share. The instant gratification of our smart phones feels a lot better than the slow, monotonous process of making laws. For some, a vote for Trump, like a vote for Waldo, felt good and sent a warning to the political class. With a media system designed for profit, often the grotesque attracts more profit than the truth. And it is difficult to see why things will change.