The Future of Left Wing Populism 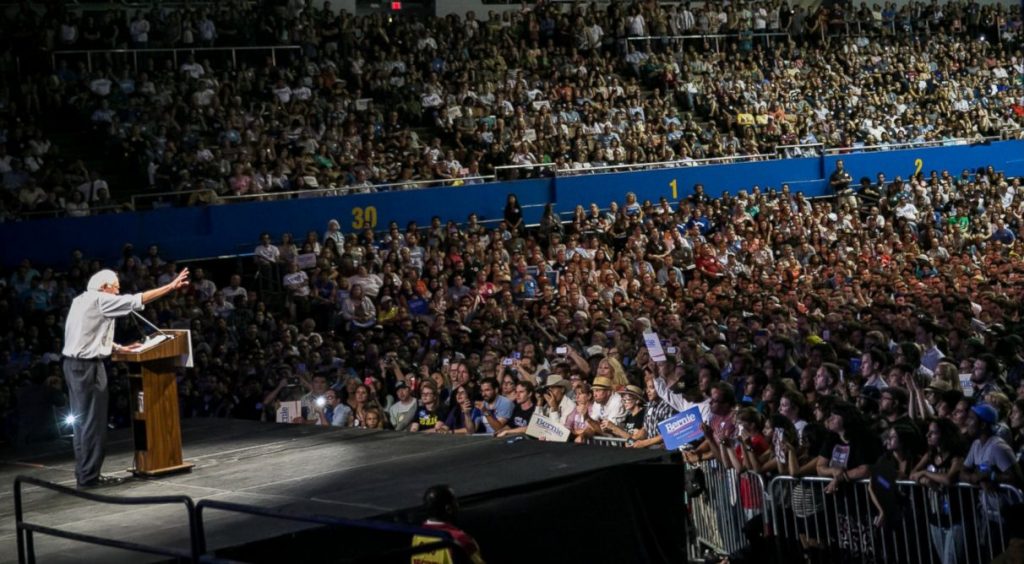 No one can reminisce on the most recent Democratic presidential primary race without recalling Bernie Sanders’ repeated cries about the “millionaires and billionaires” who hold all the power and money in America – those who represent the economic inequality that Sanders and his loyalists detest. Yet, Bernie Sanders is only a single component of a left wing populist movement that continues to spread throughout the United States since the election and gain momentum in the wake of a Trump presidency.

Vanderbilt political science professor Dr. Marc Hetherington explained that populism puts the will of the people, as opposed to the will of elites, at the center of political decision making. He stated that, “In the case of left wing populism, the bankers, the investment people, the big money folks [are the problem].” This definition of left wing populism is something that was echoed by Sanders on the campaign trail.

However, Dr. Hetherington argues that, rather than mobilizing people who had actually been hurt by Wall Street “millionaires and billionaires,” Sanders actually mobilized people who were concerned about those hurt by these economic elites – Sanders’ primary voters, for example, were typically young. Sanders’ messaging resonated with individuals who were not necessarily the victims of Wall Street greed, and therefore, Sanders’ campaign was not entirely populist. Yet Sanders’ sparked a current movement with his populist rhetoric. The post-election leftist movement was, in part, a result of Sanders, and it is becoming increasingly populist as more Americans become slowly disenchanted by an administration that fails to adequately address the economic concerns of the “everyday man.”

In addition, the current populist crusade has had the opportunity to learn from other grassroots campaigns to adopt new, more effective tactics to create change. Using town halls, calls and letters to congressmen, and large, public protests, the Democratic Party has borrowed resistance tactics from the right wing populist Tea Party, in the hopes of presenting a united front against the Republican Party. As progressive voters are mobilized under these new tactics, a new alliance is formed: populist, progressive Democrats are able to join hands with establishment Democrats to become a long-lasting and effective force against conservative values.

Dr. Lutjen also believes that Trump could align very well with Tea Party members. He says, “Many Tea Party people support Trump because he is speaking to their fears, [and] he [has] attacked Democrats.” These right wing populists– Donald Trump and the Tea Party– have been able to combine the disdain for big government with anti-immigrant rhetoric, creating an appealing movement for many Americans, as the 2016 election illustrated.

The success of left wing populism will require healing the divide between the establishment and populist progressives because the Democratic base is so economically and racially diverse. Throughout the Democratic primary, the establishment Democrats focused on identity politics, emphasizing the need to protect an increasingly diverse America, while the left wing populists focused on rising economic inequality and the economic hardships the average American faces. However, identity politics and economic populism don’t need to be mutually exclusive. Already the resistance efforts by the Democratic Party have seen progressives and populists come together in protest against the Republican administration. Recently, Tom Perez, viewed as the establishment candidate in the race for chair of the Democratic National Committee, was elected. In an effort to unite both the establishment and populist wings of the party, he appointed Keith Ellison, the more populist candidate, as his deputy chair.