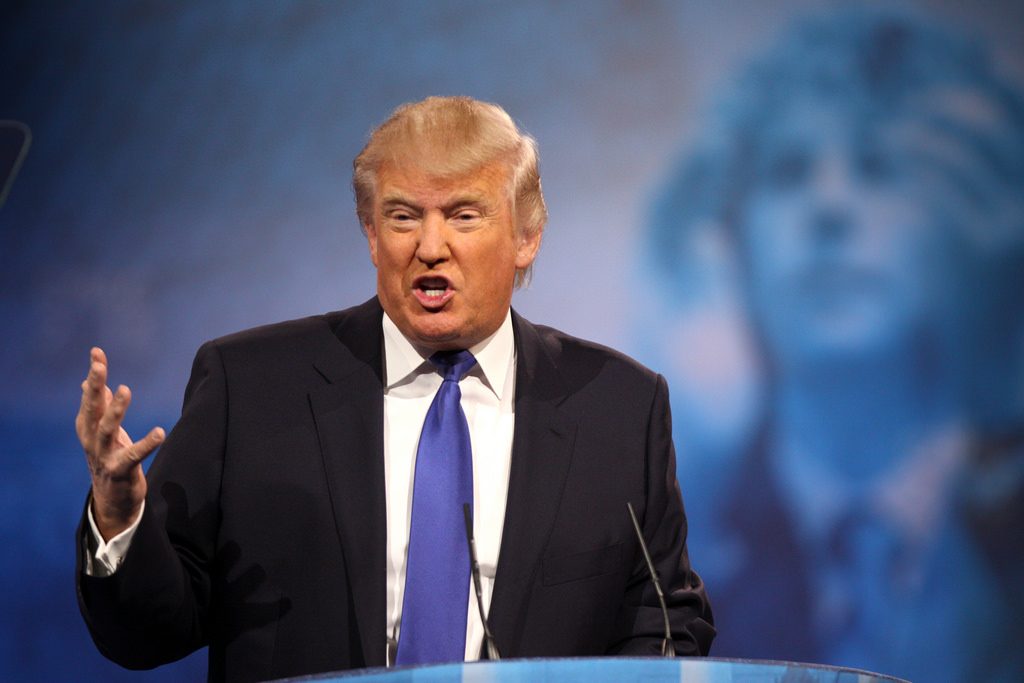 The opinions expressed in this article are solely those of its author.

Conservative commentators often say that Ronald Reagan brought a certain air of class to the White House. He was a smooth-talking, well-dressed, no-nonsense former Governor of California and actor. Dubbed “The Great Communicator,” President Reagan’s eloquence on controversial issues, such as our relationship with the Soviet Union, did create political disagreements in the nation; however, almost all Americans still had a deep reverence for the Office of the President and its occupant.

Nowadays, the same cannot be said of the current Republican incumbent. Those who say that President Trump is a continuation of the Party of Reagan seem to overlook the great differences in character between the two men. Donald Trump is a literal successor to Presidents Reagan, H. W. Bush, and W. Bush but fails to continue the bulk of the ideology for which they stood.

Republican Presidents, and Democratic ones, for that matter, have always had a contentious relationship with the press. Bush 43 saw backlash toward the end of his term for decisions he made following the events of 9/11. President Obama took heavy hits from the media for his administration’s role in several foreign relations blunders that seemingly exacerbated the deterioration of the Middle East. Clinton was the repeated target for failed foreign policy initiatives, especially U.N. missions in Africa. H. W. Bush had great success on the world stage, but the media didn’t forget the “No new Taxes!” promise. Reagan suffered for his role in the Iran-Contra Scandal.

As this (incomplete) list shows, Presidents from both parties have been targeted by the media with scathing remarks about their policies, and some, namely from Clinton onward, have been on the receiving end of highly personal remarks toward them, and, a majority of the time, these men have responded gracefully or didn’t even accredit the insults with acknowledgement. They had an inherent self-control, gained through years of experience in the public eye, that benefitted them and allowed them to, more or less, successfully implement their agendas.

In addition to the individual accomplishments of passing the VA Reform Bill, fully staffing his Cabinet, and getting Justice Gorsuch on the Supreme Court, Trump has been very successful in three major areas: Attention grabbing, mobilizing one of the most powerful voter bases in recent US history, and crippling his party’s ability to rule. These, however, are by no means a great political success for himself or the GOP.

After seemingly crossing a line – even among those who have been reserved about the President’s personal attacks – with his comments attacking MSNBC “Morning Joe” hosts Joe Scarborough and Mika Brzezinski, several Republicans came out and lambasted the President for his early-morning tweets, in particular the attack on Ms. Brzezinski.

Among them, Senators Susan Collins (R-ME) and Lisa Murkowski (R-AK), two of the GOP’s more moderate senators, took to Twitter to condemn the President for his remarks, scolding him for demeaning the honor of the Office he currently holds. Others who came out and condemned the President’s comments included Ben Sasse (R-NE) and Kirsten Gilibrand (D-NY).

One of the harshest rebukes came from Senator Lindsey Graham (R-SC) who tweeted, “Mr. President, your tweet was beneath the office and represents what is wrong with American politics, not the greatness of America.”

This was supposed to be Energy Week for the White House, during which the Administration coined the term “energy dominance” and rolled out the President’s plan to cut back environment regulation to increase the production of coal, oil and natural gas, as well as create jobs. Meanwhile, the Senate Republican Conference was hammering away, attempting to whip up the votes necessary to pass the Better Care Reconciliation Act. Both facts were quickly swept under the media radar in the wake of the President’s tweetstorm Thursday morning.

Many of his defenders point to the election as a referendum on the President’s continued behavior, often throwing out the phrase, “That’s who they voted for…”  in some way or another. Specifically, Sarah Huckabee Sanders, the Deputy Press Secretary, justified the comments, when asked during a press conference, by saying, “this a president who fights fire with fire.” Congressional Republicans, while noting that such behavior is inappropriate, have characterized the antics “maddeningly frustrating,” to use the works of Senator Pat Toomey (R-PA).

The lack of outrage begs the question: will the GOP ever hold Trump accountable? With the 4th of July recess underway, it is highly unlikely that either Chamber will do anything to officially send a message to the President. There may be a few more statements on Twitter or through a press conference or two – where Speaker Paul Ryan (R-WI1) called Trump’s attack “inappropriate” – but no Republican member of Congress will move for official Congressional action against the President.

Democrats will continue to moan and groan in their Chambers and caucuses, but they can’t do anything without the help of a few brave Republicans. The House would have a much more difficult time formally reprimanding the White House, but Democrats in Senate may have chance to appeal to a select group of Republicans who share a common sense of decency and have repeatedly spoken out against Trump and his “tactics.” Of the members listed above, Sens. Collins, Murkowski and Sasse would be the most likely to join the Democrats in an endeavour to scold Trump and hold him accountable for his actions. Other possible sympathetic minds might be McCain (R-AZ), Graham (R-SC), Heller (R-NV) and Cassidy (R-LA).

Collins and Murkowski broke from their party’s rank-and-file early in the President’s term, forcing Vice President Pence to cast a tie-breaking vote to confirm Betsy DeVos as Secretary of Education. They also expressed concern over the BCRA’s lack of medicaid funding, plan to defund Planned Parenthood and other women’s reproductive service providers, and severe underfunding to combat opioid abuse across the country.

The simple fact that we, as a nation, are having these conversations is disturbing in and of itself. Growing up (and I’m only 19), it was always said that “anyone could be President.” Of course, this was said as a word of encouragement to children who felt that they weren’t at the same capability as some of their peers. Donald Trump proved this maxim to be very true; however, he also brought a sour taste to the saying. Nowadays, parents across the country advise their kids against behaving like our current Commander-in-Chief.

The office, whose occupant should be a role model for all people – young, old, progressive, conservative, white, black, latino, asian, etc. – is now inhabited by the very antithesis of stately, presidential demeanor. While Democrats will continually target the president and do all in their power to “obstruct” his agenda (that is their job, as that is the only way to bring the majorities in Congress to the negotiating table), Republicans have sang multiple tunes, with some proudly embracing the real estate mogul and others trying to define the future of conservatism for the post-Trump Republican Party.

For some of us, we are looking for the Republicans to temper Trump’s often controversial statements and reclaim their party from the Trumpian forces that quickly pulled out the conservative underpinnings of the political right in our nation. Others are hoping that the President’s historically low numbers will drag down the Republican Party as a whole in the next elections. In order to restore the honor of the Presidency of the United States, both parties must bite the political bullet: Republicans must exile Trump and his powerful base, and Democrats must silence their best campaign weapon, the President himself.

This is where Trump comes in and destroys the Presidency. Instead of whipping his party, which has both houses of Congress, into generating and legislating his agenda, he has brought both the Executive and Legislative branches to a grinding halt – mostly through his inability to help reconcile and unify factions within the GOP and his delay in filling key positions across executive departments. He chooses to use the presidential pulpit to attack the press, as opposed to implementing and rousing support for his agenda.

It is also worth noting that even after the harsh backlash, Trump fired off a followup tweet against the “Morning Joe” team on July 1. Though less personal in nature, the President did continue his attack the show for what he says are it’s failing ratings.

President Donald J. Trump has reinvented the wheel, and it didn’t need fixing. President Trump is destroying the honor and prestige of occupying the White House. Donald Trump has endangered the very future of the Presidency, and while there is hope is to restore it, we will have to wait until November 3, 2020 for America to decide whether we want the Presidency to be great again.