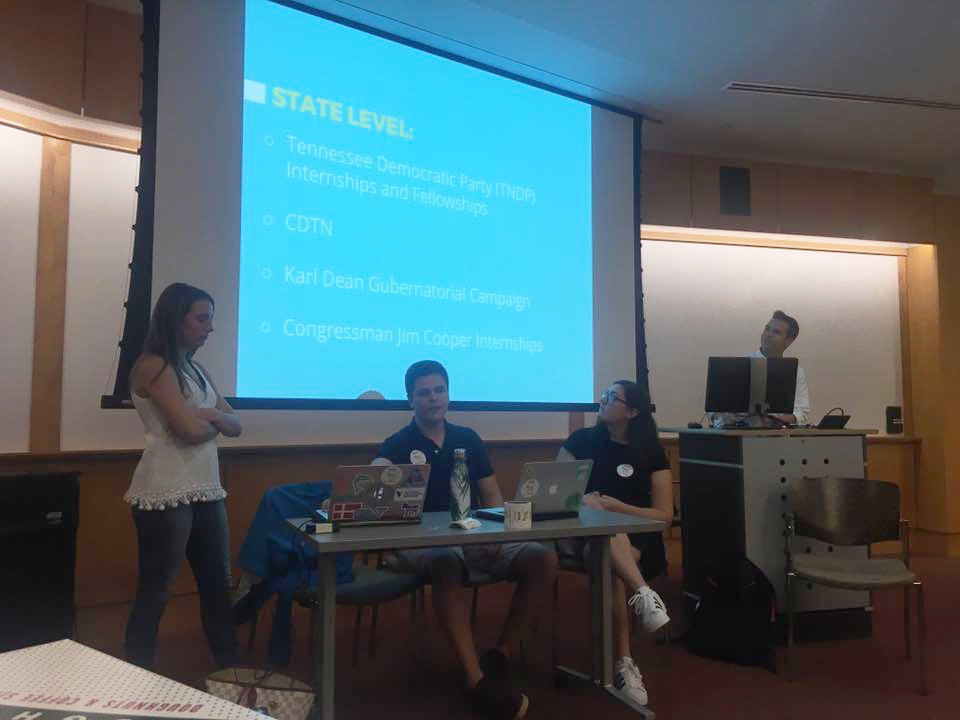 On Wednesday evening, students filled a Kissam Center classroom to discuss the role of women in American politics.

In a wide-ranging discussion on the challenges women face as electoral candidates and as public servants, panelists shared their personal experiences as women in politics and spoke optimistically about the future for women in politics.

Despite banner headlines about women’s historically high level of representation in government, women—half the U.S. population—occupy only 19.6 percent of seats in Congress. In Tennessee, the legislature is even more imbalanced; only 16.7 percent of legislators are female.

Knight, a former campaign staffer for the Obama 2012 and Clinton 2016 presidential campaigns, detailed the myriad barriers that a new political candidate of either gender encounters in seeking office. These include facing an incumbent who has a lengthy tenure in office, differences in relative name recognition, incumbent popularity, and district-specific contextual factors.

Nonetheless, panelists agreed that women still face powerful gender-specific barriers in seeking office, particularly in voters’ expectations of women’s family roles. Councilwoman Dowell, a single and childless woman, recalled knocking on a constituent’s door during her first political campaign and being asked why she wasn’t married and caring for children at home. She described the experience as one that made her realize “why some women are feminists.”

All five panelists, however, were upbeat about the future for women in politics, and reflected upon how it should be a bipartisan effort to get more women in Congress. The panelists all voiced a belief that having more women from across the political spectrum in office would be a positive development. As Professor Clayton pointed out, it will be mathematically difficult to reach gender parity in Congress if the Republican Party does not increase the proportion of its legislators who are female.

Ending the night, every panelist urged the millennials in the audience to be engaged in politics and cognizant of how political decisions affect their own lives.