Sexual Assault at Vanderbilt: Part 2 – An Overview of Vanderbilt’s Resource 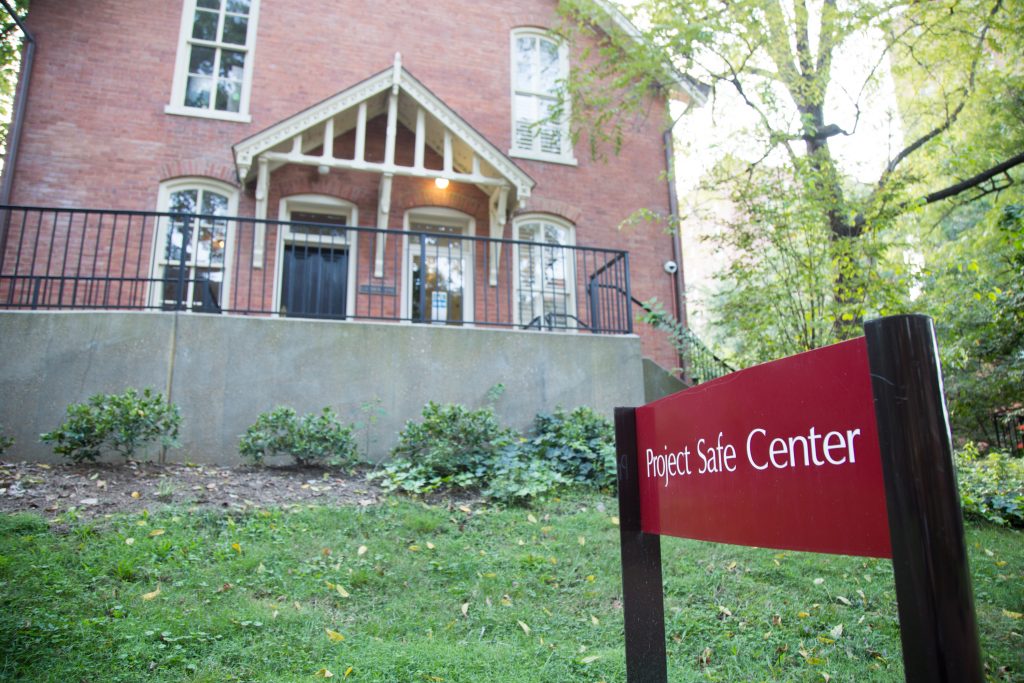 When the average adult thinks of sexual assault at Vanderbilt, they invariably think of Corey Batey and Brandon Vandenburg. They remember watching the story unfold in the news, and they remember their outrage when the judge granted a mistrial. Over three years after the assault, the pair were finally sentenced to 15 and 17 years in prison, respectively.

However, if you ask a Vanderbilt student about sexual assault on campus, a more personal experience likely comes to mind. They think of their best friend, their roommate, their sorority sister or fraternity brother. It is estimated that one in four college women will experience sexual assault in college, along with one in sixteen men. The issue of sexual assault becomes increasingly prevalent in other marginalized groups in America – as one in two trans individuals are assaulted by the age of 18. With the aforementioned statistics, most Vanderbilt students, like other college students across the nation, know someone who has been affected by this epidemic on college campuses.

When looking at the issue of sexual assault at Vanderbilt, Project Safe (Center for Sexual Assault Prevention and Response) and Vanderbilt Student Government’s Sexual Assault Awareness and Prevention Committee (VSAP) lead the majority of awareness training on campus with programs like Green Dot bystander intervention training. Like every other university in the country, sexual assault is present on campus. However compared to other colleges, Vanderbilt’s recent changes this past decade have led to effective change on the issue.

In an interview with VPR, Cara Tuttle Bell, Director of Project Safe noted that “Vanderbilt seems to be past the awareness part and solidly in the culture change phase,” characterizing the university as being “ahead of the curve.”

One strength of Vanderbilt is its commitment to “providing resources to addressing [sexual assault] on campus,” said Tuttle Bell. “It is unusual [to have] this many staff members,” as “a lot of schools are still relying upon one to two human beings,” while Vanderbilt has “5 staff, grad students, practice students, and beautiful buildings.”

Project Safe is the primary on-campus resource for any individual seeking to acquire more information or learn how to best support a survivor. Tuttle Bell tells us that the Vanderbilt policy on sexual assault is very clear. Any sort of sexual assault, sexual harassment, sexual exploitation, stalking, dating violence, and domestic violence is prohibited under chapter seven of the student handbook.

It states that University response to any reports of violations “depends upon a variety of factors, including the wishes of the victim, the facts and circumstances of the specific incident, to whom it was reported, and the University’s obligations under applicable federal and state laws.” However, Tuttle Bell said, “The University is typically limited in its ability to respond, though, if the victim of the incident does not participate in the investigative process.”

According to Project Safe’s website, they have a “twofold mission” in order to assist with “prevention education” and “victim advocacy services.” Aside from having a 24-hour hotline, Tuttle Bell continued to point out how Vanderbilt includes “student input with policy provisions” – a “rarity among colleges.”  For instance, VSAP has aided in raising concerns of parts of the provisions that aren’t clear, with respect to the definition of coercion, clarifying the language to make clear that the individual who is penetrating can still “be the victim of a sexual assault.” Many institutions worldwide define rape as the penetration of a vagina by the penis, while Vanderbilt’s policy works to be “gender neutral and inclusive.” While correcting various issues with the former policy, Vanderbilt student Sydney Silberman addressed the possibility of the penetrator being the survivor, which holds the policy accountable to the inclusivity it promotes. This change, along with various others – including the blurry definition of coercion – have been corrected in the 2016-2017 policy.

Although sexual assault policy has remained fairly constant, the most significant change was Project Safe Center’s shift from being a private resource to a confidential resource. This change concerned mandatory reporting to other institutions and was designed to make survivors of sexual assault more comfortable with utilizing campus resources in order to cope with the incident. As a university resource, Project Safe Center was obligated to provide the Equal Opportunity, Affirmative Action and Disability Services Department (EAD) with identifying information of all cases of sexual assault that were reported to them. This means that the name of the survivor and perpetrator as well as the time, date, and general location of the incident were shared with others.

Now, Project Safe’s role as a resource has changed. As a confidential (limited) resource Project Safe will only provide the Title IX Coordinator with limited, anonymous details of the incident and will provide similar crime statistic information to Vanderbilt University Police Department. Without the consent of the survivor, further identifiable information will not be shared with other groups. As Tuttle Bell explains, this shift is incredibly helpful in encouraging survivors to open up about their experience: “Because there is often so much uncertainty in the aftermath of an incident it is so important to allow students to process, explore, and weigh their options.”

Before the change to a confidential (limited) resource, survivors of sexual assault could be deterred from utilizing available resources for fear of starting an investigation involving offices across campus. This shift “will give people a little bit of time to decide if they want to share their story with EAD and participate in a University or criminal investigation,” according to Tuttle Bell. The EAD, she explains, is the investigative office for incidents of sexual assault. Additionally, the EAD ensures the university’s fulfilment of Title IX and other anti-discrimination laws.

The staff at Project Safe Center hope that their shift from a private resource to a confidential one will encourage students to come to the center in order to connect with qualified and experienced figures who want to aid survivors through the difficult and uncertain period following sexual assault. After all, as Tuttle Bell explains, Project Safe “is a support resource” that “provides victim advocacy and prevention education.” She hopes that that this move will reassure students that they are in control of the way their incident is handled while still taking advantage of the valuable resources available at Project Safe.

The general consensus from many individuals on campus, including Tuttle Bell, on barriers that still remain regarding sexual assault is that many sexual assault myths are still very prevalent in society. In a second interview with Tuttle Bell, she explained how the myth that “false reports are common” is so pervasive even though the FBI tells us that false reports range between “2-8% of all reports” which is consistent with any other type of crime. These myths are upheld by casual sexism and a culture that tolerates sexual assault, while many often think that “the occasional joke isn’t connected to the larger view of how society tolerates rape culture.” The anonymous source who was interviewed earlier in the article said that “further progress on the issue of sexual assault is dependent upon addressing societal complicity in maintaining the dialogue which perpetuates rape culture.”

When asked about what she felt many students initially fail to grasp about sexual assault, Tuttle Bell stated that people often fail to realize that the statistics are real. “First year students who are very receptive [often have] difficulty believing the numbers are this high,” said Tuttle Bell. Time and time again she has heard individuals say that they “didn’t believe the numbers when [they were] first-years but [they] now believe the epidemic nature of sexual assault.”