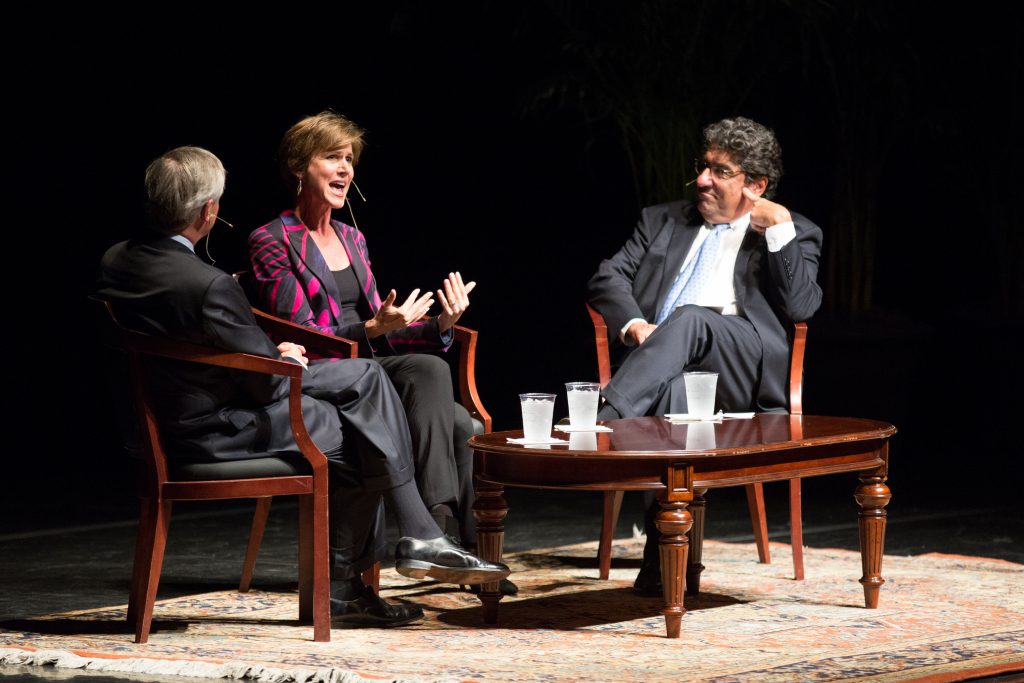 This article was written by new VPR contributor Yuhang Zhang.

After working for a few years as an associate at the large Atlanta firm King and Spalding, Yates was selected to be the Assistant U.S. Attorney for Georgia’s Northern District. Eventually, Yates was nominated by former President Obama in 2010 to be the U.S. Attorney for the Northern District, leading to her 2015 confirmation to the second-highest position inside the Justice Department, the Deputy Attorney General of the United States.

In response to Trump’s travel ban, she published an editorial criticizing Trump’s actions in the New York Times on January 28th; on January 30th, Yates subsequently ordered the Justice Department to ignore the travel ban, and was immediately fired by Trump. Since then, she has testified before Congress about Russian interference in the 2016 election, as well as recently campaigning for a Democratic Attorney General and joining Georgetown Law as a lecturer.

Throughout the talk, the former Attorney General juggled questions from both Meacham and Zeppos, beginning with the events of her fateful firing. As Yates explained during the talk, the months after a presidential transition are normally a period of inaction within the Department of Justice; the Department was thus blindsided by the sudden announcement of Trump’s travel ban.

“We were trying to get our arms around it,” Yates explained. “What is this thing? Who does it cover? What does it accomplish?”

She continued by explaining her controversial decision to stand up to Trump, rather than resign in protest, saying “I could resign, but then, what I’m going to be saying is “I’m outta here, you guys figure this out.” She explains, “What that meant was that I would effectively be sending Department of Justice lawyers in to argue something I didn’t believe was grounded in the truth”.

Vanderbilt students have a valuable lesson to learn here about personal conviction and bravery. Whatever the validity of her claims against Trump’s travel ban, Yates’ sacrifice of a 28 year career in the Department of Justice had no definitive benefits towards her; if she had resigned in protest instead, her career with the Department would be intact. This willingness to place country above individual and duty above career showcases a trait too rare in politics- that of dignity, humility, and responsibility.

The night ended nostalgically, as both Zeppos and Meacham led Yates to reflect on her long career in the Department of Justice. She remembered Obama fondly, recalling him saying to her, “You don’t represent me, you represent the people of the United States. And as long as you remember that, you’ll be good at the job you do.” This comes in great contrast to Trump’s controversial attempts to control both Yates and current Attorney General Jeff Sessions.

Yates wrapped up the night by stating that she “had a hard time picturing” herself running for office, and encouraging many of the audience members to view the Department of Justice as a favorable career, stating that “it’s the best job you’ll ever hear.”