OPINION: Football’s Woman Problem and How Vanderbilt is Contributing to it 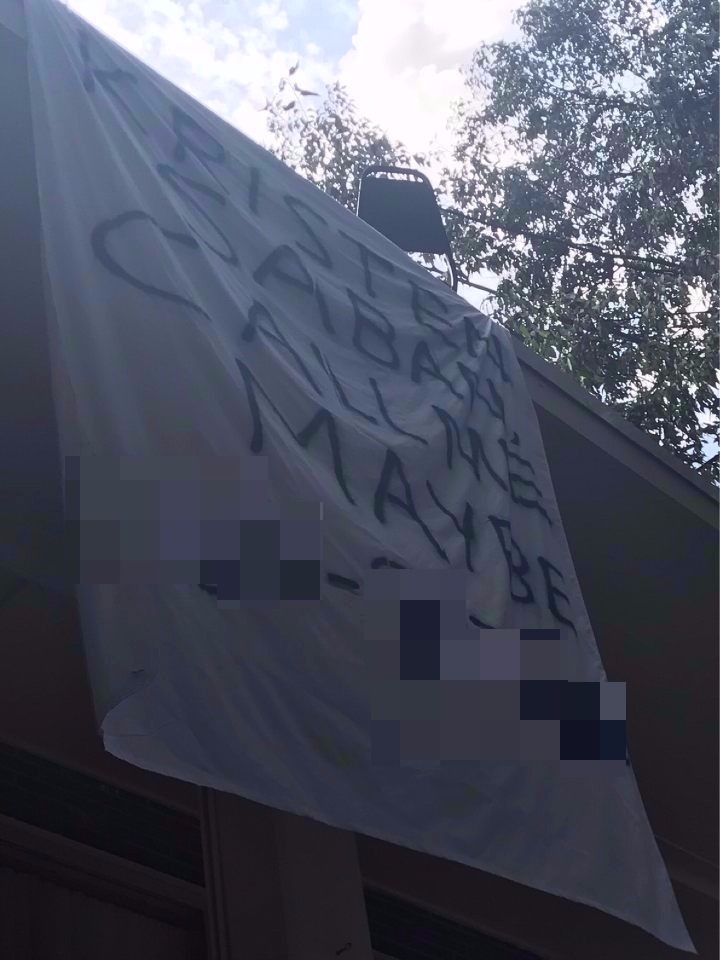 My dad is an avid sports fan. If I make it to one game in an entire semester, it’s a miracle, but I can always expect score updates from him to keep me in the loop. Even from afar, I always get really into it. Not for the “beauty of the game,” but for the competition. I feel the same unwavering loyalty as the people who preemptively tattoo their team name under the super bowl logo, and I can understand the urge to not just win, but to humiliate the opponent. The signs popping up behind fan heads on the SEC network and dangling from fraternity porches during the Alabama game this weekend were frequently a little mean, making fun of their academics, but they were still really funny. Amidst the chuckle-worthy bubble-lettered insults, however, were a few signs that took the jokes too far.

The night before the game, I was walking to my Towers suite and I saw a hastily spray painted banner flowing from the house announcing “Fiji [hearts] Kristen Saban.” As someone who had listened to my dad talk incessantly over parent’s weekend, I recognized that last name, so I looked her up. Kristen Saban is the daughter of Nick Saban, the football coach at the University of Alabama. Despite the slight discomfort I felt, I let it go. And then the next day at the tailgates, I saw another sign that said “Kristen Saban Call Me Maybe,” with a number listed below. Other signs on SEC nation said worse, a quick google search of “Kristen Saban signs” is shocking.

These signs may seem innocent; after all, Kristen Saban is gorgeous, but the purpose of these signs is to humiliate the University of Alabama and their football team by humiliating their coach. And to attempt to do that by implying that they want to sleep with his daughter objectifies her and reduces her to a being only in reference of her belonging to a man; in this case, her father. The sentiment is misogynistic at its core. Subtly, these signs allude to Ms. Saban as the real prize, regardless of the outcome of the football game. At the end of the day, the frats and fans suggest, whoever goes home with Ms. Saban is the winner-bringing a whole new meaning to “trophy” woman.

Unfortunately, this kind of misogyny does not occur in a vacuum. This past May, according to USA Today, at least six players accused of sexual or physical assault were drafted into the National Football League, which already has had its fair share of sexual and domestic abuse scandals and rarely punishes to fit the crime. The NFL knows that football fans just do not care about these accusations, as long as their team wins, the players are held as gods. Meanwhile, cheerleaders and dancers in the league, whose bodies are objectified by millions of fans, struggle to get any pay at all despite rigorous practices and work hours.

I am not equating a spray-painted sign at a frat house to sexual or domestic assault, but the line of what is acceptable and what goes too far is certainly muddy. If these signs are just good fun, why aren’t the West Virginia University signs reading “Daughter daycare” and “She called you ‘daddy’ for 18 years, now it’s our turn” that claim to welcome freshman girls to campus? Culturally, the epidemic of physical violence towards women on college campuses, in the NFL, and in America will not end as long as we say it’s ok to objectify women, if they go to a school we perceive as worse than ours, and if they are related to the opponent’s football coach. We don’t get to humiliate women just to humiliate our opponents.