OPINION: Why Outstanding Senior is Overrated 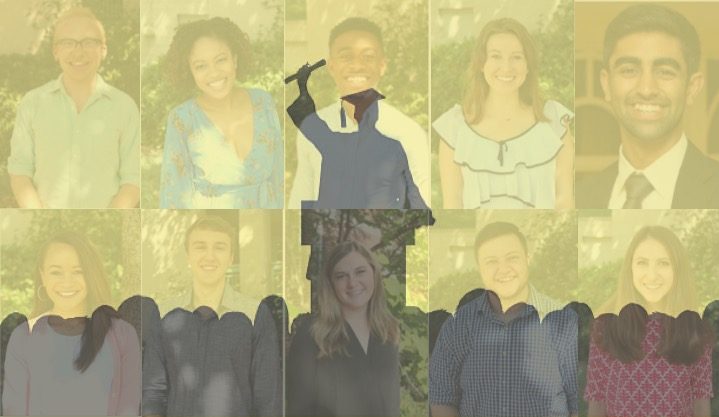 As the homecoming game approaches on October 7th, alumni flock to their alma mater, first years prepare for the inevitable 15 pound weight gain from McDougal’s chicken, and parents enthusiastically buy a third set of gold pom poms. Seniors, however, fake smiles and cheers as their peers are acknowledged for accomplishing the “Most Outstanding Senior” title. However, what many do not realize is that the process of picking Vanderbilt’s most outstanding senior is inherently flawed.

Beginning with a nomination from a student organization, or occasionally a faculty member, the selection starts with what is essentially a popularity contest. Within organizations, many administer a democratic vote to most fairly choose their nominee. More often than not, the executive board, composed of seniors, delivers a poll for members to choose among those considered; ironically, the person nominated is often the one leading the vote in the first place. If, however, the organization is more discreet in their biases, an underclassmen will conduct the vote. The result is the same- the more name recognition garnered by a member the more votes he or she receives.

The requirement of nomination by an organization is rooted in privilege. Most clubs meet after the end of the school day or on weekends. These times, however, are the same times available for students to work for an income. Students who must work to sustain themselves will likely be involved in fewer clubs than those with free nights and weekends. Thus, the sheer number of clubs students of lower socioeconomic status are able to join puts them at a decreased likelihood of nomination. Because students who work cannot participate in as many clubs, it is likely that those who are nominated do not reflect this population. This truth perpetuates the stereotype that Vanderbilt’s student population is, inherently, wealthy. Of course, many students who do not meet this stereotype are pushing boundaries and becoming campus leaders, but the likelihood is not as high. Labelling a student involved in multiple clubs as the “most” outstanding infers superiority over those who worked four jobs while maintaining a 4.0 GPA. While both are certainly outstanding, only one meets Vanderbilt’s definition.

After an interview round with three staff and faculty members to narrow down nominees, the last step in the outstanding senior selection process includes publishing perfectly lit headshots and allowing students to vote on who they believe is the most qualified. Unlike previous years, the 2017 Outstanding Senior contest did not have biographies visibly attached to each candidate’s name, so voting was based almost entirely off of name recognition unless you noticed a small “i” icon next to the names and clicked each. While many students would like the outstanding senior to represent the student body, it is difficult to decipher who is positioned to do that without some sort of obvious description of involvement. With the student body left to select their most outstanding senior representative via vote, the entire process is turned, once again, into nothing more than a popularity contest. While this alone has its own merit, perhaps “Vanderbilt’s Most Popular Senior” is more appropriate considering the selection routine.

Thankfully, the Vanderbilt’s Most Outstanding Senior contest is becoming increasingly diverse with each year, and the nominees continue to inspire. Each nominee is truly outstanding and has a monumental impact on Vanderbilt’s campus. After three full years at an elite university, every fourth year Vanderbilt student is qualified to walk the field at homecoming under the “Outstanding Senior” title. No matter the club involvement or leadership positions, every single student contributed uniquely to the special environment and culture of Vanderbilt. Nominated or not, each senior at Vanderbilt is outstanding.