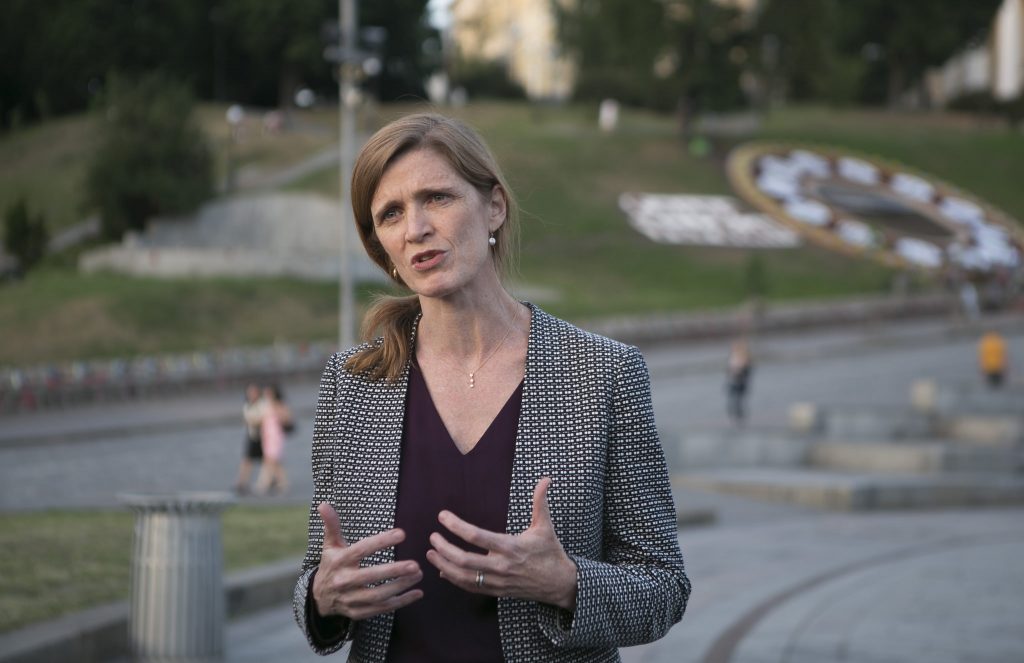 Continuing its long-standing tradition of presenting high-caliber figures, the VPB Speakers Committee will be hosting prominent political figure Samantha Power on October 19th at 7:00 PM in Langford Auditorium. Power has been a fixture in both American and world politics, serving on Obama’s White House National Security Council and more recently as the US ambassador to the United Nations.

Power started her career as a journalist and author. Her Pulitzer-prize-winning book, A Problem from Hell, America and the Age of Genocide, highlights the tone of ambivalence inherent to American attitudes towards foreign genocides. Mrs. Power has continued to make her mark on diplomatic relations since winning the prize by holding a diversified set of governmental roles.

In 2008 Power had to leave the Obama campaign after dubbing Hillary Clinton a “monster” in an interview with the Scotsman, a Scottish newspaper. She profusely apologized almost immediately after the incident, describing then-Senator Clinton as a relatable and competent leader. She has since worked with Clinton on a variety of occasions. Regardless, this affair signaled Power’s emphatic ties to the principles of the Democratic party, and affirmed her reputation as a political spark-plug.

From 2013-2017 Power confirmed her reputation as an anti-genocide warrior in her tenure as US ambassador to the United Nations. She notably took hard stances against Russian military action in Crimea, while also assertively denouncing the horrific human rights violations that occurred in Aleppo, rhetorically asking Presidents Vladimir Putin and Bashar al-Assad  “Have you no shame?”

Former Ambassador Power is currently implicated in the congressional probe regarding Russia meddling with the results of the 2016 election. This is due to her alleged unmasking requests in regards to the Russian election meddling probe. According to House Intelligence Committee Chairman Devin Nunes, “one official, whose position had no intelligence-related function,” made hundreds of these requests during the Obama administration. This person has not been identified yet, but the sources currently available to Congress point to Power’s involvement.

Despite her somewhat checkered past and polarized opinions, Samantha Power provides a unique and profound perspective on the current political climate, and will surely captivate her audience on October 19th.