North Korea, Vanderbilt University, and You 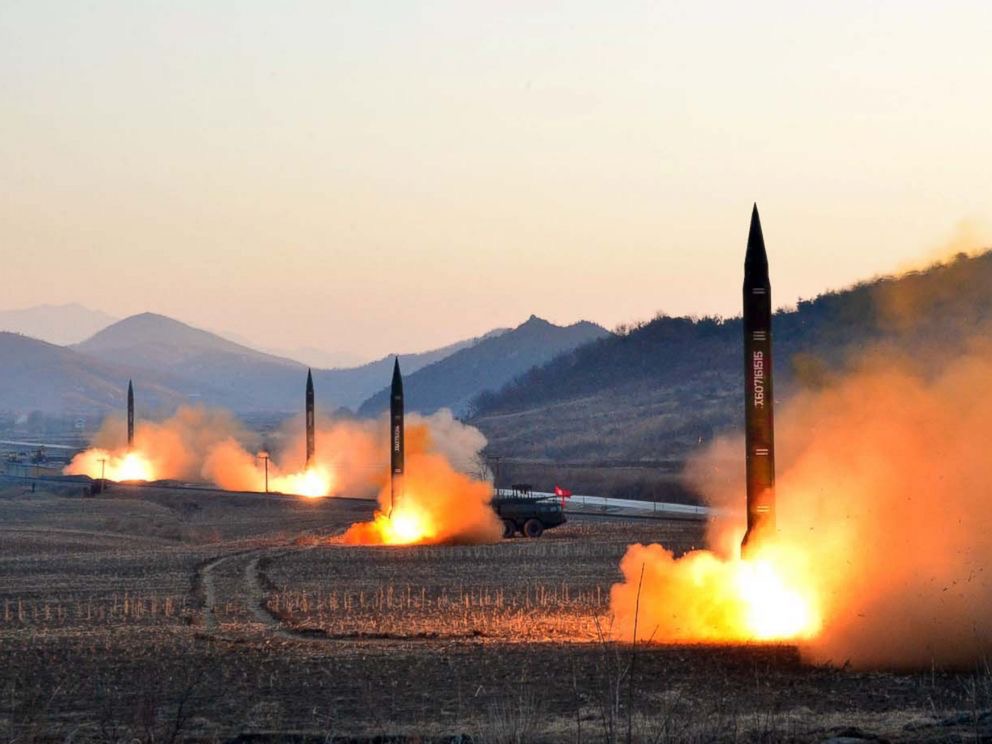 “I follow a lot of politics stuff on Twitter and the news so [North Korea] is definitely on my mind,” said junior Camron Shirkhodaie.

According to Co-Director David Wright of the Global Security Program of the Union of Concerned Scientists, a missile launched from Pyongyang, North Korea could hit West Coast cities such as Los Angeles and San Francisco in thirty to thirty-four minutes. North Korea successfully launched its first nuclear test on October 9, 2006, but within eleven years, Kim Jong Un has caught the world off-guard by demonstrating his capability of launching an intercontinental ballistic missile (ICBM), a hydrogen bomb, and striking the West Coast of the United States.

Recent rhetoric between President Donald Trump and Kim Jong Un has added additional fuel to the possibility of a launched missile.

Seoul, the capital of South Korea, lies thirty-five miles away from the border of North Korea. Rocket analyst Markus Schiller of the German company ST Analytics estimates that it would take up to six minutes for Kim Jong Un to attack the South Korean capital, a city Schiller describes as having “porous defenses.” South Korean Vanderbilt students who live less than a half-hour drive from the demilitarized zone between North and South Korea (DMZ) responded to the situation.

“All the crazy behaviour is done with the purpose of maintaining their regime,” said Min Jun Lee, a mathematics major from Seoul. “Contrary to Kim Jong Il or Kim Il Sung, Kim Jong Un is a much weaker leader.” When asked if South Koreans ever felt threatened or worried by North Korea, he answered, “No, not at all. We know that there won’t be a war.”

Freshman Estelle Yu iterated similar sentiments of calmness, noting the economic significance of South Korea to the rest of the world. Yu remarked that South Korea “is too valuable to experience the destruction of war especially with its smartphone and shipbuilding industries.” She also added, “If North Korea really wanted to strike the United States, they would have already done it.”

Yu and Lee also weighed their opinions on the solution to the nuclear crisis. “We will have to wait until North Korea is economically unable to do anything,” Estelle said. Lee agreed, adding the possibility of Supreme Leader Kim’s health being a factor. “It’s credible that Kim Jong Un’s weight problems will lead to his downfall. He’s too fat.”

According to the Central Intelligence Agency World Factbook, North Korea’s real gross domestic product (GDP) per capita lies at $1,300 per capita, and two in five of its citizens are malnourished. Waiting for the state to collapse has already been discussed as a solution; Donald Trump is currently pushing for the first-ever oil embargo on North Korea, something Jethro Mullen of CNN claims could “bring North Korea to its knees.” Kim is also known to suffer from a myriad of health problems. The South Korean National Intelligence Service estimates him to weigh over 290 pounds.

For Vanderbilt students on campus, armed conflict largely remains a distant possibility. Tennessee lies seven thousand miles away from North Korea, meaning that the country is incapable of striking campus. And according to the New York Times, an accurate attack on United States soil remains unlikely due to American missile defense systems.

Arms control expert Joseph Cirincione also points to the military superiority of the United States over North Korea. “[The United States] would answer with an overwhelming, devastating nuclear counter attack,” said Cirincione. “And our nuclear weapons and command and control are designed to operate in a nuclear war environment, not just some puny EMP blast.” South Korea additionally holds the United States Forces Korea (USFK) consisting of 35,000 American troops at 38 bases with an official mission to “deter aggression and, if necessary, defend the Republic of Korea.”