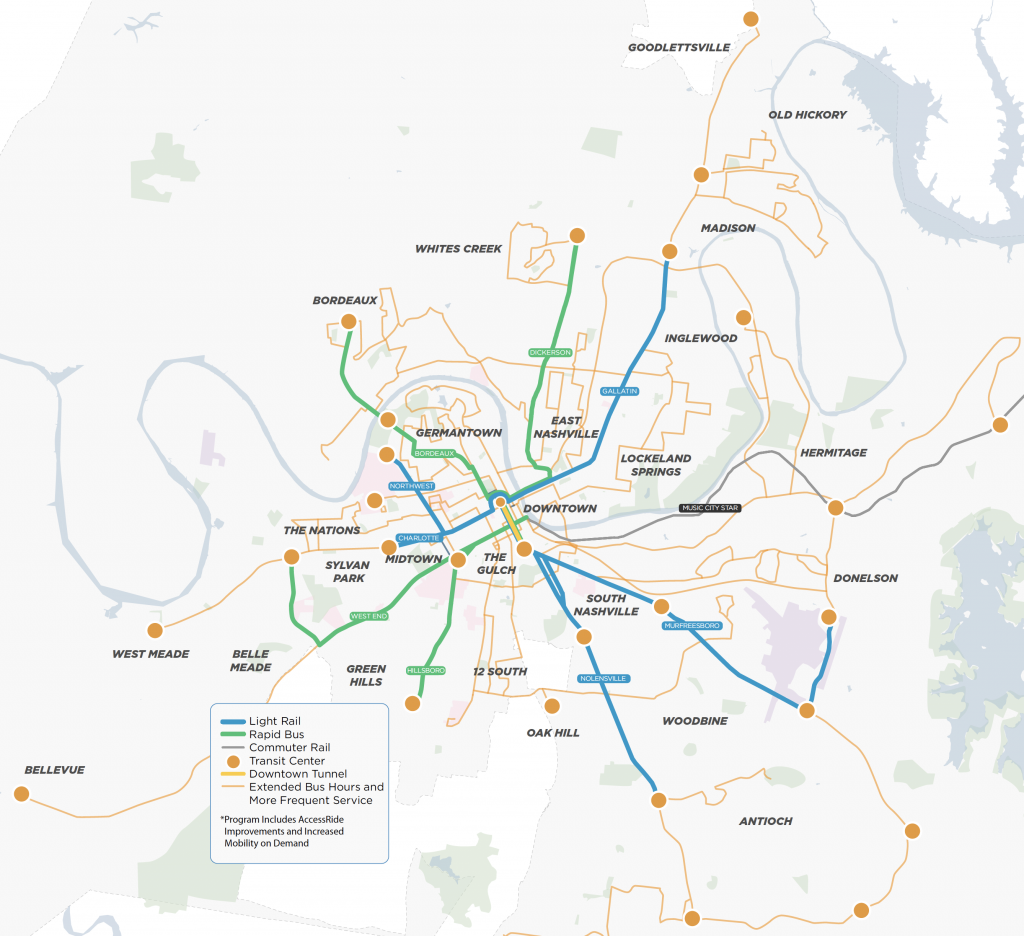 As all Nashville residents have experienced, traffic delays and congestion have become a routine part of commutes. Mayor Megan Barry has proposed a new transit plan, backed by the Transit for Nashville Coalition, called Let’s Move Nashville to target this. She encourages Nashville residents to sign a petition to put her $5.2 billion plan on the ballot in May.

The plan covers many aspects of current transit problems in Nashville. For example, while the Nashville MTA buses offer an alternative to driving, the plan proposes that MTA expand its hours of service and its frequency. The plan also proposes a light rail, which would circumnavigate daily traffic congestion by traveling in its own lane while connecting the busiest corridors in Nashville. In addition, rapid bus lines would bridge various neighborhoods such as Hillsboro and West End and would feature fewer stops than the traditional bus lines. Both the rapid bus lines and the light rail would service the downtown area through an underground transit tunnel. Finally, the plan calls for improvements in accessibility and safety through real time information and same-day schedule availability. In addition to making Nashville more accessible, Mayor Barry’s plan will eliminate fares for Nashville residents living at or below the poverty line.

Construction for Let’s Move Nashville is estimated to take 14 years. While significantly disrupting the already congested traffic patterns in downtown Nashville, the lengthy time frame poses a real issue to passage and is a concern for many Nashvillians. The disruption will greatly affect individuals who work downtown. It is also possible that the construction could pose a threat to the thriving businesses and tourist attractions in downtown Nashville if the area is more difficult to reach. Additionally, current bus routes could be altered due to ongoing construction. Nevertheless, Mayor Barry argues that the ultimate benefits of Let’s Move Nashville outweigh the considerable drawbacks of the construction.

The plan is estimated to cost $5.2 billion and will be funded through a combination of business, sales, and tourism taxes shared between Davidson County residents and visitors. Former Mayors of Nashville Phil Bredesen, Karl Dean, and Bill Purcell support the transit plan.

As part of the Transit for Nashville Coalition, the Vanderbilt College Democrats have agreed to support the campaign by educating Davidson County residents, volunteering for the campaign, and providing spokespeople on behalf of the coalition.