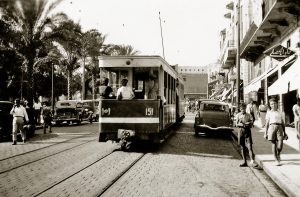 This past summer I had the opportunity to visit some of my family members in Beirut, Lebanon.  For the most part, I was literate about the Syrian Civil War and current political discourse in Lebanon. Yet, my understanding of Middle East politics was changed when I was able to travel within Lebanon and around Beirut.

I would describe the current political “peace” in Lebanon as a miracle because the cities and regions are almost segregated along religious and ethnic backgrounds. Certain areas in the mountains of Lebanon are mainly concentrated with Levant Christians and, Shia groups mainly dominate the population near the Israeli border. This division is not only evident by population statistics but also by the sheer fact that one’s religion automatically assigns one to an ethnic group. In part, the mixture of ethnicity and religion plays a distinctive role in Lebanese politics. The current government is constructed under the framework of consociationalism- where high governmental offices are reserved for religious communities.

What I saw in Lebanon is that these religious and ethnic groups are divided to a point where the entire network of Lebanese society and government is fragmented. It is like there are 3-4 countries existing within an entire government of one “Lebanon”. This led me to apply this theory to Lebanon’s Syrian neighbor.

The Syrian Civil War has impacted many Vanderbilt students in indirect ways. The recent immigration executive order, the new influx of refugees, increase US involvement, and new waves of terrorism have changed the way in which the war is viewed from the West and outside nations.

The BBC’s “Syria: The story of the conflict”   provides a brief overview of the Syrian Civil War and how its has progressed over the years. The main players are the Assad Regime, Free Syrian Army, ISIS, Jabhat Al Nursa, Hezbollah, Iran, Kurdish Forces, and Syrian Democratic Forces. This list is not limited because there are many other local militias that fight alongside the groups listed above. The brief storyline is that during the Arab Spring, many Sunni Syrian citizens showed discontent with the long rule of Bashar Al-Assad and his Alawite regime.

Like in Lebanon, Syria was governed by Alawites and Shia ethnic groups, but the majority of the nation is Sunni. Many government positions and powerful interests were given to the Alawite minority(this is a general trend). The location of the Alawites and the capital of Damascus signify that the power was held by only one religious and ethnic party that spread its dominion over the Sunni and Kurdish regions near Iraq and Turkey. Many other factors led to discontent like slow economic growth and corruption.  The similarities between Lebanon and Syria prove that this kind of war would arise if the social and political conditions did not improve or at least try to be more fluid along ethnic lines. This was the main driving factor in Lebanon’s civil war in 1975, where over 1 million were displaced.

The future of Syria is bleak with no clear path to peace. The Assad Regime is advancing forward and may become the overall most legitimate government entity in Syria. His government has gained support from Christian, Druze, and some Kurdish minority groups. With the help of Iran and Hezbollah, the so called Syrian Arab Army has been able to gain ground against terrorist organizations and rebel groups around Damascus, Aleppo and even towards the Kurdish region near Raqqa. Yet, the indiscriminate killings and bombings have increased the casualties and led to a humanitarian crisis.

On the other side, the Free Syrian Army has been fragmented as they do not have a clear chain of command and may have ties with other terrorist organizations. The United States stopped aiding the rebel groups because of their inefficiency on the battlefield, and their lack of leadership in the public sphere de-legitimizes their cause. This crisis has been made more complicated as proxy powers have intervened into the fight. Russia, the US, Turkey, and the Gulf States have made it even more difficult to find peace.

Only time will tell how the Middle East will be reshaped. The number of nations and interest groups involved reveal that the war will not end anytime soon.
– Salem Sayegh(author)