OPINION: In Defense of Trump 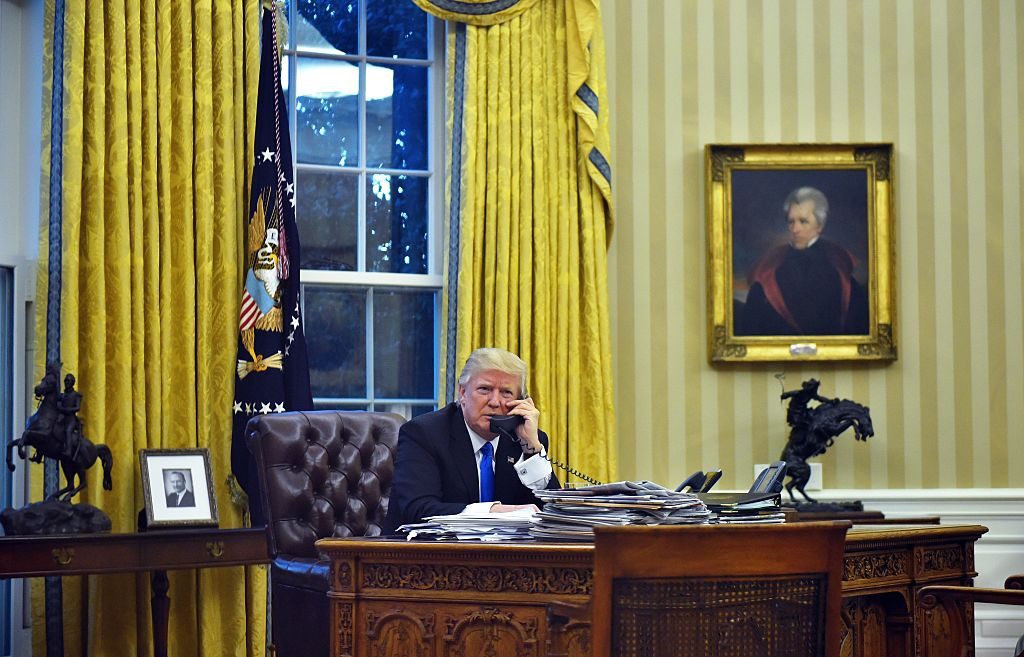 In approaching the end of any president’s first year in office, it is customary to look back and evaluate the accomplishments of what is traditionally the most productive year of their term–especially with unified party control of the federal government. President Obama’s first year in office saw the passage of stimulus bills, the Affordable Care Act, and financial regulation reform; however, in the case of the current president, no major legislative achievements have occurred and only one may be accomplished with the passage of tax reform.

This squandering of a unified Republican government is not the fault of President Trump, but of the ineptitude of Republicans in Congress to create coalitions supporting legislative initiatives. The Freedom Caucus—the strongly conservative faction in the House of Representatives—has consistently refused compromise on many issues such as tax reform, legal status for DACA recipients, and has allowed (and is still in favor of allowing) government shutdowns to take place. Sticking strictly to ideological principles is never an efficient way to operate in government because compromise is a necessity. The president understands this, as he has reiterated his willingness to make a deal with democrats, shown in September when Trump circumvented his own treasury secretary and party leaders to attach a short-term debt ceiling increase to a hurricane relief bill.

The president is not in the least bit an ideologue—his beliefs are malleable and he is a pragmatic person at heart. In 1999, Donald Trump stated he was “very pro-choice” and he has a history of being involved with LGBT persons in a positive way: congratulating gay couples on their marriage, saying that the gay marriage ruling is settled, and that transgender people can use any bathroom they would like on Trump properties. Many of the president’s advisors, current and former, are openly social liberals such as his daughter Ivanka and his long-time advisor and confidant Roger Stone.

I am not here to comment of the ethics of pandering to evangelicals and social conservatives, but those groups are essential to winning the Republican nomination and ensuring support during a Republican presidency. As these groups continue to decline in importance, pragmatic leaders such as Trump will reflect this and I believe his election has helped steer the Republican Party away from dead issues such as same-sex marriage–which is political anathema to independents and moderate/millennial Republican voters. Trump has not attacked LGBT rights as the media has decried him as doing. The recension of the Obama era memo that had included LGBT discrimination under Title VII of the 1964 Civil Rights Act by Attorney General Jeff Sessions was done because LGBT could not legally be included under sex/gender discrimination. This would need to be added by an act of Congress, which would also make the protections stronger than they would be through executive branch action. It is the same reasoning for DACA, which the president has stated his support for deferred action to remain but through an act of Congress in a deal that includes Trump’s immigration platform. The media has played a large role in attacking the president and twisting the reasoning behind his actions.

The media and the political establishment has been unfair to the president, I do not go as far as calling out media organization which I disagree with “fake news” but there has definitely been an overt negative slant. A president who holds Trumpian ideas, such as a harsher line on trade and skepticism of international organizations, has not held the presidency since before the Second World War. Tenants of Trump’s platform have long been argued for in the undercurrent of conservative politics. Pat Buchanan ran on a highly similar platform during his unsuccessful bid for the presidency and Trump himself has commentated on the state of American politics since the 1980s. To this establishment, most of the president’s agenda is quite disagreeable considering the corporate interests of mainstream media and the establishment of both parties, and when Trump mentions something about restricting immigration and things contrary to neo-liberal policies it goes against their pocketbooks.

Going into Trump’s second year, it is unlikely that things will improve. Since 2018 is an election year, many Republican politicians who are in swing districts or states will try to distance themselves from the president’s agenda in order to improve their electoral prospects. And if the GOP loses the House—which is definitely possible—the deadlock in Congress will only be exacerbated. Controlling the House will allow Democrats to bring up impeachment articles against the president and give them control of committees that can subpoena administration officials and lead oversight investigations into executive agencies. The last two years of the president’s term will hinge on the midterm elections.