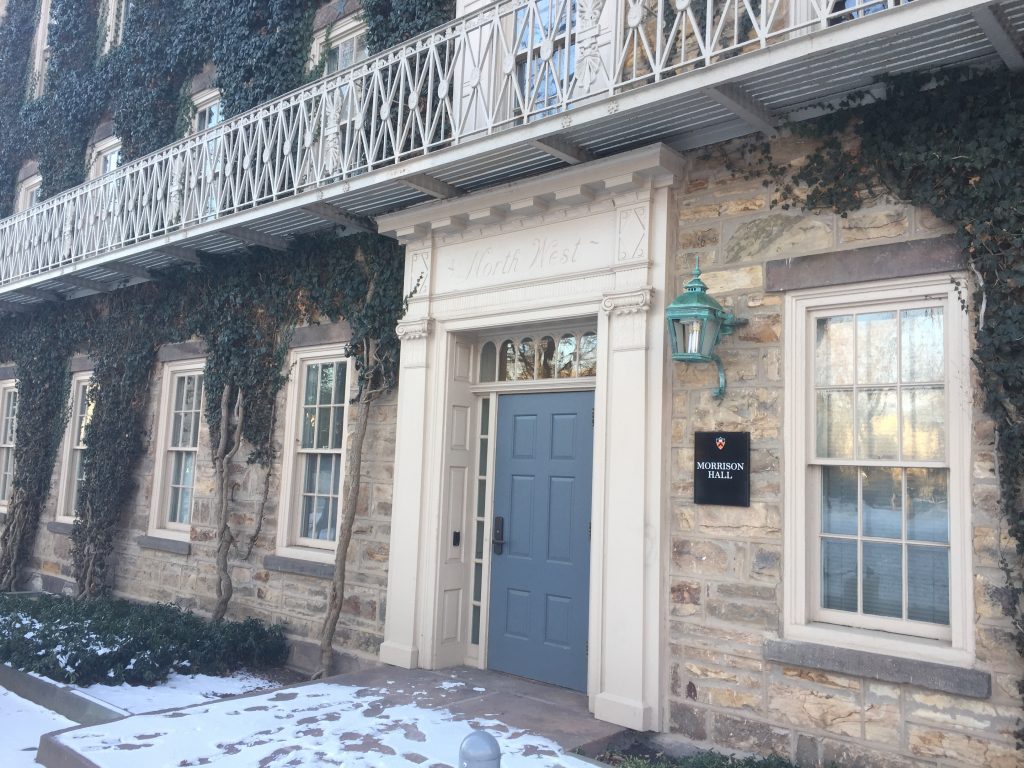 Elite universities have increasingly adopted need-blind admissions, which is the practice of disregarding economic factors when looking at prospective applicants. This policy is often touted on brochures and websites as an indicator of the admissions process being inclusive and meritocratic. On its face it seems like a progressive program; prospective students who may not have the same means as wealthy applicants can compete on their academic credentials alone. However, it is only an improvement in relation to the norm of deliberately giving preference to students with higher family incomes even if they are less qualified, which is still the most common practice among universities as only around one hundred of the thousands of universities in the U.S. practice need-blind admissions. Even ignoring the fact that most schools with need-blind admissions do not apply it to students on the waitlist or international students, there are significant shortfalls of need-blind admissions from a normative perspective.
Need-blind admissions erases the consideration that students start off on different footing resource-wise.
The advantages of wealth pervade nearly every area of an application. They come most obviously in the form of resources with which to prepare for standardized tests, such as tutoring services. Private college admissions consulting, which typically costs at least a few thousand dollars, has become increasingly popular as admissions are becoming ostensibly more competitive. More subtly, but also importantly, those with more privileged backgrounds in general have environments that make it easier to develop academically. The high schools that the wealthy attend are on average fundamentally different from the high schools attended by the non-wealthy in that they are more geared towards the assumption that the vast majority of their students will attend college. This manifests in the form of a much higher number of counselors per capita, as well as more rigorous and extensive academic opportunities. When this expectation of college entry exists, students can prepare earlier and more effectively. Need-blind admissions erases the consideration that students start off on different footing resource-wise. It is analogous to “colorblind” policies and the same argument against them applies here. Colorblindness is problematic because it ignores discrimination. Being blind to the context of applicants’ achievements limits the ability to properly evaluate applicants.

Coupled with phrases such as “no-loan policy” and “holistic admissions,” need-blind admissions serve to encourage applicants from middle and lower income families and boost the perceived moral standing of elite universities. Increasing the number of applicants then allows universities to push down their acceptance rates while keeping the student body relatively wealthy. When colleges moved towards these policies, there was no marked increase in the proportion of low income students attending these institutions. In January 2017, a New York Times article laid bare the jarring lack of economic diversity at many elite schools. Over 30 universities such as Vanderbilt, Princeton, and Penn have more students from the top 1% of family income, defined as an annual salary equal to or greater than $630,000, than students from families in the bottom 60% of income.

According to a 2016 report from the Jack Kent Cooke Foundation, only around 3% of students at elite schools are from the lowest quartile of income, whereas students who are from the top quartile make up over 70%. This disparity cannot be because poorer students are much less talented than wealthy ones. Need-blind admissions may be useful as good publicity, but what is it worth if it has nearly no effect on increasing economic diversity?

There is no single policy that will dramatically increase this proportion. Any long-term, widespread solution must include a systemic increase in parity between the high schools that the wealthy and the non-wealthy attend, but a combination of increased outreach and accessibility by universities can have a significant effect. Universities can improve their visibility by making more visits to high schools in low-income areas. Although no-loan policies may be well known among those who are very engaged with the college process, the people who those policies are intended to benefit are the same people who are least likely to have knowledge of them. There is still an impression that elite schools are too expensive, which discourages applicants. There is precedent for taking background advantages into account, evidenced by active recruitment of first generation college students. In addition, some schools try to look for indicators of economic status such as high school. Removing need-blind admissions and actively taking into account economic disadvantages would simply be another step in this direction and make the practice explicit and transparent.

College should serve not only those who happened to have the upbringing most conducive to higher education. College should also be about providing opportunity to those who have the potential to achieve great things. It should be about giving those who have had the ability to accomplish things with limited resources more resources so they can continue to progress. As one of the primary vehicles of social mobility in the U.S., higher education at elite schools should not be restricted to the wealthy. The admissions process should be as meritocratic as possible. This would make the student bodies at universities both more economically diverse and more talented.

It is likely that not every school that currently offers need-blind admission can afford to move to policies that take financial status into consideration. Recently some schools have even been regressing from need-blind to giving preference to wealthier applicants in order to save money. Specifically targeting low-income students while offering full financial aid is a costly endeavor. However, it’s also likely that the very wealthiest institutions, some of which make billions of taxpayer-subsidized dollars a year simply off of their endowments, can afford to make college more accessible to those who are talented but not well-financed. It has often been the wealthiest schools that have led the way in setting the trend of inclusive policies. It is time for those schools to once again take the lead and break new ground by adopting an explicit admissions policy that takes financial advantages into consideration.