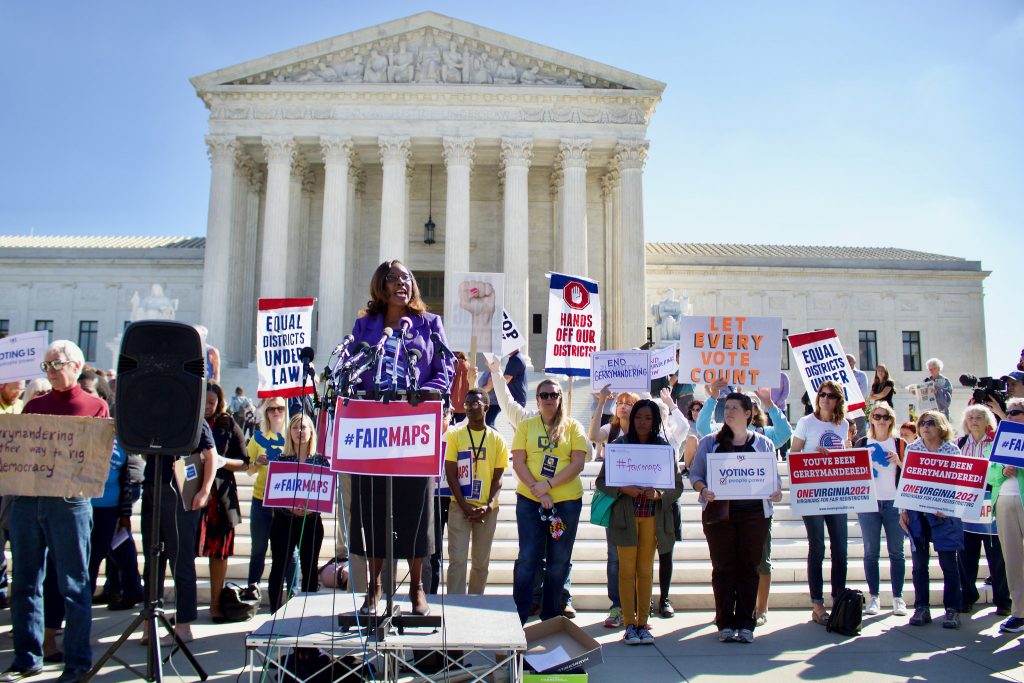 As our political landscape currently stands, gerrymandering continues to be a major roadblock to fair representation in our democracy. This process of partisan redistricting is apparent in many states, and involves shaping district boundaries (often leading to highly questionable congressional maps) in a way so as to limit the influence of voters of one party by keeping them in a minority in as many districts as possible. Both major political parties employ this practice, and it often takes the competitiveness out of elections that incentivizes incumbents to serve all of their constituents.

It is currently estimated that over 70 congressional seats across several states were made uncompetitive by gerrymandering. An excessive example of the practice was highlighted most recently when Doug Jones won the U.S. Senate special election in Alabama despite losing in 6 out of 7 of the congressional districts.

Due to the issue of unfair representation that arises from gerrymandering, many federal courts have chosen to strike down specific district maps. In 1992, the Supreme Court limited the practice further in Shaw v. Hunt when it ruled that redistricting along racial lines was unconstitutional under the Fourteenth Amendment’s equal protection clause. However, gerrymandering that discriminates against a political party is still usually legal, even after being challenged in the 2004 case Vieth v. Jubelirer. At the time, Justice Anthony Kennedy argued that there existed no standard by which partisan gerrymandering could be measured, making it difficult to define when it has gone too far. There has been an effort to find an adequate such standard since then, but the decision has allowed states to continue to benefit specific parties when redistricting. Until perhaps now.

The Supreme Court has agreed to hear two cases regarding partisan gerrymandering in the course of this term, both of which are employing new legal arguments that may be enough to persuade Justice Kennedy, who is expected to be the swing vote in both cases.

In mid-December, the court announced that it would hear arguments brought by Republican voters in Maryland in Benisek v. Lemone. The plaintiffs of the case claim that redistricting done in 2011 was in violation of the First Amendment. The case centers around Maryland’s 6th congressional district, which was safely Republican prior to 2010. In the process of redrawing district boundaries in 2011, state legislators transferred over 66,000 Republican voters out of the district and moved in almost 25,000 Democratic voters, tipping the balance and allowing a Democrat to win every election since. In his petition to the court, plaintiff lawyer Michael B. Kimberly stated that the state “targeted [Republican voters] for vote dilution because of their past support for Republican candidates for public office, violating the First Amendment retaliation doctrine.”

This argument is likely directed to appease Justice Kennedy as a standard for what should be considered an unconstitutional partisan gerrymander. Essentially, the plaintiffs contend that voters should not be penalized during redistricting for their past association with a political party in the voting process, which is an extension of their free speech.

A more statistical approach to finding a suitable standard for measuring partisan gerrymandering was brought up in October in Gill v. Whitford, when Wisconsin voters challenged their 2011 redistricting plan that gave Republicans a disproportionate advantage. In 2012, Wisconsin Republicans won 60 out of 99 seats in the state assembly despite earning only 48.6% of the votes in the state. Such aggressive and biased redistricting was contested primarily on the basis of a new standard developed called the efficiency gap. The efficiency gap is defined as the percentage of “wasted votes” of the total votes in the state. A vote is considered wasted if it is cast for a candidate that loses or is an extra vote cast for a candidate that wins.

Partisan gerrymandering works when a political party is able to waste as many of the other party’s votes as possible in drawing district lines. A large efficiency gap, therefore, can be a good indicator of excessively partisan redistricting. The creator of the measure, Nicholas Stephanopoulos of the University of Chicago Law School, argues according to his research that an efficiency gap of 7% or higher points to unconstitutional gerrymandering. Plaintiffs of this case argued that a higher efficiency gap is a violation of the “one person, one vote” principle of the Fourteenth Amendment’s equal protection clause. They contend that such a high number of wasted votes indicates that many are receiving unfair legislative representation.

Benisek v. Lamone and Gill v. Whitford are the first cases that the Supreme Court has agreed to hear regarding partisan gerrymandering since Justice Kennedy brought up the need for a new standard in 2004. With new arguments now involving the First and Fourteenth Amendments, a decision favoring the plaintiff in either case may be crucial in curtailing the use of gerrymandering that has suppressed just political representation for so long. While there seems to be consensus amongst the court’s justices that partisan redistricting is harmful, the real challenge will be whether the new standards themselves can be upheld.

The court is set to hear arguments on the Maryland case in early spring and is expected to release a decision on the Wisconsin case by June. The next redistricting cycle will take place after the 2020 census.