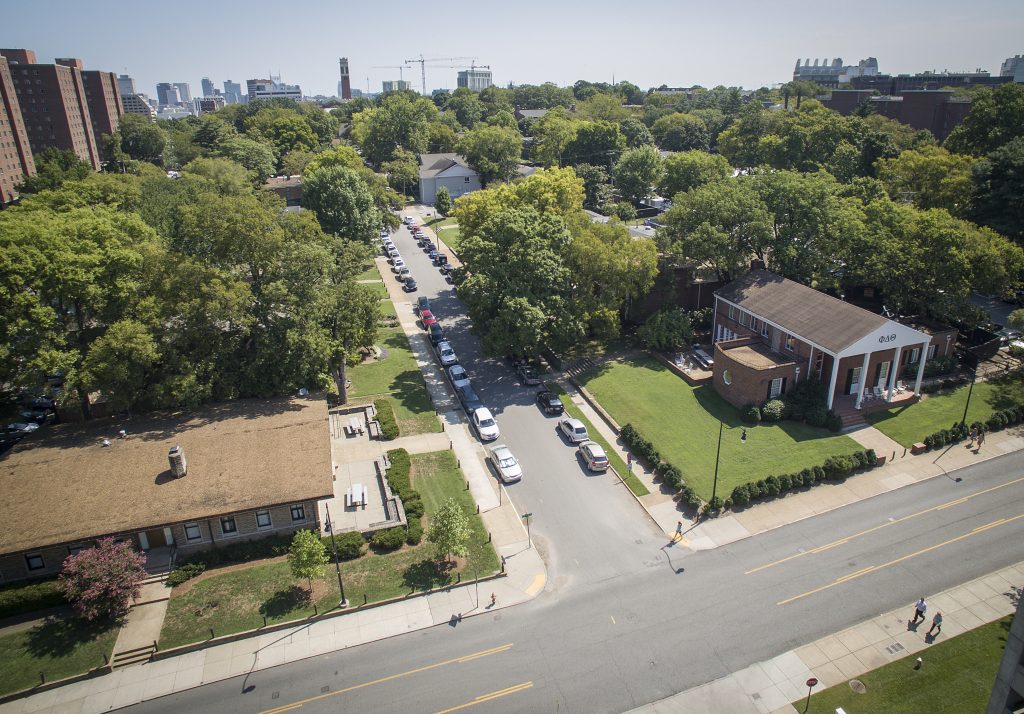 Many students at Vanderbilt are drawn to the process of rush with the promise of finding their “forever sisters,” but when the first round cuts come in, many girls are left disappointed and disillusioned. In fact, it’s not unusual to see several girls crying after cuts. With around 50% of girls at Vanderbilt involved with Greek life, there’s certainly a pressure to rush and to go for the supposedly “top” sororities. There’s seems to be the mentality that if you can’t get into X sorority, then you’re somehow lesser, which isn’t exactly a thought helpful to a girl’s feeling of self-worth.

While recruitment officers tell girls to “believe in the system,” the fact remains that there’s not a whole lot of transparency in how a sorority determines who makes the cut. During rush, the only advice that sororities seemed to offer was to “be your authentic self.” Obviously, that really isn’t a whole lot to go off of when it seems like those who do just that are cut. First-year student Megan*, who is currently rushing, commented, “They say they want someone unique and different, but they’re virtually all the same.”

Another first-year, Anna said, “You think you had a great conversation at a house, but then you’re cut the next day. Everyone is so nice to your face, so you start to wonder what they say behind your back.”

What’s particularly shocking is sororities determine which girls to invite back based on a quick twenty minute conversation with two or three sisters that covers only surface-level topics such as where you are from and what classes you are taking this semester. Somehow, in less than half an hour, sororities can decide who doesn’t make the cut. Essentially, the good — or bad — opinion of just a couple sorority members determines your fate. “You leave thinking there’s no reason for a sorority not to call you back, which makes it even worse when you’re cut with no explanation,” says Megan.

Moreover, first-years going through rush also felt like certain people had an advantage going in. Despite recent initiatives to make sororities more diverse, it still seems like every sorority is predominantly white and upper-middle class– simply scrolling through a sorority’s Instagram page can tell you that much. While it’s true that PoC and other under-represented groups are less likely to rush, perhaps a bigger reason for the lack of diversity in sororities is that most of the people in the sororities they want to rush don’t look like them, further dissuading them from rushing.

For Grace, the thought of being the token PoC in a sorority was a big factor in which she chose not to rush. “I just didn’t feel like I would fit in,” says Grace. “They all seem to blend in, and it doesn’t seem like there’s a sorority with a really a diverse set of backgrounds or personalities.” Other PoC cited similar fears of tokenism, in addition to worrying that they would potentially be judged by other PoC for deciding to rush.

However, that’s not to say PoC don’t rush– only when they do, they often face additional hurdles. For one, there have been accounts of sororities or fraternities turning away PoC because alumni from older generations use the threat of funds to keep Greek life the way it traditionally was.

Says Kelly, an African American first-year who was cut by 8 sororities in the first round, “I feel like I have been been disadvantaged as a PoC in Panhellenic recruitment. It seems that I have to be twice as good as the average non-PoC to get just as far… These organizations were founded for white women instead of all women and there are still remnants of that structure.”

First-years rushing have said that sororities are “mostly white” with a few Asians, and “very little” representation other than that. Part of that can be attributed to the tremendous costs of joining and belonging to a sorority, which automatically disbars some prospects from even trying. While not intentional, the high membership fees disportionately serve as a barrier to people of color, and plays into why a PoC is less likely to rush.

Even with the economic help of Experience Vanderbilt, rushing/pledging still may not be affordable for those less affluent. Students on financial aid are able to apply for Experience Vanderbilt which aims to make extracurriculars, service trips, outdoor recreation trips, and Greek Life more accessible to those facing monetary barriers. After filling out an application, a student could receive up to $500 for Greek Life if picked through the random selection process. However, since most fees for Vanderbilt sororities are more than $1000 a semester, it still may not be economically feasible for some girls to rush/pledge.

As to what they would like to see change about rush, first-years suggested a more equitable footing between the sorority and potential new member (PNM). Currently, they feel like it’s more of a one-side choosing– one in which the sorority holds all the cards and they wish they had more of a say in the decision-making process. Despite giving the farce of a two-side choosing in which both the PNM and sorority rank each other, it’s indisputable that for the most part, the cutting is just from the side of the sorority. As most sororities start with pre-made lists to choose potential new members, each girl isn’t given a fair chance.

In addition, they want more transparency about the selection process– from how big of a role recommendations play to the GPA minimums for each sorority to the various factors that go into the decision-making process. First-years also expressed wanting to know how a sorority really felt about them instead of giving them the impression that they would be called back, getting their hopes up for nothing.

In the words of Kelly, “The whole system needs to be revamped and more transparent.”

That’s not to say that everyone’s experience rushing has been a negative one. Says Emma, an African American currently in the rushing process, “I think it’s super intense, but I like it so far.” However, she did cite similar fears of tokenism.

On the aggregate, however, the fact remains that for many girls, the end of the rushing season is marked by disappointment.

All names have been changed to protect the identity of the girls involved in rush.