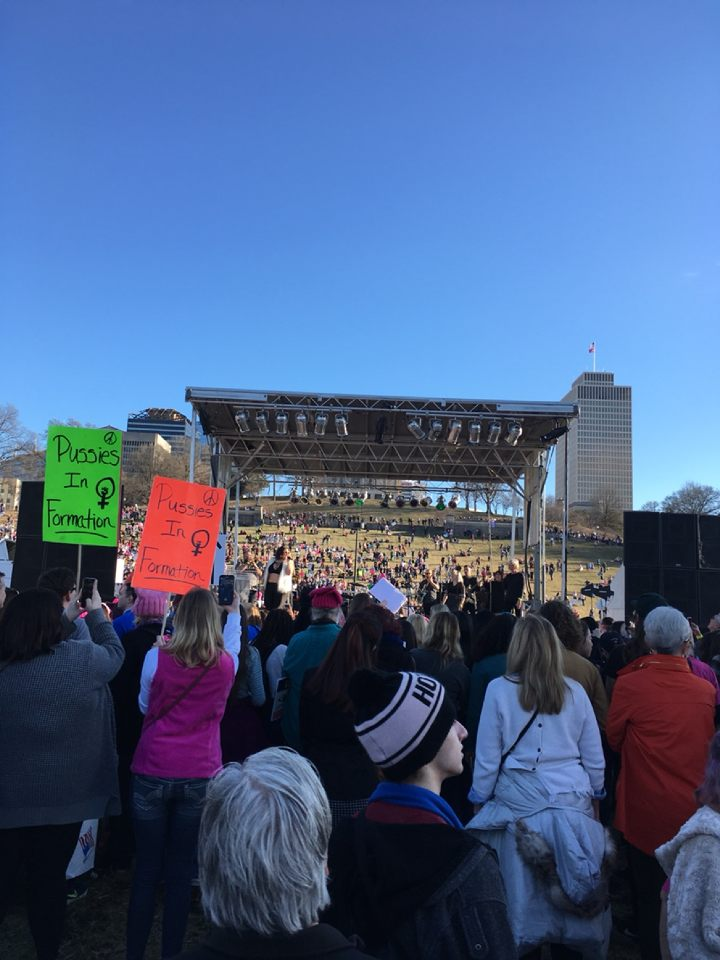 This past Saturday, about 10,000 people gathered in front of Nashville’s courthouse, and with them nearly 10,000 signs sharing messages like, “Keep your policies off my body!” and “Vaginas got you here, vaginas will vote you out.” Women, and the men who love them, roared, chanted, and pumped their fists in the air for the first anniversary of the Women’s March. Everyone’s armor was different. Some wielded posters of Princess Leia crying out “Resist” or “Don’t Touch My Buns.” Others dressed as witches, or donned the red cloaks of Margaret Atwood’s handmaids. Some brought their children, and many brought their dogs. The energy from this legion of protestors electrified the air over the grassy lawn of Public Square Park. Yet the atmosphere in 2018 was markedly different than that of the Women’s March of 2017.

Last year the Women’s March felt raw. Trump had just been inaugurated and the wave of stomach-dropping, eye-bulging disbelief that crashed over most Americans on election night was still washing over them mid-January. Women, immigrants, gender-nonbinary individuals , among others, felt betrayed and vulnerable. Their fear and disappointment grew into an anger and resolve that defined the mood of that first Women’s March. Those crowds were livid, and even though these protesters represented many vital social movements, the sense that this was impulsive and reactionary made it easy to criticize the event. People on the right saw it as the left throwing a tantrum because their candidate lost. People on the left dissected the march to expose ways in which the event overlooked other social movements that women’s rights is relevant to, with most critics asserting  that the Women’s March was preaching “white woman feminism.” After last week, the Women’s March no longer feels like a hasty, anti-Trump rally. The women of 2018 aren’t just pissed, they’re ready for business.

Women were not gathered that day to complain, but to discover what they can do to further the movement. On Saturday morning, a Women’s March conference at the Convention Center offered various trainings on organizing for the fight ahead. The event had sold out its capacity of 800 tickets a few days earlier. This march was a time for networking and ideas, not just catharsis.

During the pre-march rally, Mayor Megan Barry stepped up to the transparent podium and gazed at the crowd of warriors, many with Venus symbols painted on their cheeks and #MeToo across their chests. She said that if the Tennessee government looked more like the crowd before her, we’d be in a very different situation. Her clarion call for women to not just register to vote but to run for office was in tune with the major theme of Women’s March 2018—take back the government by harnessing the power of the polls.

The day saw more than a dozen speakers and performers. All of them pushed messages of empowerment, but these messages came from various angles. Metro Parks employee, Odessa Kelly, delivered a powerful speech about the gentrification of Nashville and the importance of appreciating members of the working class. There was also a 17-year-old girl by the name of Sarah who spoke of the trials she faces as a hijab-wearing teenager. After the march, and after walking past the band of a dozen or so pro-lifers megaphoning that Jesus is sending the day’s protestors to hell for killing babies, executive director of Tennessee Advocates for Planned Parenthood, Francie Hunt, explained the need for activism centered around women’s reproductive rights.

Nashville’s Women’s March also welcomed many musical artists like 8 and 10 year-old Giri and Uma Peters who played folk music, Morgan Bosman on her ukulele, female punk band Queens of Noise, and many others up until a grand finale by Divinity Roxx.

The faces seen on stage that day ranged from young to adult, from peaceful to punk, from black to brown to white and any shade in between. It is evident that there was a lot of intentionality on the part of the organizers to avoid a literally white-washed line-up. After last year’s anger over white dominance at the Women’s March, it was critical to redefine the movement as a space for women of all colors.

Though the stage was a model for inclusion, there was definitely still some tension among the marchers, as evidenced by Twitter and Facebook searches of #womensmarch2018. Scrolling through the results, every so often you’ll come across photos of signs or costumes that have been branded “problematic” because they are considered insensitive towards other movements, such as trans rights or racial justice. It’s true that the Women’s March attracts many people who have had limited experience with civil disobedience and haven’t spent as much time in activist circles. In the case of the Women’s March many of these newcomers are middle aged white women who don’t always realize that the left is often strict about what is appropriate self-expression. Occasionally,  seasoned protesters choose to cyberbully well-intentioned participants. An alternative way to react when someone has truly crossed a line and accidentally said something offensive is to talk to the person and educate rather than shame them. It would be a tragedy for the movement if it failed to retain individuals on the cusp of being progressive about social issues because a fence of passive aggression stood in the way.

But having trouble playing nice isn’t new among the left. Animosity between people of different colors, sexual orientations, and economic or working histories has plagued liberals for decades. In this respect, the beautiful thing about the Women’s March is that despite the fact that these fracture lines remain, for the Women’s March, the entire left united . Since there are conflicting priorities among the Women’s March supporters, it makes sense that the movement keeps a broad platform that encompasses a myriad of issues.

By creating such a broad mission, some skeptics think these activists have set course for a vague destination which will result in these marches leaving an impressive but ineffective legacy. In fact, if one looks to history, you see examples of movements that lacked a concrete vision at the start but managed to win significant victories. Or, movements that had a specific goal, but ended up achieving something different. For instance, the anti-Vietnam war movement coalesced around the desire to end the war. Their actions didn’t directly lead to military withdrawal, but they were the reason the voting age was successfully lowered to 18, opening the door for political involvement by young adults.

An even more relevant comparison is that of the suffragette movement. The origin of the women’s’ rights movement is considered the Seneca Falls Convention of 1848 where women penned the Declaration of Sentiments. Much like the mission of the Women’s March of today, their document was more akin to a manifesto of values than a list of specific action points. The women of over a century ago didn’t have their eyes set exclusively on voting rights. They actually were worried gaining voting rights was a long shot and that at the very least it had to be tempered by other less radical demands. Though voting rights ended up becoming the core of the movement and their most famous victory, it wasn’t the suffragette’s single, founding purpose. People often mistakenly take a teleological approach to history, thinking that the conclusion had been planned for all along, but this is rarely reality. Just because the road the Women’s March treads seems hazy today when they’re just getting started, doesn’t mean it won’t lead to significant victories.

The suffragettes also faced many of the same kind of questions that today’s Women’s March faces. One divisive issue was to what extent suffragettes should incorporate labor rights and racial justice into their strategy. Some suffragettes worried this would distract from their focus on women’s rights. Though unanimous agreement was never achieved, the women’s movement was personalized by cities across the country so different chapters embraced different collaborations. This resulted in more creative organizing and diversified leadership, both of which were important in giving the movement political influence.

The bottom line is, the Women’s March of today should not be underestimated. The left has it’s disagreements, but the more perspectives that come to the table, the more pathways to victory open up. Thank you, President Trump, for becoming a common enemy that has motivated the left and brought people together like never before. 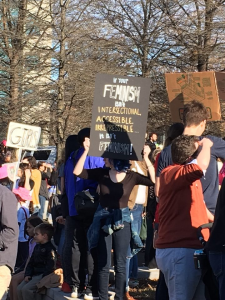 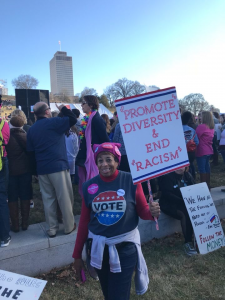