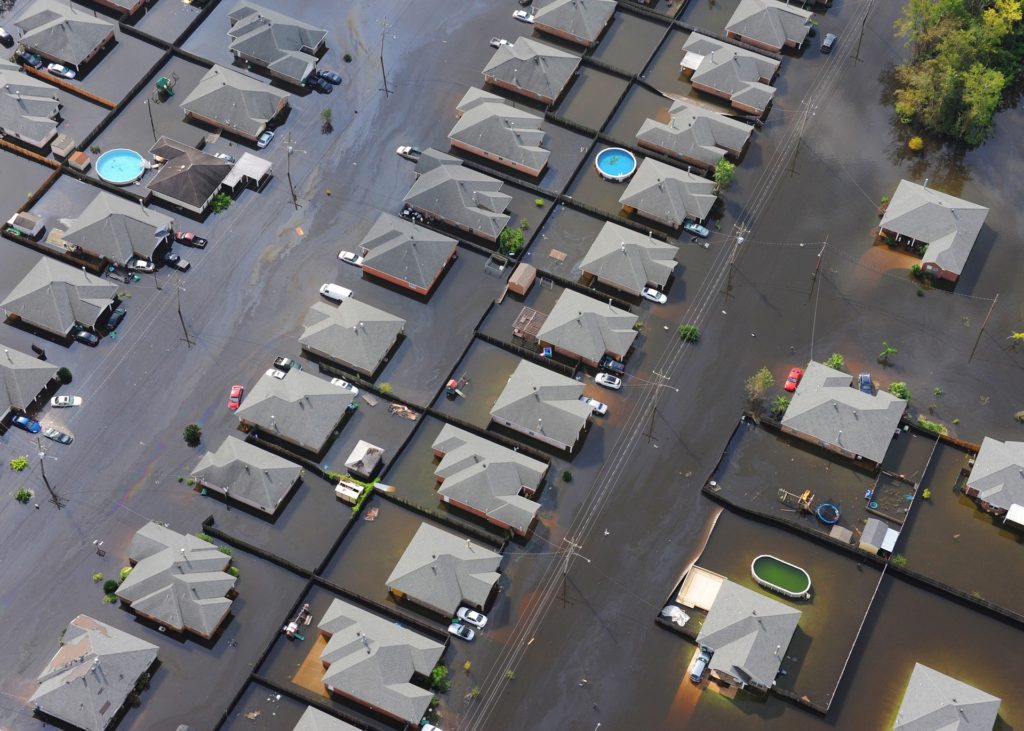 Whether or not you agree with the idea of man-made climate change, it is irrefutable that climate change-related natural disasters have become increasingly frequent and destructive. Scientist report that fluctuating temperatures and unseasonable weather patterns have lead to more water vapor in the atmosphere, increasing the frequency and intensity of storms. Looking back at 2017, the National Oceanic and Atmospheric Administration (NOAA) reported a record-setting $306 billion in natural disaster related damages in the United States. The previous record was from 2005 where $214.8 billion in damages were attributed to natural disasters, mainly from Hurricane Katrina.

From Hurricanes Irma and Harvey to floods in Missouri and Arkansas, 2017 has been a devastating year of environmental disruptions. The NOAA has reported 1 drought event,  2 flooding events, 8 severe storm events, 1 freeze event, 3 tropical cyclone events, and 1 wildfire event. With houses left in rubble and infrastructure in irreparable damage, 2017 was not a mild year for severe weather. While severe weather is the natural order of the environment, climate-change has increased the frequency and effects of these disasters.

In the past year, severe weather related damages have led to the deaths of 362 people in the US and left many more injured. Nashville also did not get through the year thoroughly unscathed. Irregular snowfall from Winter Storm Hunter brought school closings, and residual rainfall from Irma and Harvey brought about record setting flooding. The Tennessean reported the Cumberland River rising to an all time record 51 feet, in addition to flooding across the state. Around the world the data is even more disheartening. Earthquakes in Iran, Iraq, and Mexico left scores dead, and monsoons in South Asia drowned thousands. In other parts of the world, such as Brazil, devastating drought  razed crops and caused deadly fires.

As a global academic institution that draws students from all across the United States, the Vanderbilt community has felt the effects of these natural disasters. Many students who live in other parts of the country have been affected by these disasters, including wildfires in California, flooding in Houston and severe hail storms in Colorado.

One of these students who was affected by these natural disaster is Caroline Henning who is a Sophomore at Vanderbilt University from Fort Myers, Florida. While her house was not personally affected by Hurricane Irma, which struck western Florida on September 10, much of the surrounding area was devastated by the torrential rain pour and gale force winds.

When asked about her experience, Caroline says, “There was a lot of rain in Fort Myers leading up to Irma, so it was easy for trees to be uprooted from the mud. Entire rows of trees that had been standing for years were knocked down, so the vegetation in the city really transformed because of the storm.”

Living in an area prone to hurricanes, Floridians in this area are used to dealing with flooding and gale force winds that come with the territory. However, even with all the preparations, Hurricane Irma’s destructiveness was enough to cause lasting damage and leave many neighborhoods submerged for extended periods of time.

According to Caroline “Most streets, especially smaller neighborhood streets, were flooded for days, and it wasn’t uncommon for houses to be out of power for more than a week.”

However, even with the devastation, the residents stayed resolute and counted their blessings that the damages were not worse. Having faced record-breaking hurricanes in the past, many in the area were relieved as they survived the storm relatively unscathed, with only infrastructure damage.

“I think generally most people in the area felt lucky because we anticipated the damage to be much worse.”

Julian Ramos is another Sophomore at Vanderbilt University from Houston, Texas. Much of the surrounding areas in his neighborhood and in his home city were devastated by the record breaking Hurricane Harvey.

He says, “There is a little bit of a dip in our street and one of my neighbors lived in a town home where the first story was a garage. They got totally flooded. They had to completely redo the sidewall of their house and throw away a lot of stuff because of water damage.”

Though tragic, this story is not a unique experience, as trillions of gallons of water were dumped on a woefully ill-prepared Houston. Much of the problems stem from a city excited to build and expand, leading to widespread urban development precariously close to Houston’s massive reservoirs. As torrential rain water poured down, these reservoirs overfilled and residents found themselves living in the middle of harm’s way.

Ramos remembers the aftermath of the devastating hurricane when friends and family struggled to get back on their feet as aid slowly trickled in.

“[The neighbors] actually didn’t get help until late December because so many people were affected and they were only getting back on their feet a few weeks ago.”

Texas leaders estimate that it will take up to $121 billion  in federal aid to rebuild public infrastructure and housing, an astronomical sum that would take years to clear. As Federal Emergency Management Agency (FEMA) money begins to run out, many Houstonians are left waiting for funds to continue the painstaking process of rebuilding their city. Though the Hurricane may have come and gone months ago, the rebuilding process has yet to reach its zenith and will continue for many more months to come.

Despite the devastation of Harvey and its painstaking rebuilding process, Julian has a more hopeful outlook for the future of his hometown. More notably, he pointed to the Houston Astros 2017 win in the MLB World Series as a rallying point for the city.
“The storm definitely brought the city together. This is why the World Series win (Houston Astros) was so big, because it brought everyone together and let people forget about the devastation for a while.”
California wildfires were another natural disaster that ravaged parts of the nation and left many people without homes to return to. Robert Zhang is a junior from California who saw many people in his area devastated by the California wildfires that ravaged the area during his summer internship. He describes the circumstances that lead up to the wildfires and the loss felt by many of those around him.

“Many of my coworkers lost their homes, and a lot of the projects that I worked on were completely burned down, projects that were started initially because the dry seasons were affecting the water supply”

An engineering major interning for a company that provided water solutions to the area, Robert saw first hand how devastating climate shifts had affected the natural order of the area. Not only were acres of forests scorched, but many homes were razed and people forced to flee the ensuing infernos. CNN reports that 281,620 acres of land were damaged and 95,000 people were forced to evacuate.  He believes that global climate change had an immediate effect on the intensity and frequency of the wildfires that displaced many communities.

“The words global warming, in my opinion, doesn’t speak to the gravity of the situation. The decision we make as a society to tamper with our natural environment affects people and places that we may never see or visit, but the consequences are real”

While many people may not share Robert’s view that man-made climate change has affected the natural order of the world, the devastation wrought upon by theses disasters are real and have real human consequences. Instead of responding to the increasingly frequent natural disasters, there must be an initiative to find a solution to these issues. Real students from our Vanderbilt community have been affected by these natural disasters and a solution must be determined. Whether it is better community planning, allocating funds to increase protections or stemming the flow of climate change, the increasing rate of natural disasters is a societal problem with real human costs.