Gun Control: What Do You Really Know? 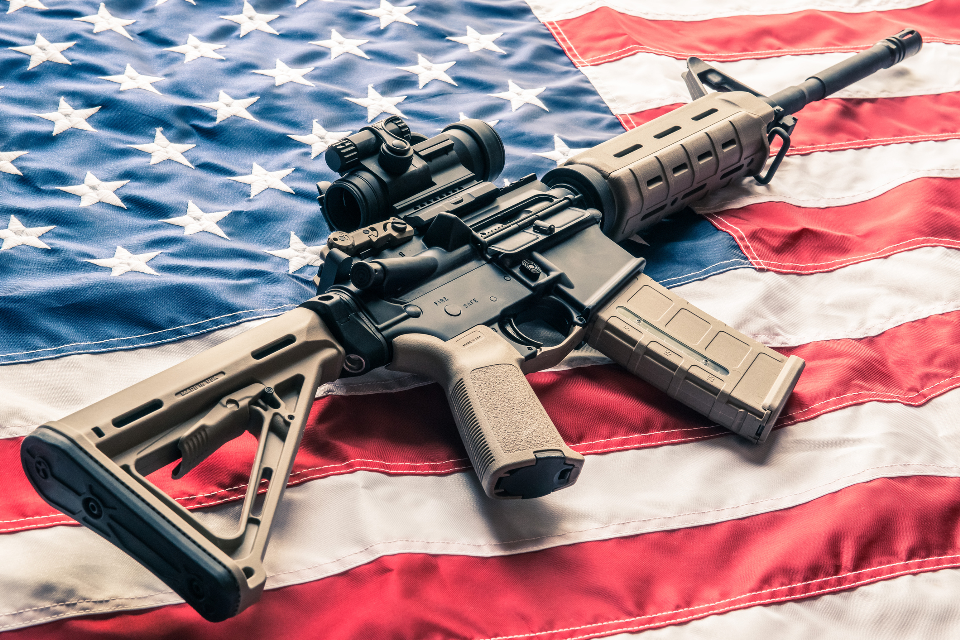 Gun control is perhaps the most divisive issue in the US. But what are the facts behind gun control in the US? Assault weapons and universal background checks are often the two most popular talking points, so let’s dive in. This article might also explain why gun owners are so resistant to change.

In the US, anyone who wants to purchase a firearm at a store must go to a federally licensed firearms dealer, and a background check is required with every dealer purchase (gun-show or not). The National Instant Criminal Background Check System, or NICS, processes these background checks through the gun dealer. The form that all gun owners fill out is called Form 4473 and it contains 16 general questions about your background, drug use, and criminal history. Most of these background checks get approved within minutes. Private sales do exist in most of the US, but they account for a minute percentage of gun purchases as more than 75% are conducted through Federal Firearms License holder (FFLs).

In these background checks, the FBI usually looks for any high risks or red flags in criminal and mental history such as open warrants, dishonorable military discharges, and domestic violence reports. This means any one with any sort of felonious criminal background, current investigation or court case against them is federally prohibited from buying or possessing a firearm. It is also illegal for anyone living with a felon or prohibited person to own or possess a firearm. This information for NICS is drawn up from 3 different databases and  a large bureaucratic base for information sharing.

The intent for this policy is to prevent unqualified residents from obtaining a firearm and posing a threat to the rest of the population. Yet, over the years, the trend towards more gun restrictions has led to an inefficiency in enforcing gun laws and preventing crime. Background checks can lower the crime rates and risk of more mass shootings if all departments and entities such as hospitals report criminal and mental histories to the FBI. In the Virginia Tech massacre, the gunman had many psychiatric illnesses and was mentally unfit to purchase or own a firearm. Yet, this record was not reported to the FBI and was lost in the papertrail. Another instance of poor reporting allowed Devin Kelly to attain a rifle and then open fire in a Texas church. His dishonorable discharge from the Air Force was not reported to the FBI, and he was cleared to buy a firearm. So the question remains, why enact new legislation regarding domestic violence and mental illness when existing pieces like the Brady Bill and Lautenberg Amendment are not enforced? Rather than adding new legislation, we should focus on enforcing current laws. States favoring gun-control – like California – pile on more laws while giving plea deals to repeat firearms offenders. Can it be improved? Sure, Federal and state agencies should enforce the laws and actually submit data to NICS in a timely manner. Opening up NICS to civilians could allow people to perform checks before private sales or inheritances. Stop plea deals for felons caught with firearms. Pass the Fix NICS bill in congress, which has bipartisan support.

Every state in the US has their own unique gun laws and quirks. Recently, states like New York and Connecticut have imposed gun registrations in an effort to ban “assault weapons”. Many gun control advocates believe that gun owners should register their weapons.

Since the implementation of this law, both New York and Connecticut experienced a bureaucratic nightmare in the noncompliance rate of their gun owners. In 2015, over 300,000 residents in Connecticut and 1 million residents in New York did not register their assault weapons. Technically, under the law, these residents are fugitives and can be charged with illegal possession of a firearm. Both of these states have the some of the strictest gun laws in the US but do not possess the man-power or refuse to enforce their laws effectively because a literal interpretation would involve mandatory buybacks or door to door checks. This means that in some of the US’s staunchest democratic strongholds where support for gun control is high, there was a less than 5% compliance rate. Many gun owners, red or blue, take “from my cold dead hands” seriously. Not to mention, most sheriff’s departments and PD’s refuse to enforce these registration and confiscation laws.

In another perspective, registering firearms in many other countries like Australia has lead to confiscation and banning of weapons. Australia had a mandatory buy-back program and banned many firearms ubiquitous in America like lever-action rifles and even pump shotguns. Still these mandatory buybacks had a less than 40% compliance rate, and this statistic was even lower in western Australia. Two more buybacks did not raise compliance to above 50%.

A lot of debate in recent years has focused on so-called “assault weapons,” but in reality the term “assault weapon” is a political marketing term invented in the late 1980s and early 1990s to garner support for the now defunct Federal Assault Weapons Ban. This term classified guns solely by cosmetic and comfort features rather than functionality, as machine guns and explosives have been heavily regulated and de-facto banned under the National Firearms Act (NFA) of 1934, Gun Control Act (GCA) of 1968 and the Firearms Owner’s Protection Act (FOPA) of 1986. So-called Assault weapons are simply semi-automatic (one bullet for every trigger pull) weapons with cosmetic features like pistol grips and collapsible stocks. Semi-Automatics have been in use since the late 19th century and nearly every pistol, shotgun, and rifle invented and in common use since the turn of the 20th century has been a semi-automatic.

“Assault Rifle” is a real term used by the military, police, and firearm industry. Assault rifles are select-fire rifles capable of fully automatic or burst firing an intermediate cartridge. Intermediate cartridges are bigger than handgun calibers but smaller than full fledged rifle calibers found commonly in bolt action rifles. Legally, these are classified by the Bureau of Alcohol Tobacco and Firearms (ATF) as Machine guns and regulated by the NFA of 1934. As a result, assault rifles and machine guns cannot be purchased by civilians without a specialized trust or individual Form 4 (or Form 1) and series of certifications overseen by the ATF. Machine guns made after 1986 are banned for civilian ownership unless the person in question is a specialized Federal Firearms License holder with an Special Occupational Tax level 3 or 4. These specialized FFLs are dealers and manufacturers with federal, military, or police contracts. So unless the person in question has $20,000 to $1,000,000 dollars to spend and a wait time of 6 months to 2 years, machine guns and destructive devices are more or less out of reach, and legally acquired NFA items have almost never been used in any crimes.

The Federal Assault Weapons Ban of 1994 (AWB) is the basis for most modern pushes for semi-automatic rifle regulations, but how effective was this ban? Not very effective at all according to the CDC and FBI analysis of the legislation’s effects in 2004. Even after a period of 10 years with an Assault Weapon Ban, the data was inconclusive or indicative of little change. Even according to the most gun control advocates and left-leaning sources, assault weapons make up less than 2% of injuries and fatalities inflicted by firearms. There is a common belief that AR-15s are the choice of mass shooters, but mass shootings have happened before, during, and after AWBs and in the last 19 the vast majority of shooters used handguns. These weapons accounted for 10-50 million of the reported 300-400 million firearms in the US, and they are continuing to be bought at a rate of 1-8 million per year. So why are semi-automatic sporting rifles targeted for bans when they are among the most popular choices for defense, sport, and varmint hunting while being the least likely to be a part of a crime? Because they look scary, or because they are “Weapons of War” according to President Obama. Guns have always trended towards what the military is using, especially because until recently (last six decades or so) the Military has followed and modified Civilian firearm trends and has sought to catch up to civilian favorites. The Remington 700 was base of the US Army’s M24 sniper rifle staring 1988, yet its been a civilian favorite since the 1950s. Semi Automatic rifles and pistols have a long civilian tradition, and had been used for almost four decades by civilians before the military adopted repeating arms, just look to the Remington model 8 or Winchester 1903 and 1905. The guns built to military specifications are tough, cheap, and easy to handle, the AR15 is simply the modern equivalent; it doesn’t even fire a round powerful enough to be considered humane for hunting most medium to large sized game in many states.  If most of the handguns and shotguns that are sold are Semi-Automatic, why should rifles be any different?

Every shooting is a tragedy and every death is another reminder of a failure to enforce current laws and glaring flaws in the glorification of cold-blooded killers and terrorists. But wide-reaching laws should not be based on statistical outliers, especially when the FBI and CDC state there are between 500k and 3 million defensive uses of firearms every year . There is gun control that could work like expanding the effectiveness and enforcement of the NICS system and opening up NICS to the public. Enforcement of current laws to the fullest extent could cut down on the levels of firearms based gang and domestic violence, but that means actively enforcing laws and not giving criminals easy ways out. Bans don’t work when the commodity is already in circulation and easily produced, just look back to prohibition and the drug war. Adding more laws to the already convoluted rule book is an impediment to enforcement and easy maneuvering for politicians to claim they acted. Change also starts with an honest conversation where people don’t lie about numbers to push forward an agenda, and where people are informed before they try to champion policy changes.