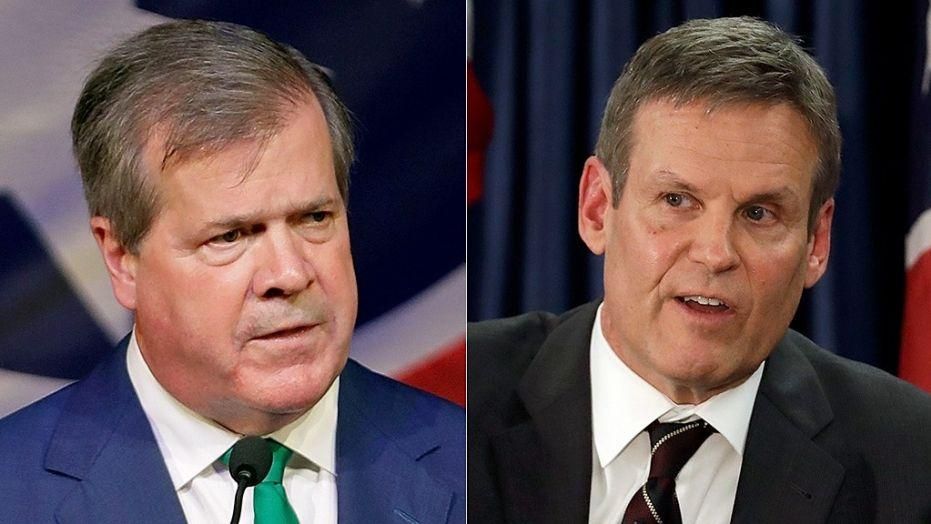 This past Thursday, Nashville was overcome with election fever. With both of the party’s primaries and the Davidson County general election coming to a close, the night was filled with predictable results and unexpected shocks. The biggest surprise of the night came on the Republican ballot for governor, where Williamson County businessman Bill Lee surged ahead of the better-known and well-funded Congresswoman Diane Black and Knoxville businessman Randy Boyd. The Democratic gubernatorial primary, on the other hand, was a landslide. Former Nashville mayor Karl Dean, sporting better name recognition and a lot more money, handily defeated House Minority Leader Craig Fitzhugh. Locally, the vice mayoral race left many frustrated, with musician Matthew DelRossi managing to gather enough support to send Bellevue councilwoman Sheri Weiner and councilman-at-large Jim Shulman to a runoff. Finally, as everyone predicted, Phil Bredesen and Marsha Blackburn will face off in the general election in November.

Bill Lee’s victory wasn’t much of a surprise for those who followed the polls, as Lee was leading most of the recent polls before the election. However, before he gathered up enough momentum to collect 36.7% of the vote, he was polling in 3rd place for most of the race. Lee was the only candidate that didn’t have some form of political experience, with Black serving as a sitting Congresswoman and Boyd having served in current governor Bill Haslam’s administration. Lee’s win can be attributed to a number of factors, with the media focusing on the fact that Boyd and Black spent so much money on attack ads, allowing Lee to “rise above” the mudslinging. However, it’s worth noting that not only are members of Congress having a hard time getting elected, but Black and Boyd tried too hard to be something they’re not. For instance, despite Vice President Mike Pence’s endorsement of Black, a pre-2016 election video of her laughing at the concept of a border wall probably ruffled too many feathers with GOP voters, especially considering that President Trump remains popular in Tennessee.

Unfortunately for left-leaning election watchers, the Democratic primary didn’t provide much excitement. Karl Dean received 75.1% of the vote, putting an end to Rep. Fitzhugh’s run. There was some argument among insiders about who would actually be a better candidate against the Republican nominee. Fitz supporters said that his appeal to both urban and rural voters, (as he represents Ripley, a rural part of West Tennessee), would make him stronger in a general election. Dean supporters, on the other hand, noted his more moderate approach and well-organized campaign.

Regardless, this makes for an intriguing matchup in the general election. Had Boyd won the primary, Black’s supporters would have had a hard time voting for him after the brutal primary that took place, and vice versa. However, with Lee as the nominee, he has a much better chance of uniting the party. Dean definitely has some tough odds to overcome,  but they’re the same odds that Bill Lee faced when he entered the GOP primary.

The race between Sheri Weiner and Jim Shulman was always going to be close. Weiner painted herself as an open-minded independent, while Shulman had the endorsement of the Davidson County Democratic Party. However, considering all the high-profile primaries on the ballot, the vice mayoral election didn’t reach every voter. Since musician Matthew DelRossi was first on the ballot, many voters who didn’t know anything about the race between Shulman and Weiner simply voted for the name at the top. Despite Weiner having received more votes than Shulman, 46% to his 42%, the runoff is expected to cost the city government around $1 million, and is very likely going to have the lowest turnout of a county-wide election in quite some time. This is a result that frustrated both sides, with a grueling runoff yet to come.

Lastly, while there was no chance that they would lose their primaries, Democrat Phil Bredesen and Republican Marsha Blackburn are now officially facing off in the November election. The polling has been tight despite the clear differences between the two candidates – Bredesen is a moderate and a popular two-term former mayor of Nashville and two-term governor of Tennessee, while Blackburn is a hard-line conservative Congressman running closely to the side of President Trump – given her position on the far right of the party, it might be hard for Blackburn to become the first female senator from Tennessee. Her primary opponent was a man named Aaron Pettigrew who raised a grand total of $225 (that’s not a typo). But since he was the only other person on the ballot, 15.5% of Republicans still voted for him. Looking at the numbers, one can see that Blackburn received 610,000 votes, while 788,000 people voted in the Republican gubernatorial primary – that’s almost 180,000 Republicans who went to the ballot booth but didn’t vote for Blackburn. Her chances rest on whether she can bring GOP voters home; but Bredesen, given his cross-party appeal, is hoping that doesn’t happen.