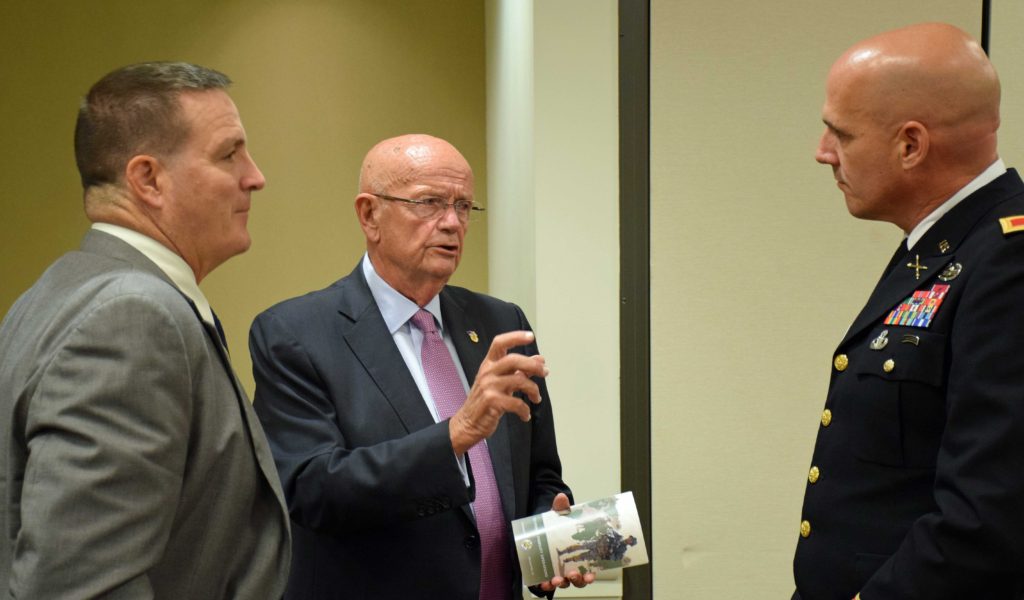 In memory of the terrorist attacks on September 11, 2001, the Vanderbilt Programming Board hosted retired Colonel John Agoglia who spoke about his military experience with the topic “Planning the U.S. Response to 9/11.” Agoglia was a military planner based at Central Command in Tampa, Florida at the time of the attacks.

“When I watched that second plane crash into the World Trade Center, I looked at my boss and said ‘Oh shit. We’re at war,’” said Agoglia. At the time, he did not know what that meant for his friends at the Pentagon, his family, and the country. He was immediately tasked with devising combat strategies against five different nations depending on who was responsible, which included North Korea and Syria.

“We put together a combat operation, and we started invading a nation in 30 days,” said Agoglia, noting that fear and political pressures drove the decisions moving forward.

In the haste of these decisions, leadership overlooked key considerations which sometimes triggered fatal consequences. Agoglia recalled that the food supplies which were dropped as a part of a humanitarian effort were packaged in a blue material – the same color as the small bombs used in the offensive.

The military “didn’t know that, and now, we’re blowing up Afghan kids,” said Agoglia. Additionally, he cited target identification issues which resulted in the accidental targeting of the Chinese embassy among others, partially due to poor maps.

The logistical challenges of coordinating U.S. departments further burdened resources while also having to balance the desires of countries who wanted to help. He cited one example in which the Spaniards gifted a C-130 aircraft, which was unable to fly in Afghanistan. Nevertheless, the Spanish Prime Minister expected it to be used.

Agoglia also noted that the Bonn Agreement, a plan for rebuilding, illustrated a lack of understanding for how to build the nation and desire to do so. “You had lots of folks in and around the government who understood what it took to rebuild a nation, but what we didn’t have is any of those in a position of power to influence.”

He made a final call to action for all students to hold leaders accountable and become active members of the political process.

“Angolia provided…insight into how the U.S. attempted and ultimately responded to the horrible attacks on the twin towers,” said junior Zoe Kost. “No matter where we are in the United States on September 11, I think it is important to have a period of silence and remembrance for all those who lost their lives and for all those directly and indirectly affected by this traumatic day.”

“When you do things that quick, major mistakes are made,” reaffirmed Agoglia. “We’re not (as) willing to learn from their lessons” as we should be.