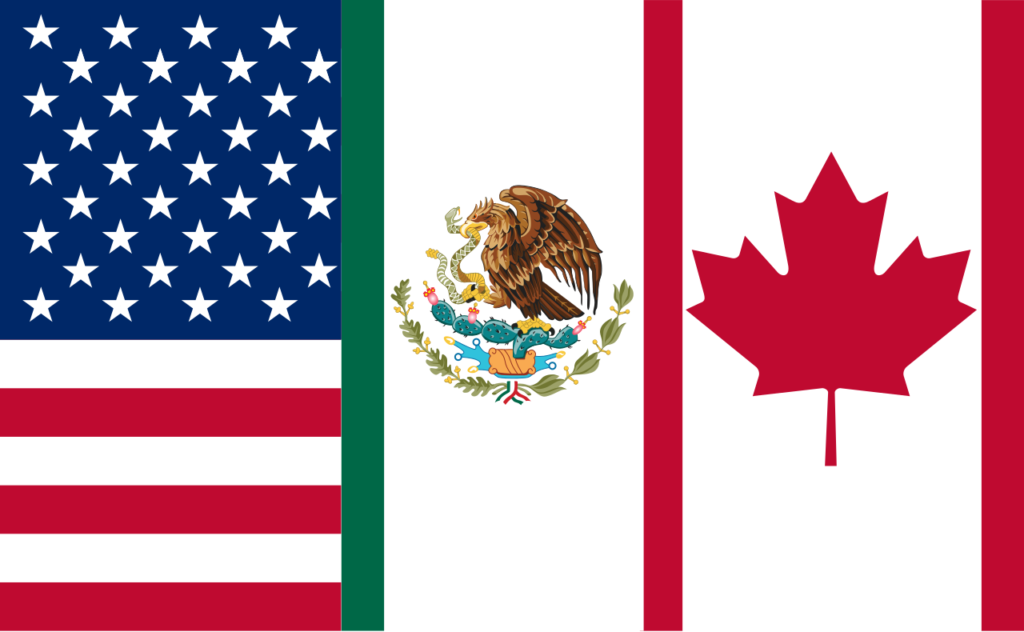 Late Sunday night, Canada agreed to join the newest version of NAFTA, which was already signed on by the U.S. and Mexico last month. Officially to be called the United States-Mexico-Canada Agreement, or the USMCA, this was a last-ditch attempt to salvage the older version of NAFTA so often criticized by President Trump, who called for a new deal. Sunday night’s deadline was caused by lame duck Mexican president Enrique Peña Nieto’s need to sign the accord by his final day in office. Prime Minister Trudeau finally gave the green light Sunday night, after disagreement with President Trump over American dairy left both sides at risk of jeopardizing the 25-year-old trilateral economic agreement.

Sunday was a frantic scene, as last second negotiations occurred around the clock and across various time-zones. Canadian leaders teleconferenced throughout the day with officials at Washington, while Mexico’s foreign secretary of trade, Juan Carlos Baker, waited to present the text to the Mexican senate before the midnight deadline. The last roadblocks to the Canadian signing included US access to dairy markets in Canada, and potential US tariffs on autos. The US steel and aluminum tariffs cooled relations with Canada until last week when talked quickly resumed to meet the deadline.

Although all three executives are expected to sign off on the trade deals, the USMCA will not become law until it is approved by all respective legislatures. This is where the remaining challenges lie. Each legislature will vote at different times, so the deal may not be formally ratified until well into 2019. By that point Mexico will have a new Congress, and the US’ and Canada’s legislatures are currently up for elections, with each election having major ramifications. In the US, it is widely anticipated that there will be some Democratic pushback, especially given that the ratification vote could be voted on by a very different congressional makeup.

While many of the details have yet to be hashed out, President Trump remains adamant that this new deal is different from its predecessor. “It’s not NAFTA redone, it’s a brand-new deal,” he said at the White House on Monday.

After China, the US’s greatest trading partners are Canada and Mexico, with whom we exchange $1.14 trillion worth of goods each year. At the moment, new details about the deal are being released from day to day. Below are some highlights as of October 2.

Automobile shakeup: The new deal requires automakers to produce 75% of the vehicle’s content in North America, up from the 62.5% in NAFTA. This threshold will be raised overtime, and encourages automakers with zero tariffs on their vehicles if they produce more in North America, rather than outsourcing to Germany, Japan, South Korea, or China. The USMCA also requires that an escalating percentage of parts for any tariff-free vehicle (topping out at 40% in 2023), come from a “high wage” factory, where minimum wage is $16 an hour, about triple the average wage for a current Mexican factory job. Because of this large difference, Trump officials hope that this provision will drive jobs northward. The possible backfire, as warned by automotive analysts is that the provision could raise costs for American car buyers and further incentivize automakers to leave the continent entirely. On the other hand, Canada and Mexico gain exemptions from American tariffs for 2.6 million imported vehicles that they send to the US each. That amount is greater than the amount either country sent to the US last year.

American cheese and wine victory: As stated earlier, this was one of the dealmakers. The US wanted (and got) expanding access to the Canadian dairy market, as well as a promise from Canada to erase a Canadian domestic program that aided their dairy sellers. The deal also requires that grocery stores in British Columbia add US wines to their Canadian-only wine shelves.

Dispute resolution win for Canada: In the previous agreement, the Chapter 19 provision allowed for a representative panel through which each country could protest and challenge each other’s newly imposed tariffs, or other actions. The US sought to get rid of this so they could quickly enforce stricter tariffs without regulation, but conceded to Canada’s wishes to keep it.

Last notable things: There includes measures to make Mexico facilitate the formation of labor unions for its workers, measures to further help American banks expand into Canadian and Mexican markets, and a win for American pharmaceutical companies where their intellectual property protections are extended to Canada. The last measure mentioned will included longer protection to American biologic drugs and protect it against biosimilar competitors, most likely raising profits for these companies in Canada.