Sexual assault myths and misconceptions in the #MeToo era 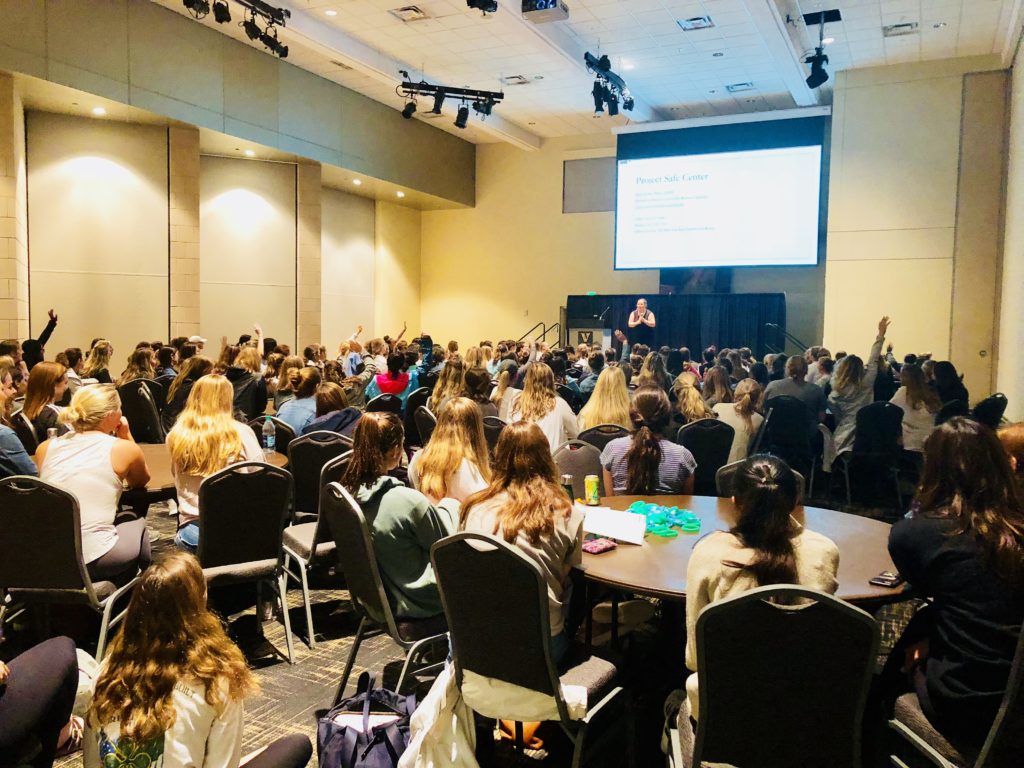 One year ago today, actress Ashley Judd sparked a national conversation about sexual assault and harassment with her allegations in the New York Times that powerful movie producer Harvey Weinstein had sexually harassed her and harmed her career. Since then, many powerful alleged abusers, including Kevin Spacey, Roy Price, Larry Nassar, Roy Moore, Louis C. K., and Matt Lauer, have been accused and suffering social and, in some cases, legal consequences. The country is now faced with severe accusations against a potential U. S. Supreme Court Justice. In reckoning with Dr. Christine Blasey Ford’s accusations against Judge Brett Kavanaugh, many of his supporters have pointed to pieces of her testimony that they claim weaken her credibility.

For the women on Vanderbilt’s campus who are members of a Panhellenic Council sorority, this week also marked the last of the “Supporting a Survivor” trainings put on by Sarah Jordan Welch, a prevention educator and victim resource specialist, from Project Safe, Vanderbilt’s center for sexual misconduct prevention and response. These trainings discussed how to support victims of intimate partner violence and dispel some of the misconceptions regarding sexual assault. The Vanderbilt Political Review sat down with Welch to discuss some of the most pervasive myths regarding sexual assault, particularly in regard to the accusations leveled against Kavanaugh.

Myth #1: If an assault is serious, it is usually reported to law enforcement or the university.

In a tweet from September 21st, President Donald Trump said, “I have no doubt that, if the attack on Dr. Ford was as bad as she says, charges would have been immediately filed with local Law Enforcement Authorities by either her or her loving parents. I ask that she bring those filings forward so that we can learn date, time, and place!” However, according to Welch, survivors often do not report their trauma.

“There are all kinds of reasons people don’t report. Some of the things we talk about with our students includes fearing they might not be believed, and there’s victim blaming that comes into play if the person was drinking or if they’re with somebody that their friends didn’t like or if they weren’t with their friends or those kinds of things.”

Myth #2: Most victims are assaulted by strangers.

“A huge percentage of the population of perpetrators know their victims, it ranges from 70-90% but most people know the person who harmed them. There’s this myth that it’s this ‘stranger in the dark’ but it’s actually way more often somebody who was in your friend group, somebody you were hooking up with, someone who was your friend or someone you were dating.”

The public, media, and politicians have spent several weeks debating the veracity of the claims of not only Ford but also of Debbie Ramirez and Julie Swetnick, who have also accused Kavanaugh of sexual assault. False rape accusations are very uncommon; the FBI reports that these account for between 2-8% of reports.

“Part of it is examining what the incentives are for folks to report falsely. There’s not a whole lot to be gained by making something like that up. Many survivors face a lot of additional emotional harm when the do come forward. I think that sometimes for our students that’s the fear of coming forward is that they won’t be believed.”

Myth #4: Inconsistencies in memory indicate a survivor is lying.

Trump made remarks in a speech in a speech on Tuesday that were directed at Ford’s credibility as a witness because she could not recall certain details of her assault. However, according to Welch, the psychological impacts of trauma have deep impacts on the memories a person has of that trauma.

“There’s a lot of really great research that’s done on the psychology of trauma. A lot of the research shows that sometimes trauma memories are out of order, they’re forgotten, there’s missing pieces, they don’t make sense, but they are still accurate.”

Welch notes that survivors often have difficulty remembering details that would be helpful for an investigation, but they vividly remember other details that seem trivial.

“Asking a trauma survivor to remember an event is like taking an elaborate, beautiful piece of china, shattering it on the ground, and saying now put that back together. They can piece certain things together but are not quite sure how it all fits.”

Myth #5: Defensive measures, such as rape whistles and self defense classes, prevent assault.

“There’s a history of prevention education, so for a long time people thought the solution for prevent sexual assault on college campuses was to hand out rape whistles or enroll every woman in a self-defense class.”

This idea is related to the second myth, that perpetrators are strangers to the people they attack, but this is not the reality, and it puts the burden on women which can lead to victim blaming.

“People do all kinds of things to keep themselves safe and for some folks it makes them feel better to have mace or some kind of weapon and for some people taking self-defense classes makes them feel empowered and strong. But this may not reduce their risk of sexual assault, partly because it’s more often somebody that you know.”