Sexual Assault, a Study in Consequences 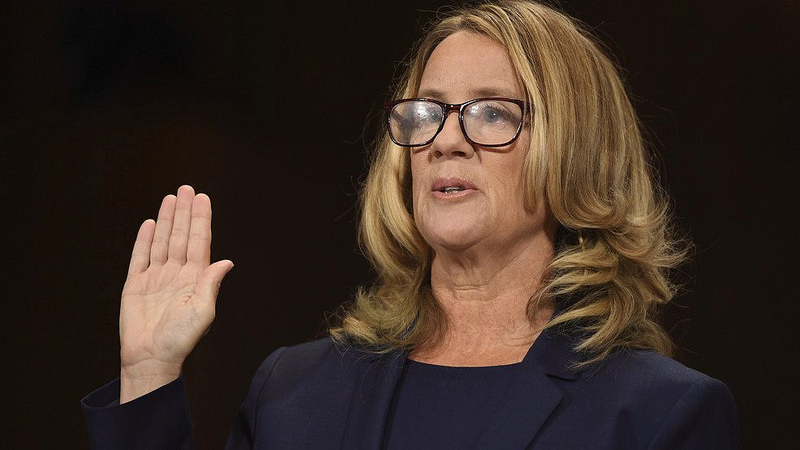 The recent allegation of sexual assault against Supreme Court nominee Brett Kavanaugh, dubbed by our president merely a plot to “destroy and delay” his confirmation hearing, is the most recent in an increasingly disappointing cascade of accusations being disregarded as water under the bridge. The #MeToo movement has been successful thus far in opening dialogue about sexual misconduct, and beginning the slow process of changing some of the toxic aspects of rape culture, but patriarchal structural advantages still stand.

Following the leaking of a letter sent to Senator Dianne Feinstein (D-Cal), in which the author anonymously accused Judge Brett Kavanaugh of sexual misconduct, Dr. Christine Blasey Ford came forward about her identity and testified about the allegations in front of the Senate judiciary committee. Ford gave an impassioned, sharp testimony, which, similar to the Anita Hill hearings in 1991, was a powerful moment for women in today’s socio-political landscape. This, contrasted with Kavanaugh’s own hubristic testimony, made for a moment in history that most people will remember as a watershed moment for women, but also for all people. No act of sexual violence, no matter how young or incapacitated the actor, and no matter who the victim, is ever allowable in a just society. Dr. Ford’s testimony attempted to demonstrate this, in hopes that other perpetrators may be cognizant of the consequences of their actions.

While assault and harassment are often violations of ethical conduct behind closed doors, Dr. Ford’s testimony demonstrates that regardless of age, standing, or privilege, these violations are increasingly faced in a public way. Still, we still have a long way to go before justice is sought for every instance of misconduct. On college campuses today, athletes are disproportionately relieved of the consequences of their actions, creating a culture of privileged apathy amongst those who have not experienced sexual assault.

The panel discussed the narratives of victims whose words and lived experiences were called into question, and the privileged responses of perpetrators and their friends towards alleged cases of sexual assault. To the members of the panel, the attitudes of men are the sources of many of these issues. When people are granted certain privileges, and become flippant regarding the potential consequences of their actions, it breeds a dangerous culture. Dr. Ford attempted in her testimony to act as a harbinger of change, and a sharp departure from rape culture.

On the topic of Kavanaugh’s hearing, Dr. Russell commented, “Men like him think they have a right… I’m sure he didn’t think there was anything wrong with trapping her body under his body.” The panel esteemed Dr. Ford’s testimony, hailing it as an important moment for women, with Dr. Russell noting a corresponding shift in the attitude of female viewers; instead of being scared, women will hopefully now think, “Oh, she’s been believed about him, maybe now I’ll be believed too.”

Despite the hopefulness that open conversations about sexual assault may lead to better outcomes, there is still a great deal of work to be done. Kavanaugh’s confirmation has proven that despite the irresponsibility and immorality of one’s actions, they can still go far in this world. While the nation still responds with outrage, Kavanaugh has served as an example for young men everywhere: the mistakes you make could have serious consequences for your reputation. However, his appointment still reflects the privilege of particular members of society, who often seem to be exempt from the necessities of human decency. Without action and education, without civic participation in elections and protests, we cannot dismantle these privileges or create a just society.

If we do not begin to act with kindness and compassion, we will never see a change. But if we do, we may live in a world where everyone feels comfortable and safe in their homes, workplaces, campuses, and communities. That is the America we should all strive for.