Gift of Life Mega-Drive Is a Success 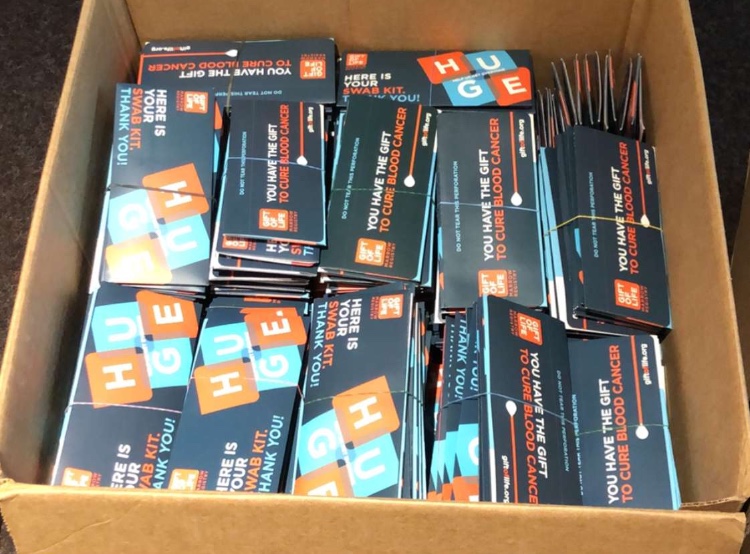 Last week, volunteers at Vanderbilt helped lead a mega-drive for Gift of Life, one of the world’s leading bone marrow and stem cell registries. Gift of Life finds healthy donors for patients battling blood disorders in need of a life saving match through registering people around the country to increase the likelihood that these people will find a match.

Registering is a simple, five minute process that requires going onto a website, filling in your personal information, and doing a swab on your inner cheeks that is then sent to a lab, where your data is kept confidential and only referred to if you end up being a match.

After registering, the chance of getting paired with a match is extremely rare, as 1 in 1,000 individuals that join the registry will actually be called to donate. Of these matches, 90% can donate their blood to give their stem cells, and only 10% actually have to give their bone marrow. In addition, if you are a match with someone in the future, you are under absolutely no obligation to donate. There are now 309,035 registered donors, and since the organization was founded 25 years ago, there have been 15,219 matches and 3,301 transplants facilitated. This means that Gift of Life has saved 3,301 lives.

Gift of Life realized that college students are ideal donors for the drive, as people must be 18 to register, and they stay on the registry until they are 61 years old, maximizing the amount of time that they are eligible to save a life. This drive was led by junior Shelbie Fishman, a campus ambassador for Gift of Life, junior Lizzy Noon, a member of Vanderbilt Hillel which partnered with Gift of Life to organize the drive, and other volunteers that heard about the project and were willing to assist. Vanderbilt’s mega-drive goal was to reach at least 1,000 swabs, as this statistically would mean that the drive would save one life. The record for a single drive is 1,118 swabs.

After reaching out to most Greek chapters, sports teams, and tabling in Commons and Grins all week, the mega-drive was able to get 830 swabs. This number is extremely impressive, and very significant in terms of what the organization is trying to achieve as a whole. It was the biggest drive that Gift of Life has had this year. When asked what her biggest goal for the drive was, Shelbie responded, “Something I’ve thought about a lot recently is how much more prevalent and visible loss and suffering becomes in our lives as we get older, so my main goal is for other people to recognize that this organization gives us the chance to do something about that, to literally make this world a better place by helping others to combat one of the darkest diseases that a person could face.”

On the other hand, if everyone that they informed about the drive had agreed to swab, they would have reached well over their goal of 1,000 swabs. After a week of informing everyone they knew about their goal, Shelbie, Lizzy, and their volunteers realized that many people were unwilling to swab. The most common reason was that they were uncomfortable with putting themselves in a situation where they would feel morally obligated to do something that they may be unwilling to do in the future. Others felt nervous about the possibility of giving blood or bone marrow, and some people felt uncomfortable providing an organization with their medical information. To this argument, Shelbie responded that the accredited organization is HIPPA certified, making the information completely secure.

While this presented itself as a ethical quandary to some, others felt baffled that these fears would stop some people from potentially saving a life. Amanda Clark, a junior who was extremely excited to register and swab, said that after knowing so many people in her life that have been directly impacted by cancer, she could not imagine saying no. She commented, “When learning about this organization, I was incredibly empowered to hear that I could have the opportunity to potentially save a cancer patient’s life because I had always felt so hopeless in the face of this disease previously. I knew that no matter what the effects could be on myself, they are nothing compared to the devastating effects of cancer on a person and their loved ones.”

The drive culminated with a Shabbat dinner celebration on Friday, October 12th. This event was a GME that celebrated not only the number of swabs that were completed over the course of the week, but also the amount of people that were educated on how they had the power to save a life.