No, Taylor Swift Did Not Save Phil Bredesen 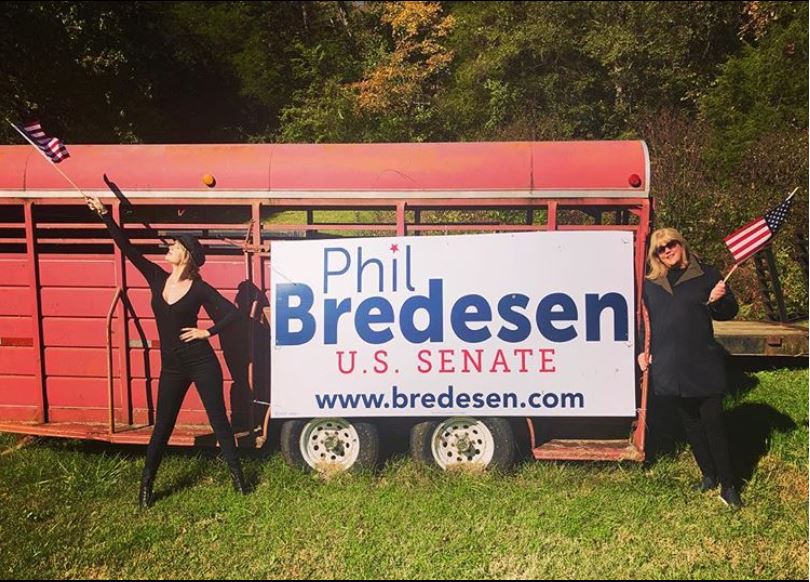 Swift has been the target of heavy criticism for her detachment from American politics and neutrality on President Trump since the 2016 election, likely as an attempt to avoid alienating any part of her diverse fan base. Thus, it came as a surprise to many when she used her celebrity to support a political cause.

So, what was behind her decision? In the caption, Swift revealed that Marsha Blackburn’s (R-TN) congressional voting record “appalls and terrifies” her, citing Blackburn’s votes against the Fair Pay Act and the Violence Against Women Act. These bills sought to protect women from pay discrimination and expand federal protections to gay, lesbian, and transgender individuals. She went on to mention human rights and justice for marginalized communities as driving factors in her decisions to support specific candidates.

Since the post, there has been a media storm characterizing Swift’s caption as one of the most influential celebrity political endorsements ever. Kamari Guthrie, the director of communications for Vote.org, even went so far as to say, “Thank God for Taylor Swift.”

In the 48 hours after the post, 169,000 individuals nationwide registered to vote on Vote.org – almost as many as in all of September. Although the site typically sees a spike in registrations right before the deadline, more than half of these individuals were between 18 and 29 years old, consistent with Swift’s fan base demographics. Some commentators credited Swift with propelling Bredesen back into the Tennessee Senate race after an October 5 CBS poll showed Blackburn up 8 points.

But is it possible that the effects of Swift’s post are being overestimated? Vanderbilt University professor Bruce Oppenheimer thinks so. Professor Oppenheimer is currently teaching a class on the upcoming midterms and has a specialization in the area of Congressional elections. Contrary to what most news sources have asserted, Professor Oppenheimer believes that “the value of celebrity endorsements is probably marginal. There are a lot of people who aren’t really interested in what celebrities have to say and they already have their minds made up.”

Professor Oppenheimer also questions the effects that Swift’s post had on voter registration. “Maybe she was useful in getting people to register who would not otherwise have registered,” he contends, “or maybe they would have registered anyway. And then it is, how many people was it all together, out of what the expected vote total is, for example, in Tennessee.”

On October 21, Taylor Swift uploaded a series of photos to her Instagram story featuring her fans at the polls. Again, on October 30, she posted a photo posing in front of a Bredesen campaign sign, encouraging her followers to participate in early voting. In Tennessee, through October 29, over a million early votes had been cast–nearly three times as many votes at this time during the 2014 election. While a celebrity’s Instagram posts encouraging voting may garner likes, how much sway do they truly have on voting behavior?

Professor Oppenheimer makes a good point. In the 24 hours after Swift’s post, 2,144 new voters registered in Tennessee for the first time on Vote.org – which is relatively high, almost as many in the entire month of September. But more than 2 million votes are expected to be cast in Tennessee this election season. “So, what percentage of the electorate is that?” Professor Oppenheimer asks, “What percentage is 2,000 of 2 million? It’s probably negligible. So yes, it’s good that she brought attention, but are they going to go vote? There could still be some drop-off.”

When asked whether he thinks Swift’s post could have any discernible effect on the midterms, Professor Oppenheimer simply replied, “probably not.” An NBC News/Marist poll conducted October 23-27 shows Blackburn up 51 points to Bredesen’s 46. Election day is November 6.