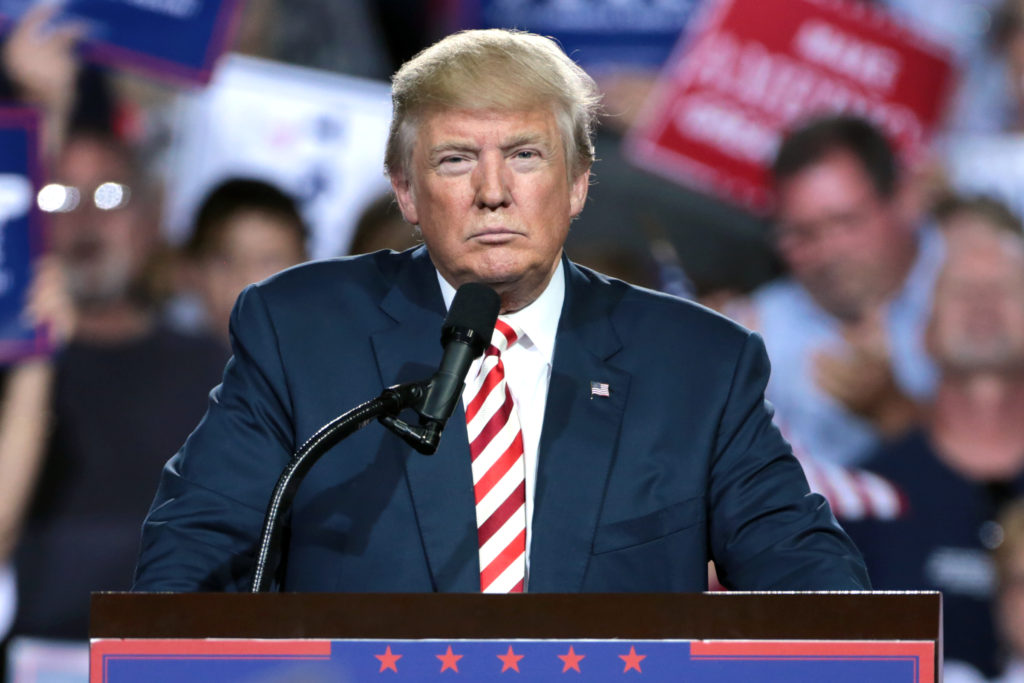 Although the abject horror of the Kavanaugh debacle makes it difficult to recall the impact of preceding events, some weeks prior, the news media exposed the extent to which Donald Trump’s own cabinet has sabotaged said agenda. Bob Woodward’s Fear and an anonymous op-ed in the New York Times set a new tone for the Trump administration. These revelations were only strengthened by evidence that Deputy Attorney General Rod Rosenstein volunteered to record his private conversations with the president. Although this kind of behavior in the Republican Party must be pleasing to liberals, this kind of resistance to Trump can be counterproductive. Of Susan Collins, Jeff Flake and John McCain, the embarrassing pro-Kavanaugh senator from Maine votes with Trump least often at 78% of the time. Focus on the anti-Trump “resistance” distracts progressives and gaslights them into ceding the political sphere; its true function is to disguise the extreme-rightward transition that U.S. policies have undertaken.

There is  strong evidence indicating that Trump has been confounded by some Republicans and even members of his own cabinet. Turnover within his administration is statistically unprecedented, although simply abandoning one’s post is a far more subdued protest than some cabinet members have committed. Deputy Attorney General Rod Rosenstein volunteered to secretly record dialogue with the President of the United States, although his endeavors were fruitless. What’s more, Gary Cohn stole documents off President Trump’s desk pertaining to the potential reduction of our economic and military support of South Korea. Instead of serving as grounds for legal action against Trump’s dissidents, this absurd behavior is accepted by Republicans, whose most radical policy goals are being steadily accomplished, and embraced by Democrats, who are categorically in favor of anti-Trump resistance and portrayals of the administration as blundering, divided or ineffectual.

Even given that discourse shapes reality – and that presidential discourse borders on policy itself – the most troubling aspect of anti-Trump resistance from the Left is that progressives’ fervent hatred of the admittedly odious Trump has distracted them and their constituents from core policy positions, or viewed differently opportunities to make a difference. Ironically, Trump has managed to shift the policy position of Democrats as well as Republicans because so many have defined themselves in terms of opposition to him.

Some of the most offensive language Trump uses is with respect to women, yet in rushing to condemn his radical departure from previous administrations’ foreign policies, critics ignore the substantial harm that U.S. hegemony does around the world, and by corollary, the benefits that supporting some of his policy positions would accomplish. Sallie Yea finds that “the U.S. military presence in Korea is certainly responsible for fostering an exploitative prostitution sector, often involving trafficked women and girls.” It is the projection of power around the world that establishment Republicans want to maintain despite Trumpian isolationism. What’s debatable are the benefits of a “global liberal democratic,” a description which would be called euphemistic by some. What’s undeniable is that one of its greatest harms is borne by women, girls and families around the world.

A transition to multipolarity, a nearly identical distribution of power between two nation-states, is inevitable, and a retreat from primacy would benefit all the nations of the world. Statistically, unipolarity, an unequal distribution of power favoring a single nation-state, is the most conflict-prone system and multipolarity is comparatively better at resolving conflict. Besides reducing armed conflict, mitigating the spread of nuclear weapons and eliminating other problems the security state actually purports to solve, there are extremely strong moral reasons to shut down overseas military bases because of the deleterious impact that troops have on local populations and because of the violence troops inflict on local populations. Denny Tanaki was recently elected governor of Okinawa in a landslide where relocation of U.S. troops to a new base was the main campaign issue. President Moon Jae-In is breaking new ground in his country’s relationship with North Korea.

Progressives ought to do whatever they can to reduce the number of foreign bases and troops which inflict great violence on local populations, especially women. U.S. “defense” spending is also wildly out of sync with the rest of the developed world. Exporting feminist values (or liberal views of women’s rights) ought to be one of U.S. hegemony’s main benefits. An inversion of the two parties’ stances on foreign policy would be devastating to the vulnerable social interest Democrats represent domestically. Liberals embracing so-called moderates such as Susan Collins are actively contributing to the radical right’s agenda. To win elections and take a meaningful ideological position, liberals need to embrace some form of at least some of Trump’s policy positions, specifically isolationist and protectionist ones, and even some of his concrete proposals – and denounce internal administration attempts to stymie his benign policy instincts.