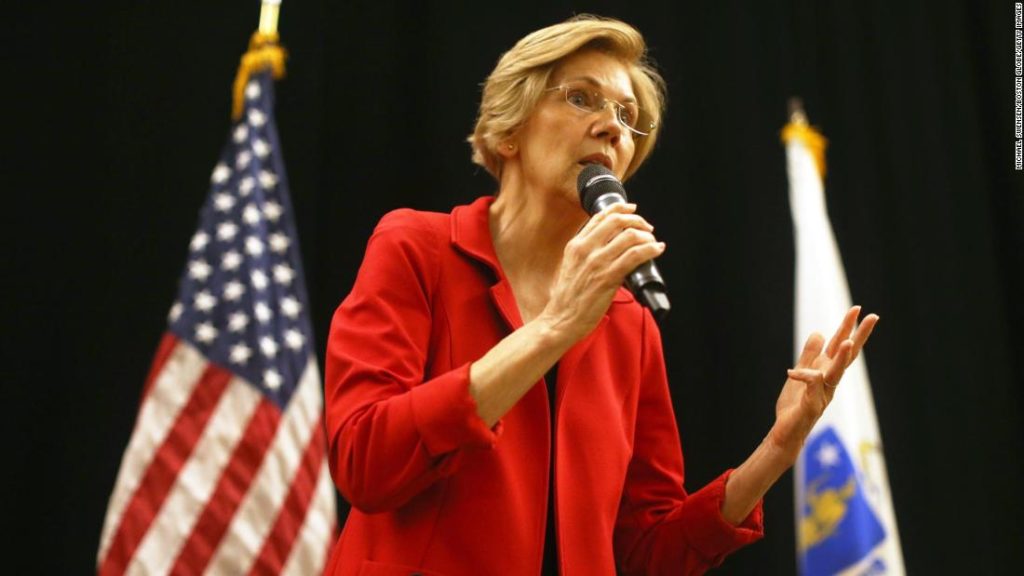 Senator Elizabeth Warren released her vision for American foreign policy in Foreign Affairs Magazine this week. In it, she laid out her strategy and promise to America on the world stage if she were President of the United States. Commentators have speculated that Warren is gearing up for a presidential run in 2020, and the release all but confirmed her desire for the Oval Office.

In her essay, Warren mixed realist calculations of world security with liberal visions of a better American world order. She wavered between non-interventionist America-building and leading the world as a beacon of democracy. In the end, Warren’s calls for better trade deals, a reduced role of the military, and a focus on domestic concerns contradicts with her goal to counter the increasing global influence of China and Russia.

The first pillar of Warren’s argument is a critique of globalization.

“U.S. trade and economic policies have not delivered for the middle class,” said Warren. “Time after time, American workers got the short end of the stick.”

Her commentary sounded similar to Donald Trump’s attacks on the global system. For example, Trump once said, “We have the worst trade deals in the world…but we’re taking it back for our workers.” Both Warren and Trump believe that the international system of trade that the U.S. has built is against the needs of the everyday American.

Next, Warren made the case that the United States currently spends too much money on its military. She said that our “singular focus on counterterrorism” has “distracted Washington from the growing dangers in other parts of the world: a long-term struggle for power in Asia [and] a revanchist Russia that threatens Europe.”

While Senator Warren was correct in that the U.S. faces growing threats that deserve America’s attention, it is hard to accuse the current administration of a preoccupation with counterterrorism. The Trump administration has made strides in moving American policy away from the Middle East and towards China and Russia.

“Great-power competition—not terrorism—is now the primary focus of US national security,” said Defense Secretary Jim Mattis. He put these words into action by removing Patriot defense systems from the Middle East and moving them into defensive positions around Russia and China. These actions among others show the administration’s commitment to rebalancing our foreign policy engagements.

Lastly, Warren wished to allow successful domestic policy to set a positive example to the world. She proposed increased investments in education, scientific research, infrastructure, healthcare, environmental regulations, and democratic protections, among others. This resembled President Obama’s famous phrase “nation-building here at home.” She contended that if America does well at home, we will not have to work as hard to extend our influence globally.

Warren rounded off her argument by showing why foreign policy is so important today.

“After years as the world’s lone superpower, the United States is entering a new period of competition.” said Warren. “In Europe, we should work with our allies to impose strong, targeted penalties on Russia for its attempts to subvert elections…In Asia, we should encourage our allies to enhance their multilateral cooperation and build alternatives to China’s coercive diplomacy.” Each of these goals are commendable in their own right, but her first three aims contradict her stated objective to stand against China and Russia.

“Both Democratic and Republican leaders asserted that free trade was a rising tide…the trade deals they negotiated mainly lifted the boats of the wealthy while leaving millions of working Americans to drown,” Warren said.

Since Warren believes that the tenets of free trade that underpin all of our trade deals are fundamentally flawed, it stands to question if all trade policies would be under scrutiny for renegotiation or withdraw. This kind of friction with our trade partners and allies is harmful to the kind of coalition-building Warren proposes to counter Russia and China.

At the start of his presidency, Donald Trump withdrew from the Trans-Pacific Partnership pact, a free trade deal that the Obama administration designed to isolate China. Since Trump left the deal, he has faced more obstacles to building an economic coalition against China. Warren should learn from Trump’s miscalculation.

Senator Warren’s goal to trim the size of the military also clashes with her aspiration for the U.S. to remain a world leader. Warren stated that China and Russia “invest heavily in their militaries and other tools of national power.” With foreign enemies using their increasingly powerful militaries to threaten U.S. primacy, we must fend off the threat with a larger military. Cutting military spending would be a step in the opposite direction.

“It is essential that we are honest and clear-eyed about the challenges the United States faces. Our democratic allies share our values, and we should join forces to protect not only our collective security but also our shared ideals,” said Warren. When she is forced to choose which path to take while under pressure in the White House, which Warren should we believe?

Senator Warren’s strategy may be an attempt to cater to different interests within the Democratic Party. Her first three stances may be designed to please the liberal wing of the party. Warren’s proposed activism in the face of Russian and Chinese threats may be a nod to the internationalist portion of the party headed by Joe Biden and Hillary Clinton. Unfortunately, the foreign policy goals of these two factions cannot be combined into a single strategy.

Elizabeth Warren’s ramblings on foreign policy are more important than just minor arguments over policy, as she will likely run for president in 2020. The president holds preeminent authority over American foreign policy, and the person we choose to hold the office will represent our country to the world. We must pick wisely.