Have we given up on the freedom of the press? Academics, local journalists discuss on campus 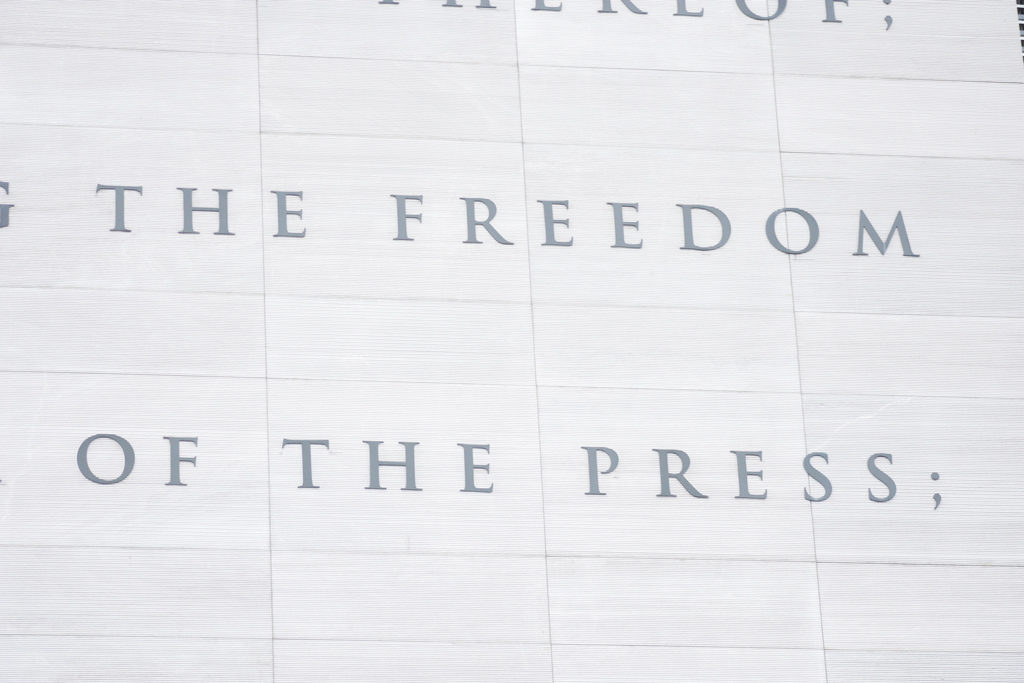 On Tuesday evening, Vanderbilt College Democrats and The Hustler co-sponsored a panel event titled, “Have we given up on freedom of the press?” Panelists, including representatives from The Tennessean, The Hustler, and Vanderbilt undergraduate and Law schools, sat down to discuss the importance of the First Amendment and independent journalism in an age of media misinformation and fake news accusations.

In the context of these recent events, the panelists discussed suppression of speech, on both academic and government levels. Panelist David Hudson, a constitutional lawyer and former professor of law at Vanderbilt, stated, “Today we live in an age where if you criticize the government you put yourself at risk.” David Plazas, Opinion and Engagement Editor at The Tennessean, echoed concerns of attacks on journalists, calling this week’s Senate intelligence briefings regarding the murder of Jamal Khashoggi a “very positive note.”

The panelists also discussed legal protections of hate speech in the United States. Legal precedent upholds the First Amendment’s protection of hate speech, except in specific instances when speech leads to “imminent lawless action.” Hudson specifically mentioned the conflict between the Fourteenth Amendment, which guarantees equal protection to Americans, and the First Amendment, which allows for discriminatory speech, stating that “hate speech is legally protected speech, and that’s tough.”

The event concluded with recommendations for how Vanderbilt students and the broader public can combat both misinformation and suppression of First Amendment rights. “It’s a challenge to regain trust or build up trust with the public,” said Sam Zern, Editor-in-Chief of The Hustler, in reference to fake news scandals in the journalism community.

Plazas requested that students be “active and skeptical consumers” of media and information. Panelist and Vanderbilt Associate Provost Vanessa Beasley added that “what moves the needle at this moment is your vote and how you spend.”