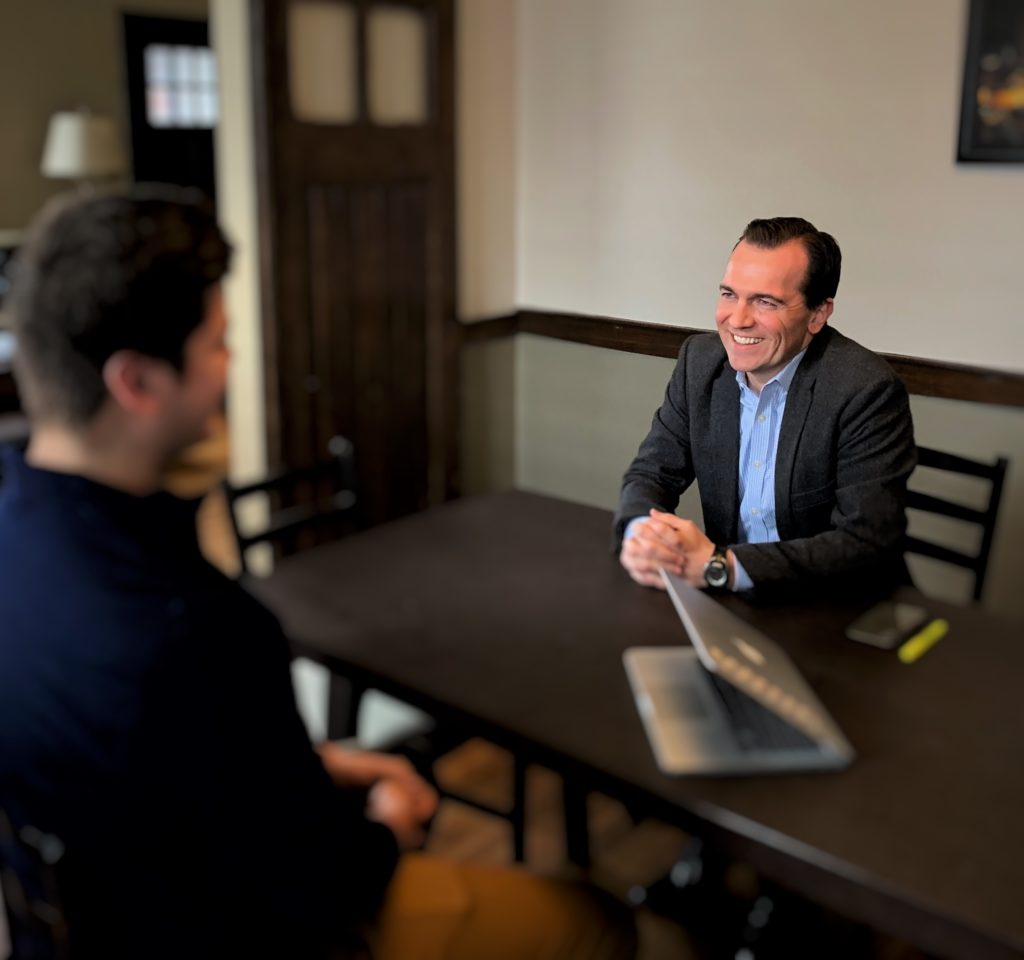 In mid-January, state representative John Ray Clemmons (D-Nashville) announced that he would challenge incumbent Mayor David Briley in this year’s August election. Clemmons is currently representing district 55 (which includes Vanderbilt’s campus) in the Tennessee House of Representatives, a seat that he has held since 2014.

Given that Briley is the incumbent mayor, Clemmons will be considered an underdog, but he is no stranger to that position. He was elected to the state house by beating Gary Odom, who had held the seat since 1986 and was briefly the House majority leader in the late 2000s.

However, Briley is no usual incumbent, which could give Clemmons an opening. Briley was elected vice mayor in 2015, and unexpectedly found himself being sworn into the mayor’s office after Megan Barry was forced to resign. While he won the rest of Barry’s term back in May 2018 with a commanding 54 percent of the vote, he is running in August for his first four-year term. Briley has also had a rough start to his time as mayor. He supported Barry’s Transit for Nashville plan, which voters overwhelmingly rejected, and then came under fire for last year’s budget along with his criticism of a community oversight board that voters decisively passed in November.

With the mayoral race in full swing, the Vanderbilt Political Review’s Noah van Mierlo sat down with Rep. Clemmons for a brief chat about the election and his candidacy.

VPR: Thank you for sitting down with us, Representative. I’ll start off with the fact that not a lot Vanderbilt students know that there’s an election this year, and some likely don’t know who the current mayor is. Why should they care about this election?

JRC: Because it directly impacts their quality of life and their experience while they’re studying in Nashville. I’m proud to represent Vanderbilt University in the state legislature, one of the top educational institutions in the country.

The students have a lot at stake in metro elections, from being able to enjoy public transportation to being able to have a future living in this city. We’d like for them to stay around after graduation and be able to get good jobs with a good salary. All of those things are directly impacted by who the mayor is.

VPR: An incumbent mayor of Metropolitan Nashville has never lost re-election. What makes this election different, and why did you decide to challenge incumbent Mayor Briley?

JRC: Well, running against an incumbent presents its own unique challenges, Last year was a very difficult year for everyone in Nashville, whether you’re a student at Vanderbilt or whether you are a homeowner or a long term resident of our city, it’s a unique situation in which we find ourselves.

Transportation is the #1 issue I hear about every single day, and that will define my first term in office. We need to be prepared to do whatever it takes to address that issue, whether it’s a new transit referendum that includes a buy-in from surrounding counties as well as our own county. We have got to move in that direction. We cannot write that off for another five years like the present mayor has promised to do. If we need to adjust the property tax rate, then that’s something that needs to be addressed. We can’t promise not to do that like the current mayor. We shouldn’t be making promises that we can’t keep and that aren’t economically feasible. While they’re politically safe, they’re fiscally irresponsible and impractical.

Our schools need those resources to succeed so that everyone has an equal opportunity to succeed. Our infrastructure system is antiquated. We live in a 21st century city with 20th century infrastructure.

Solving these problems and overcoming these challenges requires money, it requires revenue. And we need to be prepared to do whatever it takes to address these issues and overcome these challenges. I’m prepared to provide that strong, decisive leadership to do that, I’m not going to make promises that I can’t keep, and I’m going to do whatever it takes to tackle these issues head on.

VPR: Your slogan right now is “equity, opportunity, justice.” Can you elaborate on the reasoning behind that slogan, particularly the choice of word “equity,” which we don’t hear often in politics?

JRC: So what we want to do is to ensure that everybody across the city of Nashville can benefit from the economic “boom.” What we see today is a lot of inequity across the city, with regards to some prospering and other families left behind. There is a real affordable housing crisis in the city that is affecting too many Nashville families.

We need to chart a course and a vision for the future of the city that is grounded in those values: equity, opportunity, and justice. And those are the guiding principles I use for our plans for the future of this city. We need to ensure equity to the point where every child in our public schools, regardless of where they attend, has an equal opportunity to succeed in the classroom. We have to make sure that their teachers have the resources necessary to do their job, we have to make sure that the children have that opportunity to succeed. That should be equitable across the board.

We need to make sure that the families across Nashville are enjoying the benefits of our city’s prosperity. Too many families are being priced out of Nashville. The people in this community, across this entire community, are the ones that make Nashville, Nashville. We have to protect the character of this city. We’re going to experience growth and growth is good. But we need to protect what defines Nashville and that means making sure that we provide that type of equity with economic growth in the city in order to address these needs like affordable housing, which is a crisis by the way, and provide families with transportation options so they can get to and from work, so they’re not sitting in traffic for hours at a time, rather than spending time with their children and helping them with their homework.

We have to look at these issues through those values [of equity, opportunity, and justice] and that’s what we intend to do.

VPR: What have you learned from your experience as a state legislator that you would take to the mayor’s office, especially being in the superminority?

JRC: I’ve been somewhat successful, some would say very successful, in the most challenging of environments as one of 26 Democrats out of 99 members in the state house. In addition, I represent Nashville, which is constantly under attack from representatives from across Tennessee, even though we’re the economic engine and cultural center of this state.

I’ve had successes in the state legislature in that difficult environment. I’ve passed affordable housing legislation, education bills, transportation funding bills… I had a key role in passing the the transportation and infrastructure funding legislation that was passed a couple years ago that’s led to I-440 getting repaired and led to a lot of these projects around town getting addressed.

So I think the lessons I take from that is being able to work with people despite the fact that they’re from very different backgrounds and represent different types of communities, and being able to get together and find common ground and get consensus on how to address an issue that’s really creating a challenge at the state level, so that we can overcome it to benefit Nashville families.

In the mayor’s office, I’ll bring that same perspective, knowledge, and willingness of bringing people together whether it’s any of the 40 members of the metro council, whether it’s neighborhood leaders, whether it’s the Chamber of Commerce, whether it’s any non profit group. I am dedicated to getting everybody to the table to work together, find common ground and solve the challenges facing our city.

I think that it’s a vital necessity for any mayor to provide that leadership, and we will ground everything on our values of equity, opportunity, and justice. We’ll chart the course and the vision for the city not just for the next four years but for the next 40 years, and I’ll bring in those necessary to execute that plan. We’ll work together to communicate it and put it into effect across the city for the benefit of all Nashville families, not just a few.

VPR: You have your seat in the state house because you beat an incumbent, Rep. Gary Odom. What lessons are you going to take from that race and apply to your current race against another incumbent?

JRC: Well, we have a good, solid campaign plan. I surround myself with very qualified people who are good at what they do, and our focus is on outworking the other people in the race and executing our campaign plan. You can only control certain things; some things you cannot control. But what you can control is executing your plan and working as hard as you possibly can. And that’s what we intend to do.

*******Editor’s Note: while VPR has not endorsed any candidate in this race, we encourage our readers to stay informed and get involved. Follow the John Ray Clemmons for Mayor campaign on Facebook, Twitter, or Instagram.