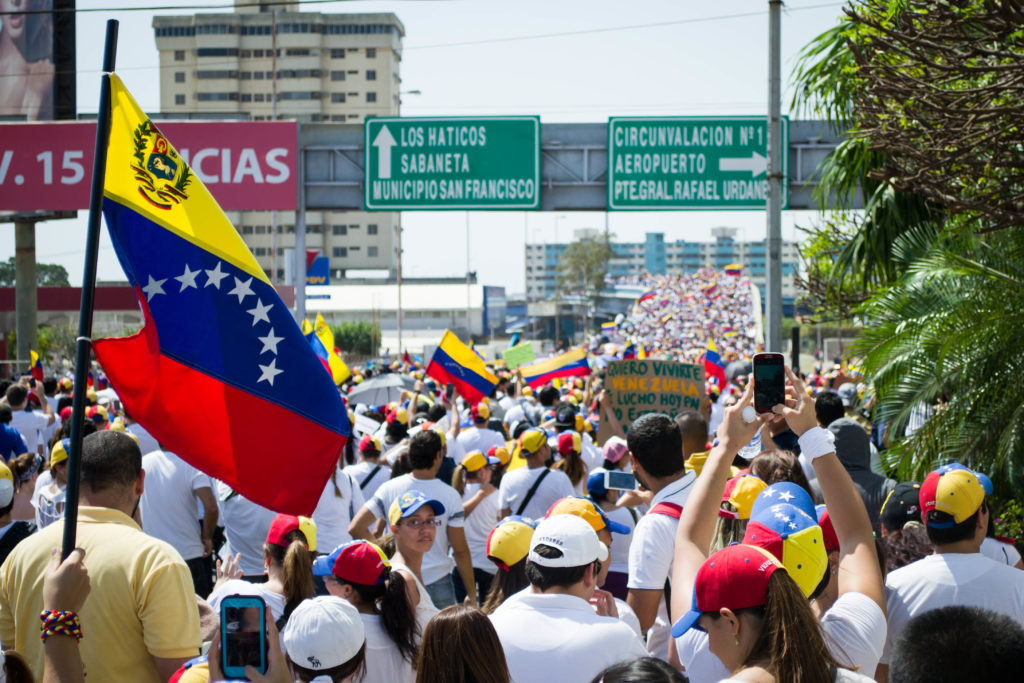 Last week, the United States imposed sanctions against Venezuela’s state-run oil company in the latest blow to President Nicolás Maduro’s regime. Since being sworn-in for his second six-year term after a heavily disputed election, Maduro has dealt with increasing resistance to his rule, both in Venezuela and abroad. Several countries, including the United States, Brazil, and sixteen nations of the European Union have recognized head of the opposition-led National Assembly Juan Guaidó as interim president. Protests against Maduro reignited last week and have led to over 40 deaths.

To understand where Venezuela is politically, one must look at the tenure of Hugo Chavez, who led Venezuela from 1999 to his death in 2013. Chavez, who was democratically elected, transformed Venezuela’s economy from a capitalist system to a socialist one, providing for various social welfare programs and nationalizing industries. During his reign, unemployment was reduced by 50% and GDP quadrupled. This rise in economic prosperity can largely be attributed to the oil boom that spanned a large portion of Chavez’s tenure. Venezuela, whose oil reserves are the largest in the world, enjoyed rising oil costs from 2004-2014. As oil prices rose, Venezuela became increasingly dependent on its reserves for economic prosperity.

While Hugo Chavez maintained high approval ratings throughout his presidency, his hand-picked successor has lacked the same popularity. After Chavez’s death in 2013, Maduro won the presidency in a special election by a slim margin, securing only 50.6% of the vote. Shortly after assuming the presidency, in 2014, oil prices dropped and Venezuela’s economy crashed. Maduro attempted to address his failing economy and rising inflation by devaluing their currency and tightening his grip on the economy. In 2015, after 16 years of socialist control, the Democratic Unity Roundtable, a catch-all political party created to oppose Hugo Chavez, won control of the country’s National Assembly.

Maduro’s first term was defined by both economic collapse and increasing corruption. In February 2014, shortly after being elected, Maduro had opposition leader Leopoldo Lopez arrested on what Lopez claimed were “trumped-up charges”.  In 2017, only 2 years after the Democratic Unity coalition won control of the National Assembly, Maduro held a referendum to create a new legislative body whose powers would supersede those of the National Assembly. This referendum passed and supporters of Maduro have controlled all important branches of government since. It was also in 2017 that the largest protests against Maduro’s corruption began, with over 6 million Venezuelans marching against his rule. The protests persisted from late March to August 2017, then sporadically in December 2017. Maduro’s government was accused by human rights organizations of brutal repression of protesters, including systematic torture of citizens arrested.

Over the past two years, since the 2017 protests, the economy has continued to spiral downward, with an inflation rate peaking at 1.7 million percent. Elections were held in May 2018, but were boycotted by the main opposition, and plagued by allegations of corruption. While Maduro was declared the winner, the results of the election were rejected by the United States, the European Union, and the Organization of American States. After Maduro’s swearing-in, several of these countries recognized opposition-leader and President of the National Assembly, Juan Guaidó, as interim president.

President Trump has taken a hard stance on Maduro, announcing his support for Juan Guadó on January 23, the first international leader to do so. In reaction to this, Maduro called for the expulsion of US diplomats, while the US declined to do so, claiming that he is not the legitimate leader. President Trump’s National Security Advisor, John Bolton, announced sanctions on Venezuela’s state-owned oil company on January 28, which Maduro claimed was part of a U.S. plot to steal the nation’s oil and replace him in a coup d’etat.

Several U.S. politicians including Senator Bernie Sanders have compared Trump’s involvement in the current Venezuelan crisis to past instances of U.S. intervention in Latin America. Throughout the Cold War, the United States was involved in regime-change efforts in the Dominican Republic, Guatemala, Brazil, Chile, Nicaragua, and Panama.

Vanderbilt Professor Jonathan Hiskey, whose expertise includes democracy in Latin America, sees limited merit in this comparison. While Venezuela’s current government is socialist-controlled, Professor Hiskey sees U.S. involvement caused more by economic interests than political ones. The U.S. imported 670,000 barrels a day of petroleum from Venezuela in 2017, 7% of their total petroleum imports, while exporting close to 75,000 barrels a day of light crude oil to Venezuela.

As the 2019 conflict continues into its 3rd week, it is difficult to know what will come next. With Maduro retaining control over Venezuela’s military, it will be difficult for Guaidó to secure power without gaining military support or some type of foreign intervention. Professor Hiskey thinks that any military intervention could backfire. He explained in an interview that Maduro plays off of anti-American sentiments, and that if the U.S. were to interfere militarily, he could gain increased support in Venezuela. With a majority of Venezuela’s neighbors, the European Union, and the United States standing against Nicolas Maduro, what comes next is dependent on both the international community and the will of the Venezuelan people.