Vandy and the Environment: Are we doing enough? 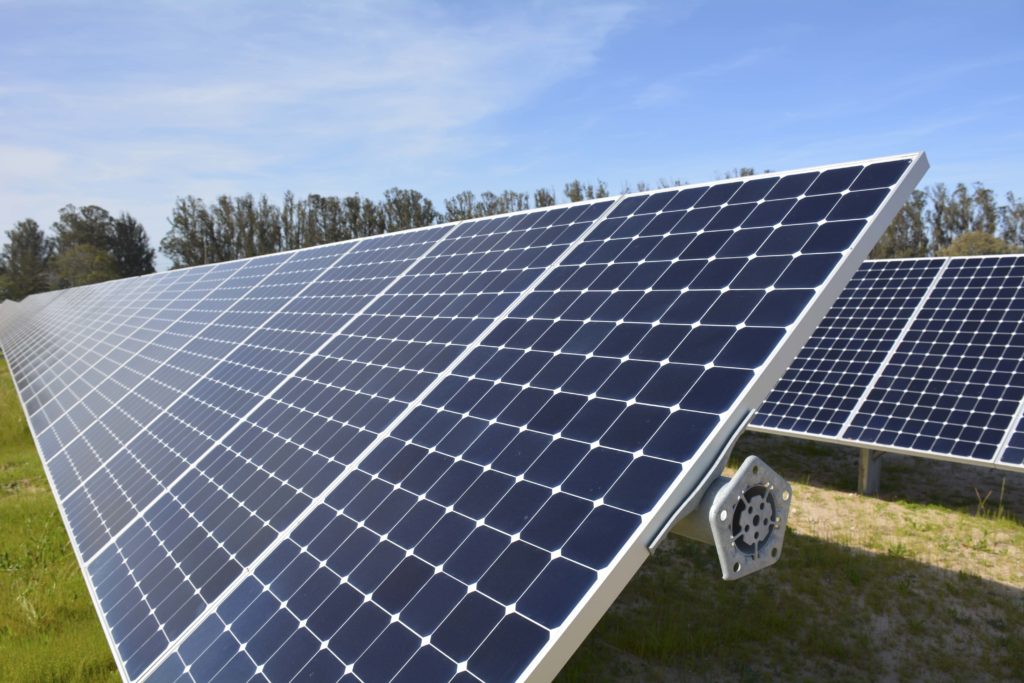 On April 10, 2018, representatives from the Air Force Civil Engineer Center, the office of the Secretary of the Air Force, Vandenberg Air Force Base, California, Defense Logistics Agency Energy, and SunPower attended a dedication for a 28 Megawatt photovoltaic solar array.

The recent opening of the addition to the Vanderbilt School of Nursing on January 22nd reflects Vanderbilt’s ongoing commitment to becoming a green university. This new building achieved the rigorous requirements to gain  Silver WELL certification and Gold LEED certification.. As the first building in Nashville to obtain the WELL certification, the Vanderbilt School of Nursing demonstrates an emphasis on human health through high scores on measures of air quality, water, nourishment, fitness, comfort, and mind. Additionally, the environmental LEED certification exceeds national standards for green construction. This reputation goes beyond campus, with the Princeton Review ranking Vanderbilt as 21st among the top 50 green colleges in 2018.

In addition to Vanderbilt’s 18 LEED certified buildings across campus, Vanderbilt’s sustainability initiatives like SustainVU, FutureVU and MoveVU hope to change the way students and faculty travel to and on campus, to increase the number of green spaces, to renovate older buildings and to reduce the university’s overall carbon footprint.

However, even with the recent renovations and efforts from the university to become greener, Vanderbilt may not be taking a strong enough stance on improving the environment when compared to peer universities. The College of the Atlantic located in Bar Harbor, Maine, took the top spot in the Princeton Review’s top 50 green colleges ranking. A small school of just over 300 students, the college has been carbon-neutral since 2007 and makes teaching students about sustainability and the elimination of fossil fuels a top priority.

Stanford University, a school slightly larger than Vanderbilt in terms of students but much larger in terms of acreage (8,180 acres versus Vanderbilt’s 333 acres), took the 10th spot on the Princeton Review’s rankings. Some of Stanford’s goals include becoming a zero-waste school by 2030, and becoming 80% carbon free by 2025. In addition, all of Stanford’s buildings are currently LEED Gold certified.

Vanderbilt also aims for a significant reduction in carbon emissions. According to Dr. Andrea George, the director of the Sustainability and Environmental Management Office (SEMO), through the Large-Scale Renewable Energy Study and BlueSky Energy Study, “We [Vanderbilt] are carefully evaluating, with the help of expert consultants, the feasibility, benefits and challenges of renewable energy as an opportunity for our campus.” With more building renovations, measures to capture solar energy, and measures to decrease the emissions by improving methods of transportation to, from, and on campus, by 2017, Vanderbilt had achieved a 42% reduction in greenhouse gas emissions from the baseline emissions levels in 2005.

Outside of these statistics, Dr. George claims, “The university continues its efforts to reduce its carbon footprint. This past year, greenhouse gas emissions decreased by 12% per gross square foot and has declined steadily (more than 25% overall) since we began tracking this data in 2008. Additionally, our water consumption has declined 81% over the past 10 years and our waste diversion rate is 47% this year.”

However, in comparison to Stanford’s environmental goals and achievements, Vanderbilt’s plans seem more modest. Stanford’s emissions dropped 67% below peak levels in 2017 and has a 63% waste diversion rate despite being a larger university growing at a faster rate than Vanderbilt.

Of course, this does not take away from any of Vanderbilt’s achievements in reducing its footprint. It is essential that universities like Vanderbilt and Stanford remain leaders in these efforts. According to Dr. Craig Phillip, Research Professor of Civil and Environmental Engineering and Director of the Vanderbilt Center for Transportation and Operational Resilience (VECTOR), Vanderbilt is the biggest activity generator in Tennessee. He also claims securing funds from the federal government to undertake large projects is essential to improving our footprint. He has worked closely with other officials on campus to secure $5 million in CMAQ funds (Community Multiscale Air Quality Modeling System) to use sensors which measure air quality around campus to understand which areas to target for further research and response efforts.

Although Vanderbilt’s plans for the future may not be as ambitious as other universities around the country, the university’s current efforts have produced strong results thus far. Despite this, a university like ours should always push the boundaries of what is expected of us in order to have as big of an impact as possible and to generate a local community which highly values environmental responsibility.