Op-Ed: Why you Should Consider Forgiving Kamala Harris 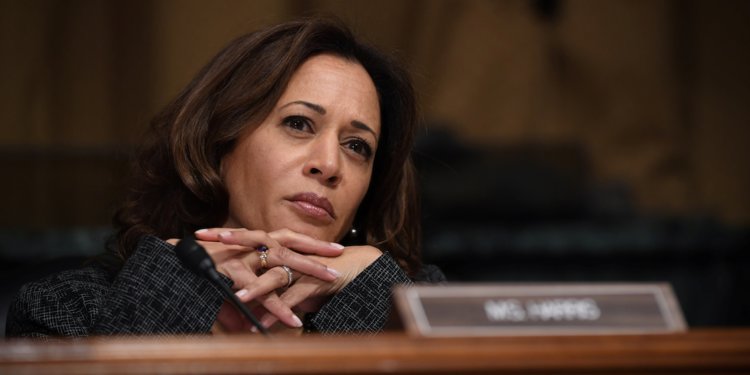 Since Kamala Harris’ presidential campaign announcement in January, there’s been a lot of info floating around about her record as the Attorney General of California.

To start, there are some “facts” floating around need clarification. In particular, the most popular critique of Harris is that she allegedly argued that inmates serving time for low-level crimes be kept in prison because their release would be too big of a blow to California’s labor force. This statement was attributed to her because it was argued by one of her attorneys in court, despite the fact that she indicated that she was “very troubled” by the argument. Of course, it’s impossible to know whether or not she shares that sentiment, but it’s important nonetheless to note that she never publicly stated such an idea.

There are still some grim facts of Kamala Harris’ time as a District Attorney and as the Attorney General that are not fake news. She pushed for the death penalty. She worked to uphold wrongful convictions involving misconduct by government actors (and in so doing denied a DNA test to an inmate on death row, only to be nationally challenged and eventually give in). She also sought to avoid investigations of police shootings.

An interesting split emerges in Harris’ work, however, when one looks at her policies outside of the realm of punishment. For example, she started initiatives to reform low-level drug offenders and helped put them on a path to educational or occupational opportunities. Under the assumption that attending school minimizes children’s likelihoods of turning to crime, she attempted to help parents overcome the obstacles that prevented them from sending their kids to school. When it comes to preventative measures, Harris is all about going easy on people. But when it comes to punishment, she gets tough.

Unfortunately, this toughness isn’t anything particularly groundbreaking. Being “tough on crime” earns easy bipartisan support. People, understandably, value their safety and seek ways to protect it, motivating both sides of the aisle to get behind policies that  address the people’s concerns. Additionally, many of the positions in the judicial system — from district attorneys and sheriffs all the way up to the state Attorney General — are elected positions. Candidates running for these spots find it easy to win votes with promises of keeping the community safe, preying on the electorate’s fear of crime to equate being tough with being competent. In order for an elected official to keep their job, they must deliver on these promises or risk facing smear campaigns about the time they “went easy” on a violent criminal.

To see this dynamic at play, one must look no further than Alabama, the only state that still allows judges to override juries’ sentencing decisions. In his book Just Mercy (a must read if you’re interested in criminal justice reform), Bryan Stevenson notes that during election years, Alabama judges more frequently override a jury’s life imprisonment sentence to replace it with the death penalty.

To put it more simply, because the state’s eyes are on the judge during election season, they feel compelled to crack down on convicted criminals by sentencing them to death. Additionally, according to a study done by the Brennan Center, increases in TV ads in Supreme Court races led justices to be more likely to vote against a suspected criminal, specifically out of fear of “distorted, soft-on-crime attacks.” The election of officials in the criminal justice system creates an environment in which Attorney Generals feel pressured to find an answer for every crime, even if one is not readily available.

All this is not to say that you must forgive Kamala Harris, but rather, to give you a lens through which to view her professional past. When both parties are tough on crime, being too easy means neither party has your back. It’s possible that if she had pursued lighter sentences then she would have been replaced by someone who was both aggressive with crime and did not value the positive programs that she implemented. In other words, being tough on crime is not necessarily inconsistent with being a “progressive prosecutor” as Harris has labeled herself. Harris’ mixed record on prevention versus punishment demonstrates that being “progressive” is an ideal that she strived for while simultaneously balancing community concerns about crime. It’s easier in the short run to respond to crimes rather than to work to prevent them, but Harris nonetheless put in the effort for rehabilitation and preventative programs. Thus, as a high-level prosecutor in an environment where being tough on crime earns bipartisan support and votes, Harris’ tough record is potentially more of a reflection of the system than her personal beliefs.