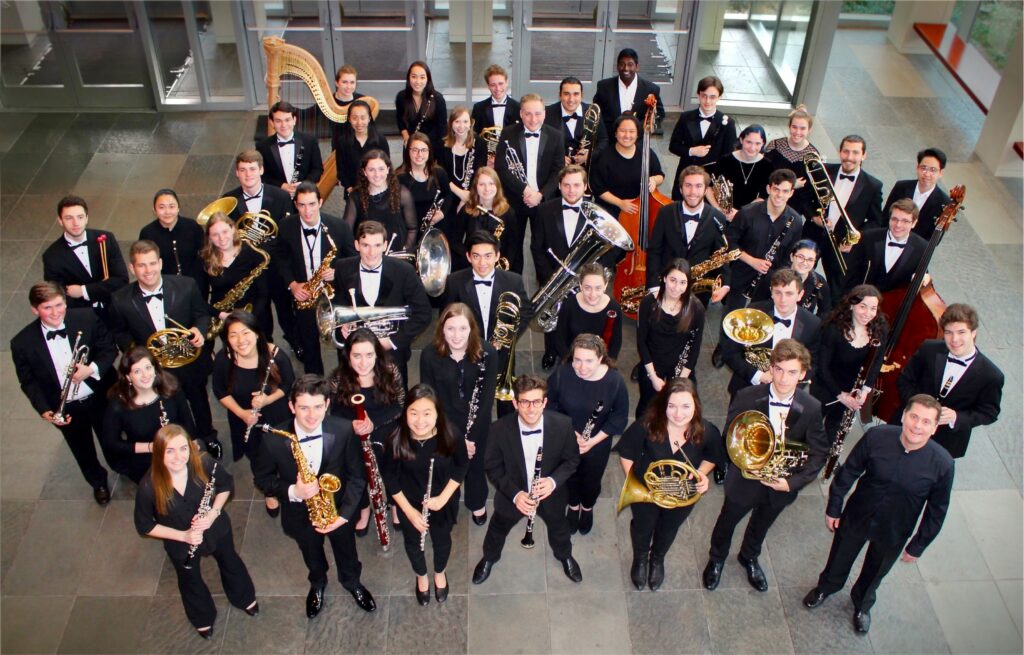 This April Vanderbilt Blair School of Music will be hosting the first bilingual English-Spanish conducting symposium in the United States. ¡BLAIR!, Blair’s Latin American Initiatives and Resources, has accepted seven conductors from four different Latin American countries to participate in the Conducting Symposium. This three-day intensive experience will focus on “musical instruction, cultural interaction, and sociological importance.” says conductor Dr. Verrier. Furthermore, the Conducting Symposium also includes group sessions and discussions about music that will be open to the public, providing everyone with the opportunity to engage with different musical cultures. This program is only one aspect of a larger vision, one that strives to make the world a better place through music and cultural exchange.

Vanderbilt’s Wind Symphony Director Dr. Thomas Verrier is the driving force behind this project and has said he deeply believes in cultural appreciation and growth through music. ¡BLAIR! has received full support for their accomplishments and objectives from the Blair Administration, as well as funding from Vanderbilt’s Arts and Humanities Department and the Center for Latin American Studies. Dr. Verrier often selects a wide variety of Latin American repertoire for performances and promotes interaction with this culture as well. In the Spring of 2018, the Wind Symphony traveled to Colombia to experience their culture first-hand and in turn, to perform for and teach young students about American music.

“Trips to places like Colombia, the Dominican Republic, and Europe allow us to experience the music of other cultures, giving us insight into how music is taught, learned, experienced, and shared,” junior Music Education Major Thomas Desrosiers said. Wind Symphony members also embrace this project by using the resources given to them to pursue their own musical projects abroad. Several students have traveled to Costa Rica, Colombia, and Panamá in order to follow their personal musical endeavors. Through all this musical exposure the Wind Symphony can then share what they have learned and experienced with other members of the Nashville community, as Blair concerts are always open to the public.

In most of the Latin American countries, music and band programs are not wide-spread and they receive very little funding from the government. Band programs are social projects, intended to get kids off the streets through ensemble music making. Because of this, training programs for conductors and advanced musical opportunities are not readily available. Conductors from these countries often look abroad to improve their conducting and leadership skills but find themselves limited due to high participation cots and language barriers.

“To be able to train effectively, conductors need to learn in their native language,” says Dr. Verrier. What ¡BLAIR! offers these conductors is unique to the curriculum that has been designed here at Vanderbilt. Training will be directed by Dr. Verrier, a long-time Spanish speaker, Jose Sibaja, Blair’s Costa Rican trumpet professor, and Alejandro Gutierrez, Orchestra Conductor at the University of Costa Rica. In order to make this experience even more accessible, three participants have received grants that cover all of their expenses. These conductors will participate in rigorous trainings, discussions, and the opportunity to work with Vanderbilt’s Wind Symphony.

The symposium’s impact may extend beyond the walls of Vanderbilt. Latin American governments are beginning to see and feel the positive effects of music and are gearing more focus toward the arts. For example, the Department of Education in Panamá has created a nationwide conducting contest to promote the importance of bands and reward band conductors. The Ministry of Culture in Colombia is also allocating additional funds to arts and music programs in the country. ¡BLAIR!’s initiatives such as this symposium and the development of their YouTube channel, Bandayuda (a new resource for advanced musical pedagogy), has received recognition from many Latin American countries and is changing their musical system. Additionally, the symposium’s participants will be returning to their countries with newfound knowledge and renewed motivation to change their communities through music.

“We have a wealth of knowledge [here in the United States] and we have an obligation to share that,” Dr. Verrier said. “We have this responsibility to change the world one bad clarinet player at a time.”

Although this symposium is only one part of a larger goal, this project will continue to grow because the improvement of community and life “resonates with people,” according to Dr. Verrier. Even though the ¡BLAIR! program only lasts three days, its impact will last for years to come. Not only is this an exchange of musical cultures, but it is also an exchange of knowledge that is necessary in both the United States and in Latin America. The conductors participating will be acquiring invaluable knowledge that they will be passing along to their colleagues and students, meanwhile Nashville will be gaining a different type of exposure to foreign cultures that is not always easily attainable. Dr. Verrier embraces the sense of duty to better the world through music; helping the less privileged countries but also acknowledging the breadth of knowledge they can impart upon American band programs as well. ¡BLAIR! is already creating a loud impact and we can expect even more cultural growth here at Vanderbilt in the very near future.