The Politics of the Self in Netflix’s Queer Eye 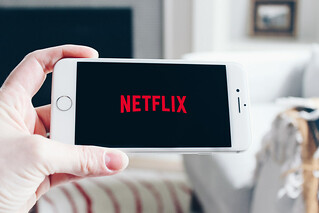 In an age wrought with the irony of memes and the cynicism of, well, everything, it is nice to be comforted by the tender, human moments of culture brought to us by shows like Netflix’s Queer Eye. For those of you living under a rock, the show follows the Fab Five (Antoni Porowski (food and wine expert), Tan France (fashion expert), Karamo Brown (culture and lifestyle expert), Bobby Berk (design expert), and Jonathan Van Ness (grooming expert)) as they give their “heroes” (the most laical of the lay, the most heart wrenching of the ennui) “more than a makeover.” With the most recent third season of the show having been released early this year, there has been plenty of touching content to be uplifted by. However, the most recent season has seen the show take a rather pointed political turn. The show has always been known for its cultural and social commentary but in 2019’s season, the show played with much larger, encompassing themes regarding humanity and how we function.

Take, for example, the second episode of season three. The episode sees the Fab Five sprucing up the life of 47-year-old Joey Greene, the director of a summer camp for kids. Before the show, Greene lived what we are led to be a depraved life out of an RV, barely using his work-appointed cabin. “It’s just never been a big deal for me to take care of myself, because I have what I need,” he explains. “What’s wrong with wanting something that you just want, not that you need?” replies Tan France, fashion expert. “The way I grew up, I got it in the back of my head that that was selfish,” Greene says. By the end of the episode, Greene is completely (nearly fundamentally) transformed: he is clean shaven, wearing clothes that fit him, and living in a lavishly refurbished cabin. However, the lifestyle shift Greene underwent required quite the gestalt shift as well. It is true that he lived in a deteriorating van and wore clothes that were too large for him, but he did this, not out of sloth or laziness, but out of selflessness. In the episode we see that Greene, when he did sleep in the cabin, chose to sleep in the living room, leaving the master bedroom for his son. This is a man who dedicated himself to serving others, even when it meant leaving little for himself. When the Fab Five came in they shifted his perspective, away from selflessness and towards his self. In today’s society this is something we see endlessly, the near-religious dedication to self care and the constant reminder that to love others, you must first love yourself. This is a message that we have all accepted, but with some help from the Fab Five, we can see some of the underlying societal and philosophical forces that have led us to this often problematic collective mentality.

“You being your true self isn’t going to offend anybody. It’s very unlikely that people are going to cause you an issue just because you are being yourself. And if they’re concerned, that’s on them. You’re happy.” Tan France often comes across as the most genuine and amicable of the Fab Five, and in this quotation, his underlying ferocity breaks through. Throughout most of the show, the Fab Five do their best to empower their heroes, uplifting them and teaching them valuable life lessons, and in this instance, the message of self is driven to the extreme. “You’re happy,” Tan says. To the Fab Five the happiness of their hero is the ultimate goal, and the five men teach their heroes that it should be theirs too. This idea comes across as hedonistic: you should do whatever you like as long as you are happy. While Queer Eye does not take it this far, the notion is still present in its workings. When we are constantly bombarded with advertisements tailored for us and pills that can cure our every ailment, it is easy to care for your own happiness and nothing else.

This mentality is a product of Late Capitalism and workism. According to Derek Thompson at The Atlantic, workism is “the belief that work is not only necessary to economic production, but also the centerpiece of one’s identity and life’s purpose; and the belief that any policy to promote human welfare must always encourage more work.” Our lives are marked by our production, our careers, and in turn we become the consumers, engrossed by our desires and near-forced to indulge ourselves. The cycle of work and consume we are caught in is enforced by everything: the news, our educations, our government, and even Queer Eye. The workings of the Fab Five give us a glimpse at the American psychosphere: be happy, even when everything around you is so awful, be happy.

The Fab Five, through their sheer compassion and humanity, do manage to slip us messages of hope. “He needs to understand that being vulnerable is not a sign of weakness. It is a sign of strength. It shows that you are in tune with yourself, which is the sexiest thing to men or women.” Karamo Brown, the show’s lifestyle expert, emphasizes the need for tenderness in our interactions. In fact, each of the Five are exemplary in their compassion: extending gentle hands and listening intently with understanding ears they are paragons of humanity in a bleak world. Perhaps, then, the message is not about consuming and focusing on oneself until you are happy. The true message of the show, in this fan’s eyes, is to be more like the Fab Five: to be kind.