Zeppos’s Legacy, a Decade of Vanderbilt 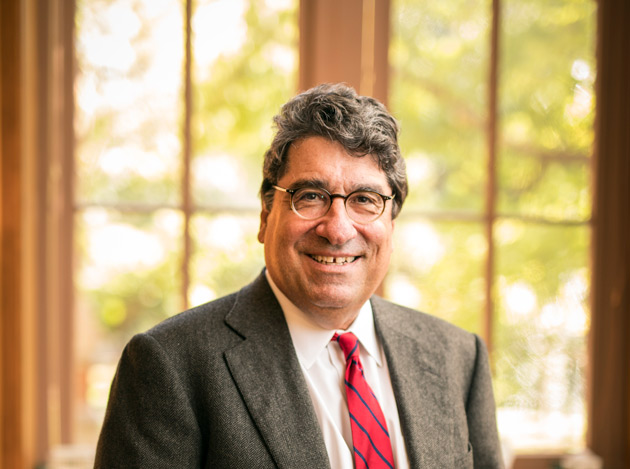 After eleven years as Chancellor of Vanderbilt University and more than thirty years into his career at the institution, Nicholas Zeppos stepped down as Chancellor on August 15. Citing health concerns and a desire to focus on his personal life, Zeppos announced his retirement from the position in April. He plans to return to his initial appointment as a faculty member at the Vanderbilt Law School after a yearlong sabbatical. Following his announcement, the Vanderbilt Board of Trust appointed Provost and Vice Chancellor of Academic Affairs Susan R. Wente to serve as the Interim Chancellor until a nationally competitive search identifies a permanent successor.

In line with the articles written in recent days by peer publications highlighting Chancellor Zeppos’s legacy at Vanderbilt and within the greater Nashville community, the Vanderbilt Political Review seeks to pay tribute to his contributions to our university and our city. Since taking on the position of chancellor in 2008, Zeppos helped transform both this university and this city in tremendous ways.

As Chancellor Zeppos took office, the American and world economy was in near official recession. Not only was there an immediate economic situation to brace for, but also the future of Vanderbilt and its students had to be considered. Vanderbilt saw a 19% reduction in its endowment, only to rise 62.6% over the rest of Zeppos’s tenure. Chancellor Zeppos demonstrated a prolific fundraising capability. Primarily, he worked to establish two major economic inclusivity programs to help aid students: Opportunity Vanderbilt, which provides need-blind financial aid to students, and Experience Vanderbilt, which provides financial resources for students to participate in organizations on campus.

Under his leadership, Vanderbilt University and the Vanderbilt University Medical Center officially split in 2016. In the same year, the salary of the Chancellor rose to $4.3 million with a $2.9 million bonus, leading Chancellor Zeppos to be included among the highest-paid private university chancellors. Moreover, that bonus came on the heels of major layoffs at the University. The Nashville business community has long held Chancellor Zeppos in high esteem, demonstrating the importance of Vanderbilt throughout the city. However, these connections have opened the university to critique, especially in regard to Vanderbilt’s investments in private prisons.

Under Zeppos, Vanderbilt began revolutionizing much of the campus, especially the housing model via the FutureVU program. As construction continues, the conversations of current housing conditions focus on the inadequacies and issues that regularly come to light, such as dangerous mold and an increasing quality disparity between newer and older dorms. Moreover, the University renamed a first-year residence hall from “Confederate Memorial Hall” to simply “Memorial Hall” under Chancellor Zeppos.  However, Vanderbilt is also leading the way with eco-friendly buildings, by securing numerous LEED certifications across campus throughout Zeppos’s tenure.

Vanderbilt has had a few high-profile stumbles in the past decade. In 2013, Zeppos had to lead the university through the trial and conviction of five football players for the rape of another student. In 2015, minority students marched into Kirkland Hall and staged a sit-in, delivering a list of demands to the Chancellor to improve Vanderbilt in how it fails minorities. As recently as spring 2019, the University denied tenure to Prof. BethAnn MacLaughlin, founder of #MeTooSTEM, in a process rife with alleged sexual discrimination; Chancellor Zeppos had the authority to overturn the decisions via the Board of Trust, but upheld the vote.

Zeppos most meaningfully impacted Vanderbilt as an institution via the rising prestige and reputation of the university as a whole. Since 2008, Vanderbilt has risen 5 places in US News Ranking and has more than halved the admissions rate, falling from 25% in 2008 to just under 10% in 2019. This elevated status can also be seen in the many honored guest speakers invited to Vanderbilt as part of the Chancellor’s Lecture Series. High profile speakers such as former President George W. Bush, former Vice President Joe Biden, Sen. Jeff Flake, Meghan McCain, Samantha Power, and Stacey Abrams all reflect the growing influence of Vanderbilt as a premier academic institution.

As Vanderbilt begins its academic year, we also embark on a new era of leadership. Chancellor Zeppos has lead Vanderbilt for a decade, leaving major marks on the University, its students, and its future. Vanderbilt Political Review would like to wish him the best with his future plans and thank him for his commitment to academic leadership.