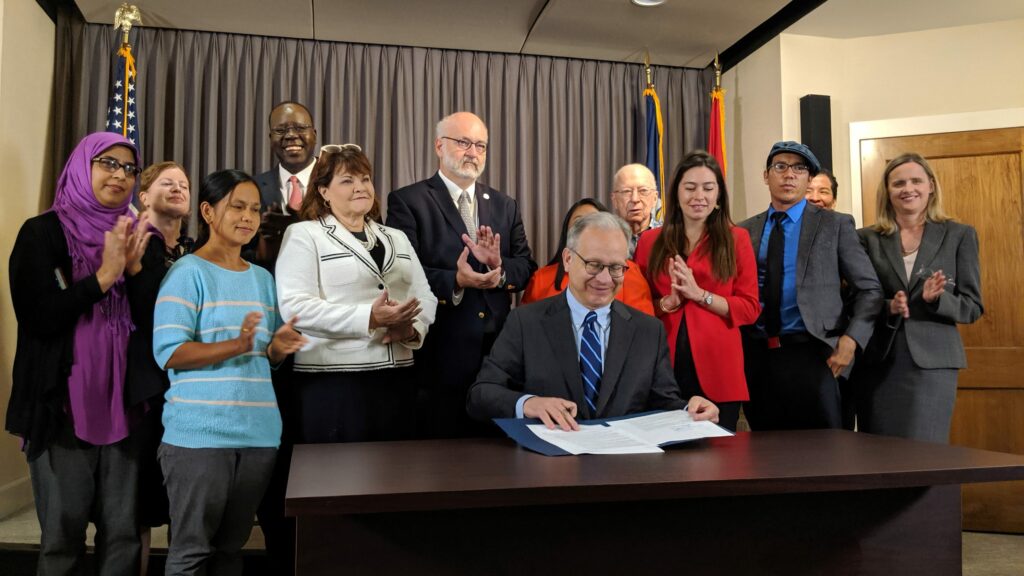 Eight days before his election day, Mayor David Briley has announced that he wants Tennessee to get rid of its anti-sanctuary city law and signed an executive order stating that Nashville will be challenging the law’s constitutionality. Sanctuary cities are cities in which the local police force does not cooperate with Immigrations and Customs Enforcement (ICE) to detain undocumented immigrants. This means that local police are not asking people that they come into contact with about their citizenship status and that they are not carrying out arrest warrants issued by ICE.

The law in question, HB2315, went through the state legislature in April of 2018 and was passed on April 25th. It bans sanctuary cities across all of Tennessee, threatening to remove economic development grants from cities that do not comply with the law.

Congressman Reedy, when proposing the bill, expressed typical anti-immigrant sentiments, even mirroring Trump’s rhetoric by referencing immigrants who “murder” and “rape.” He stated that because he did not “know who’s walking up the streets,” he saw the bill as a way to “protect” his family and his family’s jobs. It seems as though his fellow legislators agreed with him: 27 Senators voted for the bill and only 5 voted against. In the house, 64 Represenatatives voted in favor and only 23 voted against.

In opposition to Congressman Reedy, representatives from the Tennessee Immigrant and Refugee Rights Coalition (TIRRC) expressed concern that the bill would lead to potential violations of the Fourth Amendment if warrants were improperly issued by ICE. Additionally, they emphasized that immigrants would be significantly less likely to come forward about crime victimization if they feared that the local police, working with ICE, would deport them. Police chiefs across America tend to agree.

Whether or not Mayor Briley is going to pay for his decision when he faces reelection next week is a different question which waits to be addressed. Sanctuary cities have been discussed during the mayoral debates this election cycle, of which Briley was a part, but his strong position on the matter seems to have appeared out of nowhere this week. Briley presumably believed that his choice would not hurt, and would hopefully help, his chances. For some, the timing of the decision has cast doubts on the credibility of his decision and whether or not it was honestly intended to support Nashville’s immigrant population, or if he made the move with the pending election in mind. Given the divisiveness of the issue, it seems likely that this decision ended up being a combination of both factors. The ultimate test of his sincerity will be whether or not he follows through on his statements if he wins the election.