“We Need to Act Now!”: Climate Activists Strike for Change in Downtown Nashville 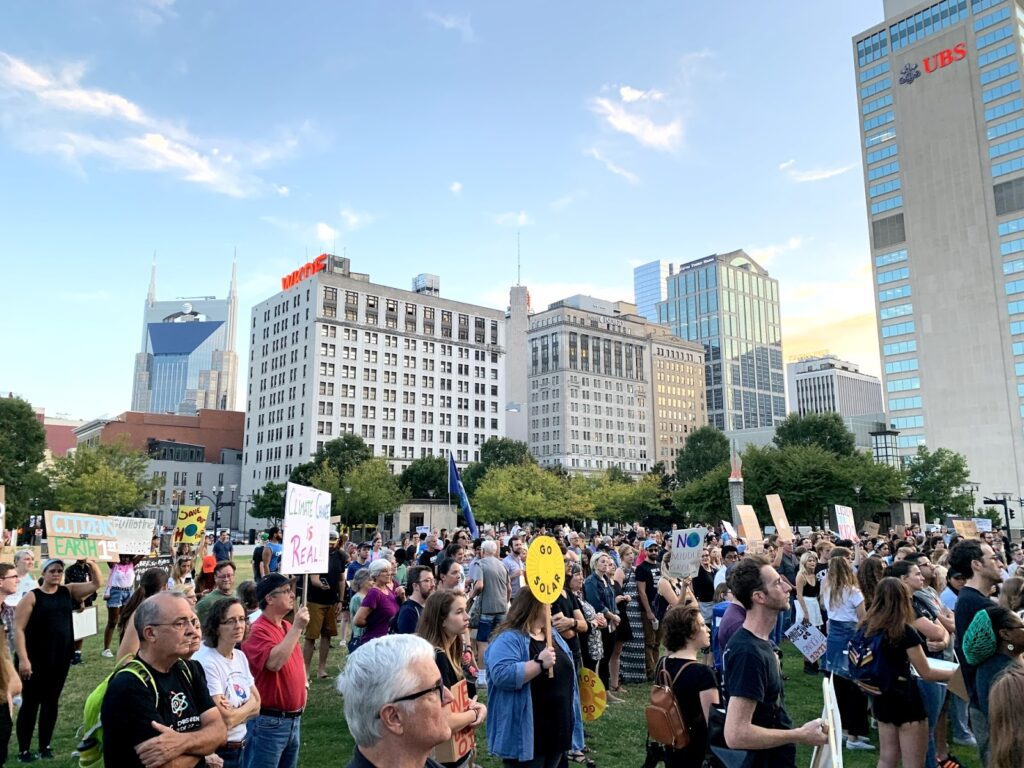 Lately, Nashville has been hot—abnormally, uncomfortably, noticeably hot. While its temperatures normally start to dip in September, every day this week has easily broken 90 degrees. This Friday, Nashville’s unseasonably warm weather provided a fitting backdrop for a pair of climate change protests downtown.

The first was a youth climate strike organized by local high school students. At 11:30 AM on the steps of the Tennessee State Capitol, the protestors joined tens of thousands of other teenagers across the country demanding action from state and federal governments on climate change.

The nationwide youth strikes were spearheaded by Swedish climate activist Greta Thunberg, a 16-year-old who earlier this month sailed across the Atlantic Ocean in a carbon-neutral boat to attend a climate summit at the United Nations in New York City.

The activists, many of whom missed school for the protest, marched around the capitol building and delivered speeches for nearly an hour. The event afforded students the chance to speak about the personal connection they feel their generation has to the issue of climate change. “We are missing our lessons so we can teach you one,” read one of the signs in the crowd. 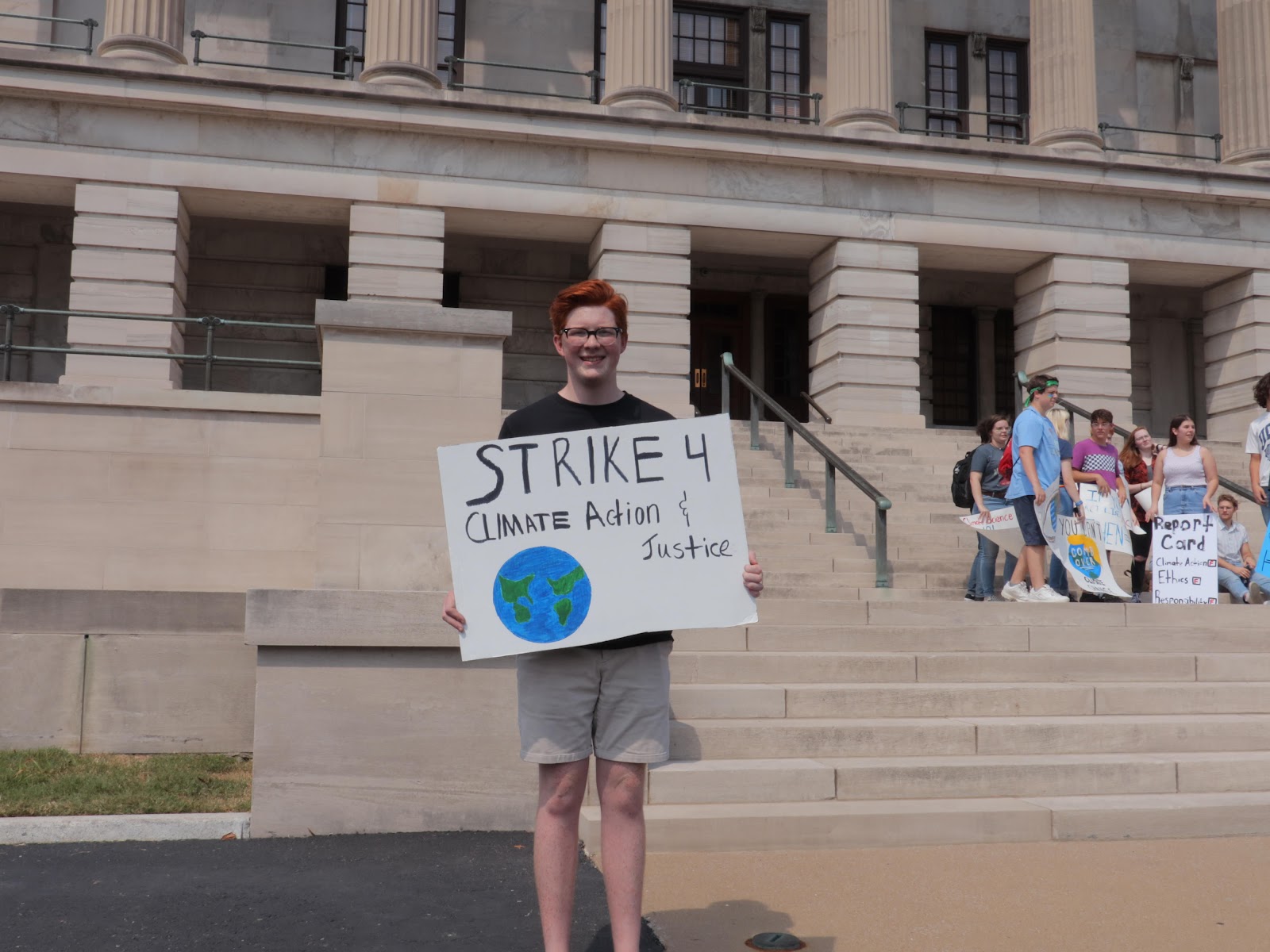 At 6:30 PM, the activists relocated to the public square outside Historic Metro Courthouse for a second protest organized by the local chapter of the Sunrise Movement. The group, which advocates for a Green New Deal to address climate change, set up microphones and loudspeakers as protesters began to fill the expansive lawn.

The strike was a motley crew of activists of all ages and affiliations. Two gray-haired, pony-tailed men assembled a 30-foot long black snake to protest oil pipelines as children played nearby. A bearded man passed out manifestos advocating eco-socialism next to a table where Patagonia, an outdoor apparel company, passed out professionally-printed signs and branded snacks. 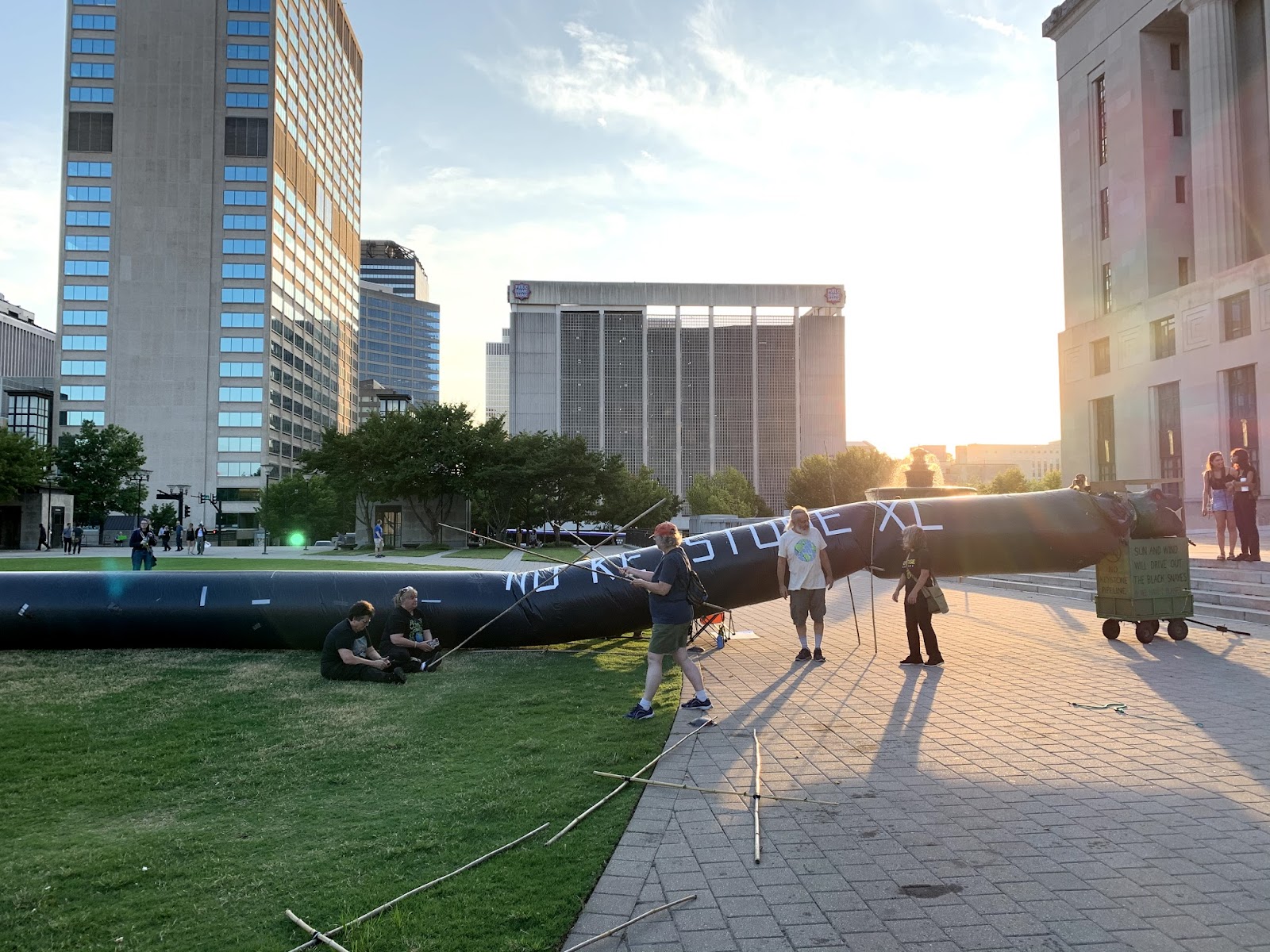 A 30-foot long black snake in protest of oil pipelines

The crowd began to grow as a man from the Sunrise Movement paced atop the courthouse steps, leading protestors in chants. As his microphone screeched with feedback, the crowd joined in, demanding “no more coal, no more oil. Keep your carbon in the soil!”

At times, the event more closely resembled an open-air concert than a protest. Leaders passed out lyric leaflets, and the crowd, while initially skeptical, slowly took up the songs.

Protesters continued to file in, nearly filling the entire square. A senior in high school from Parin, Texas took the stage to deliver a speech about how climate change has specifically impacted rural communities. 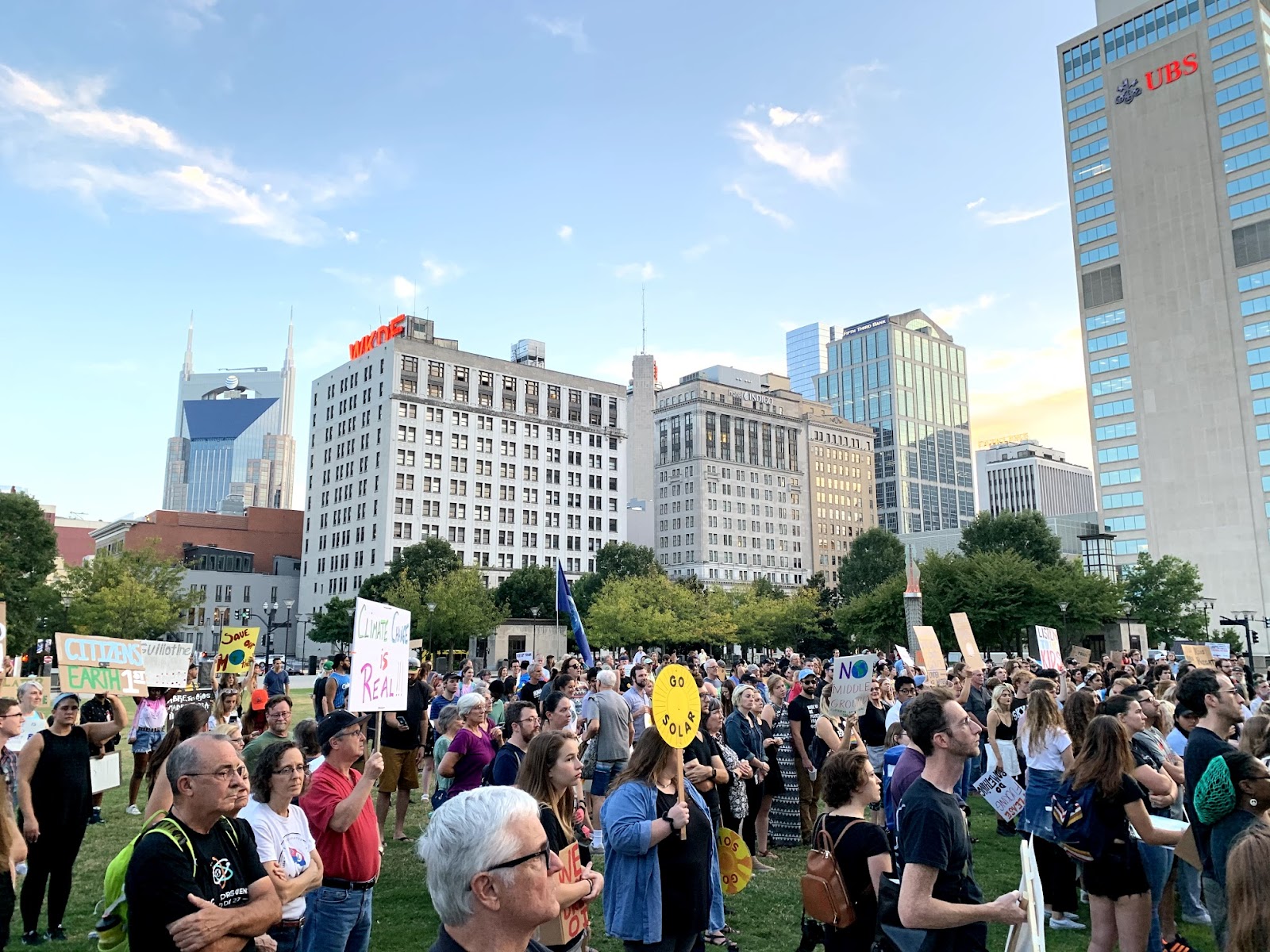 The crowd grew to cover much of the public square

The event culminated in a “die in,” where protesters lied down on the ground for 11 minutes as if they were dead to represent the 11 years the Sunrise Movement says humans have left to act on climate change before human civilization is at stake.

“It’s all cyclical,” a local activist told me as the event came to a close. “When I was in school, we thought nukes were going to be the end of the world. They weren’t, but now we have the climate to worry about.”

She was particularly unhappy about the Trump administration’s recent rollbacks on automotive pollution regulations. However, she remained optimistic about the future, in no small part due to the size and energy of the crowd around her.

“You have to have ways to deal with that hurt,” she said of the rollbacks. “I saw a shirt in my yoga class today that said, ‘Inhale Courage, Exhale Fear.’ I loved that.”