Flulapalooza! and the Politics of Vaccination 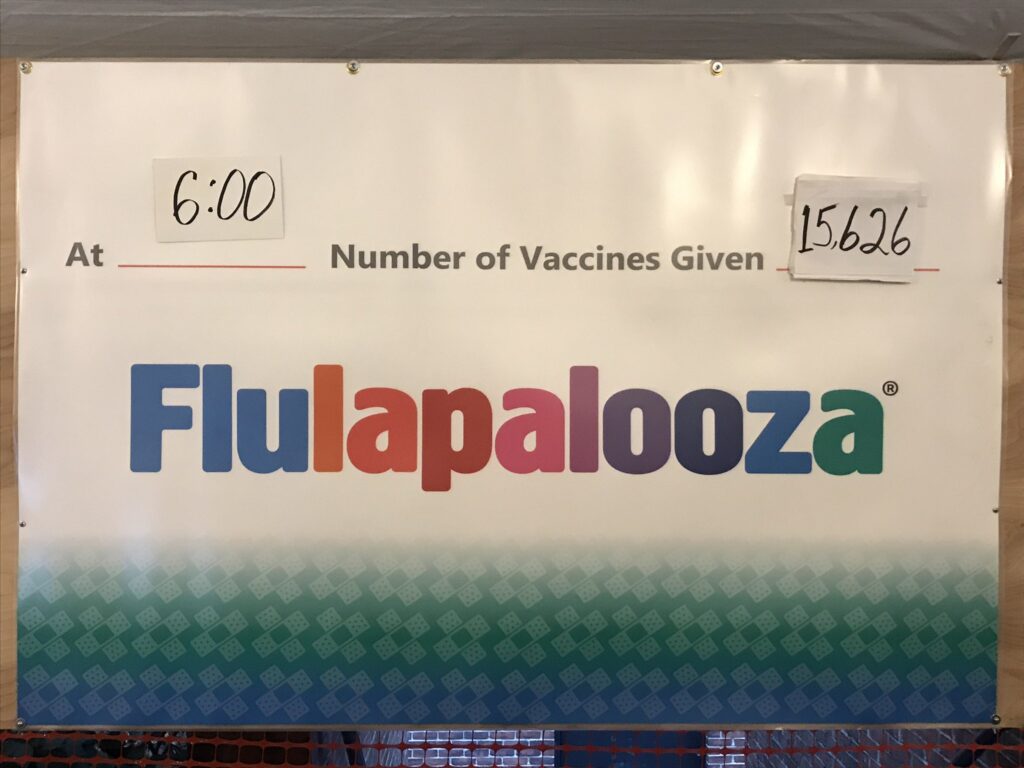 Beginning in 2010, one day at Vanderbilt University Medical Center is set aside every fall to conduct a mass vaccination event now known as Flulapalooza. The event, which was held from 6 a.m. to 6 p.m. this Wednesday, allows Vanderbilt students, staff, and faculty a quick and easy way to receive free flu shots. The event is not only meant to better protect the Vanderbilt community from a potentially nasty flu season, but it is also a practice in emergency preparedness and mass vaccination. Volunteers man different stations that efficiently organize, document, and give out flu shots to the thousands of participants that pass through. In 2018, the event gave out over 13,000 flu shots and in 2011, Vanderbilt broke the Guiness World Record for most amount of flu shots given in an 8-hour period (12,850). Influenza can be a debilitating illness for adults but is particularly dangerous to those with vulnerable immune systems, such as children and the elderly. The CDC reports that in the 2017-2018 season there were 48.8 million reported cases of the flu and 79,400 deaths as a result of flu-related complications. The flu shot remains a bulwark against an endemic disease that can be particularly devastating to vulnerable groups despite its annual course.

The CDC reports that in the 2017-2018 season there were 48.8 million reported cases of the flu and 79,400 deaths as a result of flu-related complications.

Flulapalooza comes at a time where the anti-vaccination movement has gained momentum and is redefining how society understands collective healthcare. The World Health Organization has identified “Vaccine Hesitancy” as a top ten threat to global health in 2019. Diseases such as measles, which killed up to 2.6 million people per year before the introduction of vaccines, have been making an alarming resurgence. In fact, the United States is currently facing its largest measles outbreak in the last 25 years and its status as a measles-eliminated zone is at risk. Measles is a highly contagious virus that can cause severe respiratory failure but is easily controlled by administering a relatively cheap and safe vaccine. Vaccines against diseases such as measles work on the principle of “herd immunity” in which an optimal population vaccination rate of 95 percent is needed to most effectively control propagation of disease. However, recent trends involving the anti-vaccination movement has threatened the herd immunity principle, which has allowed long-controlled diseases to once again become endemic.

Parents are choosing to forgo vaccination for their children due to concerns regarding over-medication and potentially harmful side-effects of vaccines. However, the larger conversation regarding anti-vaccination reflects a nuanced battle between opposing political and social philosophies. The principles of scientific skepticism is not wholly  unique to the anti-vax community, as groups such as global warming deniers also participate in the growing fight against scientific consensus. Science is being viewed as an ideology of the elites and the rejection of scientifically derived principles is evidence of a growing suspicion of the objectivity of science. A reflection of the larger paradox of a liberal democracy, the question lies in resolving the desire to respect an individuals beliefs while also protecting the good of the collective.  The issue with vaccination and global warming reflects the collective nature of the problem. The topic of vaccinations is particularly controversial due to the debate surrounding how much control one has over their individual bodies and the bodies of their children. To completely dismiss the fears and beliefs of an anti-vaxxer would exhibit the very paternalistic and elitist qualities that have pushed people away from scientific consensus. However, to allow the rejection of scientific principles of community healthcare would be detrimental to society and potentially fatal in the long run. That is why events such as Flulapalooza are important in the drive towards making scientific principles and vaccinations more accessible.

Not only does Vanderbilt’s mass vaccination offer a solid herd immunity within the community, but it portrays the idea of vaccination in a collective light. Events where local community members can partake and engage with the scientific community will become important in a growing fight against scientific consensus and reasoning. Flulapalooza has become a fun and mutually inclusive way for the community to rally around an important component of the modern American health infrastructure. However, like all collective action problems, Flulapalooza and vaccination only works if society as a whole buys into it.