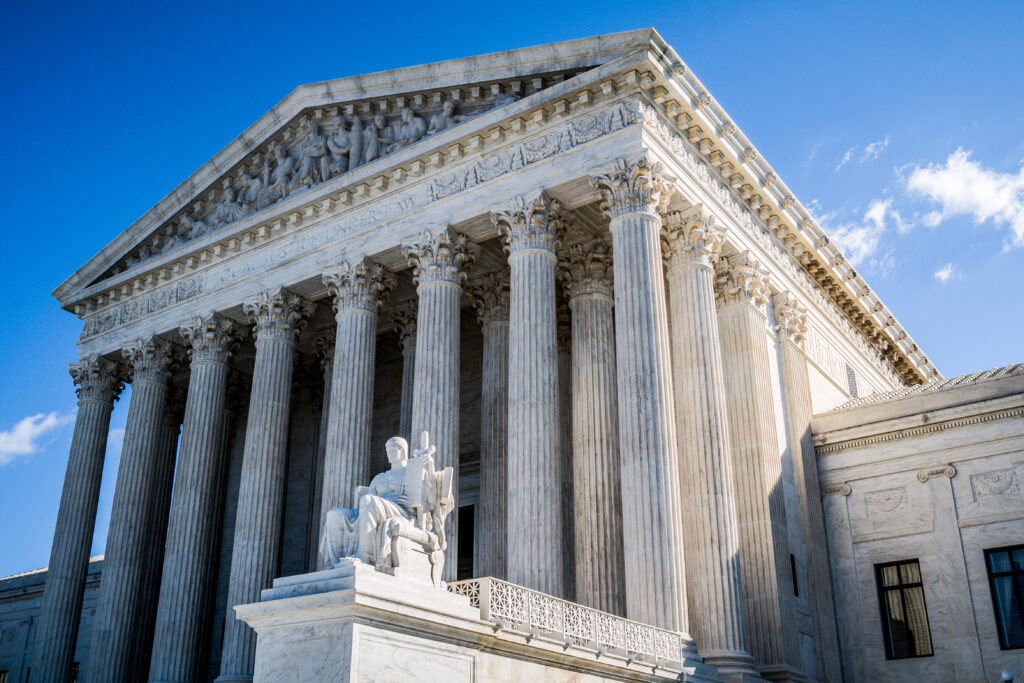 “I’ve never sued a doctor…yet!” Nikas joked as a room full of medical students let out light chuckles interspersed with sighs of relief. On September 24th, in a half-full room in the Eskind Biomedical Library, Nikolas Nikas presented court cases that have followed in the steps of Roe v Wade, and explained their implications in modern society in a lecture titled “What has Roe Wrought? The Supreme Court and Abortion.”

Nikas first explained his background and experience in the issue and then planned to walk the audience through six landmark court cases that revolved around the issue of abortion. Foundational to his lecture was dissecting the fallacies in the reasoning that was used to support Roe v Wade, the 1973 landmark decision that legalized abortion across the country, which subsequently led to a lively conversation surrounding the meaning of ‘personhood.’

Nikas is a high-profile lawyer and co-founder of the Bioethics Defense Fund who has argued in front of the Supreme Court about abortion. Although Nikas prefaced his lecture by vowing to remain impartial to his pro-life background, he frequently strayed from the words of the court to instead discuss his personal convictions throughout the presentation.

“I predict that eventually Roe will be reversed,” Nikas firmly stated, beginning his presentation, “because of the internal inconsistencies in the jurisprudence.” This prediction was a touchstone that Nikas returned to several times during the night. He explained that regardless of whether you identify as pro-choice or pro-life, it should be clear that Roe is logically flawed and will need to be overturned. Once overturned, the decision will be returned back to the states, which will lead to more substantive debates.

“No one cared who was on the Supreme Court 50 years ago… once Roe was created, everything became about Roe,” Nikas explained. After this landmark case, Nikas argued that the intrinsic nature of national politics had been forever altered. For him, this shift has not been one that is beneficial to our nation. Some may disagree and argue that this issue is one that is valuable and important enough to change the course of the national dialogue. Furthermore, some believe that more attention to Supreme Court nominees can have external benefits in other sectors of national politics as well.

Next, Nikas asked the room full of medical students if they believed that abortion was legal for all 9 months of pregnancy. Only three to four students believed it was legal, while the rest disagreed. He later revealed that, according to federal law, abortion is, in fact, legal during any phase of pregnancy due to Roe’s lesser-known, sister case, Doe v Bolton. This discrepancy in the understanding of the legal implications of Roe is indicative of the lack of information in our society, especially amongst a room of future physicians who have a vested interest in being familiar with abortion laws.

Getting to the heart of his case against Roe, Nikas critiqued Justice Blackmun’s views on personhood. Justice Blackmun had made the case that the unborn are not considered “persons,” and therefore the Fourteenth Amendment’s protection of life does not apply to a fetus. This led to a stimulating discussion between the audience and Nikas regarding the definition of a ‘person’ versus a ‘human being.’

To further his critique, Nikas presented evidence that life begins at conception. There are contradicting notions regarding the specific moment at which life begins in the womb, although few of these perspectives came up during Nikas’s presentation. According to Nikas, a ‘person’ is a legal notion, whereas a ‘human being’ is a biological notion that begins at conception.

Finally, Nikas summarized his long-held belief in the illegitimacy of Roe as he came to a stopping point, stating that “abortion is the aberration in the common law, not the other way around.” He made sure to clarify that overturning Roe will not necessarily criminalize abortions. Others, however, claim that maintaining Roe can help to protect the status quo of privacy and liberty for all women, rather than having each individual state mandate this decision.

Abortion rights and laws have been a topic of national debate for several decades, especially after 1973, when Roe was decided. It is a point of discussion that is unlikely to be resolved in the near future, but one in which all sides of the argument should be considered and understood. Whether overturning Roe will be beneficial for the nation is up for debate, but for Nikas, there is no doubt in what the correct course of action should be.