From White to Red: A brief history of political fashion 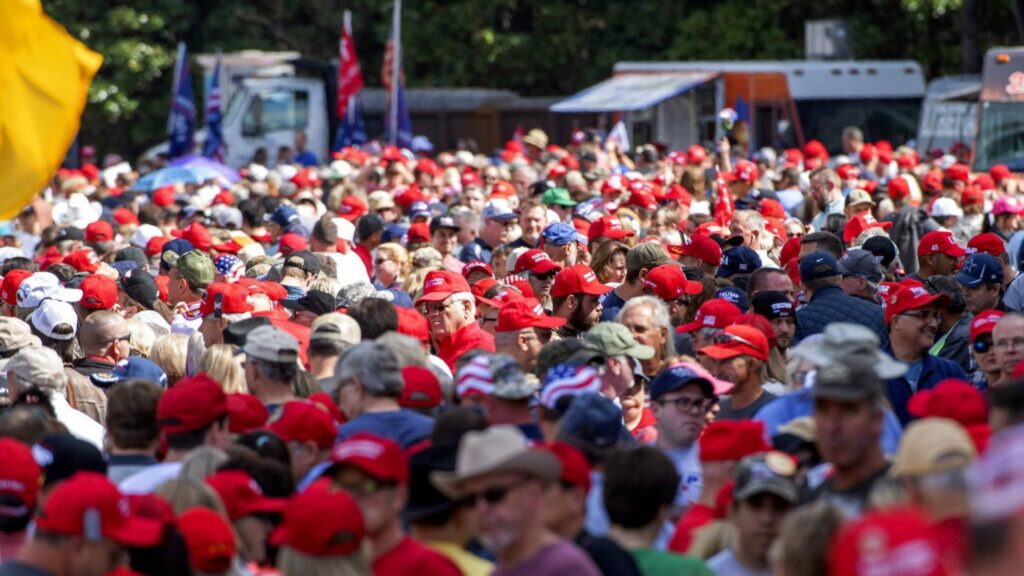 One of the most recognizable pieces of clothing an American can wear is a bright red hat, emblazoned with the phrase “Make America Great Again.” The hat, with its Reagan-era slogan, has become synonymous with the Trump campaign in a way that not only identifies the wearer with a political side, but an ideology. By June 2019, more than one million hats had been sold; while the social impact of the hat has been astronomical, this is far from the first time an article of clothing has been used to communicate a political message

Before the existence of universally accessible items like T-shirts and hats, colors and symbols were used as protest gear. One such color is white. The suffragette movement first donned white to counter opponents’ arguments of their impurity. Female politicians still often choose this color for both celebration and protest. From Shirley Chisholm, the first African American woman elected to Congress, to Hillary Clinton at Trump’s inauguration, to most recently dozens of women at the State of the Union address, a female politician wearing white is a powerful message of continued resistance and an homage to suffragette roots.

However, political style is not just limited to politicians: fashion is an accessible protest format for common citizens. The Zoot suit, worn largely by minority men in the working class, used large amounts of fabric despite wartime conservation efforts, and thus highlighted the discontent and discrimination that minority populations experienced.

Now, however, the most popular garment capable of communicating political affiliations easily is the T-shirt. In 1948, the first political T-shirt was printed for Thomas Dewey’s presidential campaign with the slogan “Dew it with Dewey.” By the early sixties, the innovation of the silk screen press increased the accessibility of graphic T-shirts. By 1973, it had been widely used to protest the Vietnam war and was called “the medium for the message” by the New York Times.  One of the most infamous political T-shirt moments was Margaret Hamnett shaking Margaret Thatcher’s hand while wearing a “58% DON’T WANT PERSHING” T-shirt, opposing the unpopular policy that allowed US missiles to be stationed on British soil.

In the past ten years, the political T-shirt has appeared both in high and fast fashion. Dior came under fire for their $490 “We should all be feminists” T-shirt, while Elle’s “This is what a feminist looks like” shirt was later harshly criticized for being made by underpaid women working in overseas sweatshops. These incidents sparked the questions of whether the political sentiment printed on a shirt is undermined by a fashion label’s business practices, and whether these businesses should adhere to the same ideology they profited from.

Looking around the Vanderbilt campus, it isn’t hard to see political swag. One student sees their political T-shirt as an opportunity for conversation and says “I have pride in who I support and who I want to vote for. If people ask me questions, I’m willing to talk about why I support this candidate.” With such a prominent impact, is safe to say that political fashion will always be on-trend.