Your SparkNotes Guide to the Fifth Democratic Presidential Debate

No time to watch the presidential debate? Here's what you need to know: 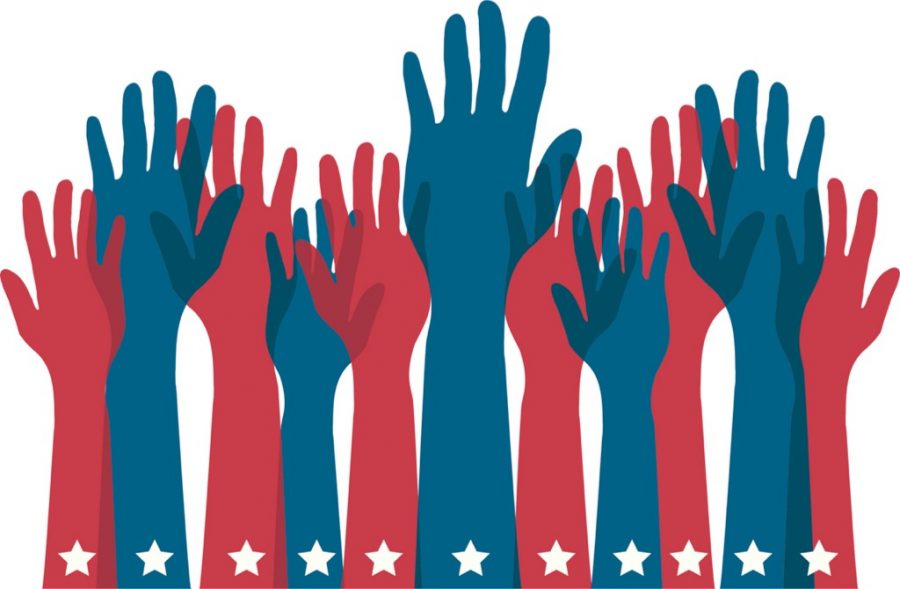 Everyone’s been there before—you find yourself walking into class wildly unprepared to discuss an assigned reading you absolutely did not do. No fear, though, because SparkNotes comes to the rescue, breaking things down just enough that you can eke out a participation point and escape class unscathed.

However, there’s no SparkNotes for life. In a time when politics feels more confusing than an eighteenth-century alchemy textbook, it often feels easier to just tune it all out. But with so much on the line, and the unavoidable political arguments making Thanksgiving dinner tables awkward nationwide, we can’t afford to have no idea what’s going on. Presenting: your SparkNotes guide to the fifth Democratic Presidential Debate.

Where was the debate held?

The debate took place at Tyler Perry Studios in Atlanta, Georgia. Each of the debates this year have been hosted in states Democrats feel they can flip in their favor in the upcoming election.

Which candidates were on stage?

Ten candidates made the debate stage. They were (from left to right):

Now that we’ve established the basics, let’s see what the candidates actually talked about.

The debate began with a series of questions about the ongoing impeachment inquiry of President Trump. Candidates have generally been reluctant to talk about impeachment on the campaign trail so far because they want to focus on substantive policy issues, not the President’s misconduct. Given that the debate directly followed an entire day of televised testimony for the inquiry, though, the issue was unavoidable. Asked whether impeachment should be a major focus for the candidates in their campaigns…

Senator Elizabeth Warren came out forcefully in favor of impeachment, but quickly pivoted to a common thread throughout her campaign stump speeches: corruption in Washington. In particular, she referred to Ambassador to the European Union Gordon Sondland who bought his ambassadorship with a $1 million presidential donation.  and promised not to give ambassadorships to any of her donors.
Senator Amy Klobuchar took a more careful approach, saying she supports the inquiry but saying she needs to see the facts in the Senate trial before choosing whether or not she would vote to impeach.
Senator Bernie Sanders said, quite adorably, that “Congress can walk and chew bubblegum at the same time,” meaning it can impeach the President while continuing to focus on issues that more intimately impact voters’ lives.
Mayor Pete Buttigieg said he would focus on President Trump’s corruption just as he plans to focus on issues like gun control, healthcare, climate change, and the economy

Healthcare has been a major focus in each of the four previous debates, as it is one of the few issues on which the candidates have fairly large disagreements. Generally, they have fallen into two camps: Medicare for All and Medicare for All Who Want It. The prior favor complete abolition of private health insurance, mandating that everybody join a government-sponsored Medicare program. The latter want to create a government Medicare program that anybody can buy into, while allowing people who like their current health insurance plan to keep it.

On the Medicare for All side, Senator Warren highlighted several ways her plan would drop costs, and how she planned to phase the country into her plan over three years. Senator Bernie Sanders called the current healthcare system “dysfunctional,” pointing to America’s high per-capita spending on healthcare compared to other countries.
Meanwhile, Mayor Pete Buttigieg and former Vice President Biden defended a public option. Buttigieg said he wanted to achieve universal healthcare without “commanding people” about where to get their health insurance. Biden claimed his plan would provide coverage for every American for far less money than Warren and Sanders’ plans.

Candidates love a good zinger in debates. Going into this debate, there was much talk about who was going to fight whom. Would Mayor Pete’s surge in Iowa make him a target? Would Warren and Sanders continue to team up against their moderate competitors?

In the end, many of the attacks came from Rep. Tulsi Gabbard, who currently averages 2% in national polling and is fresh-off a Twitter feud with Hillary Clinton. Gabbard has made sudden attacks on candidates in her prior debate performances, often catching her opponents off guard, but both Harris and Buttigieg appeared prepared this time. Gabbard in turn claimed Harris “traffics in lies, smears, and innuendoes.” Gabbard later attacked Pete Buttigieg on foreign policy.

In a particularly excruciating exchange, Senator Cory Booker and Biden clashed over marijuana legalization. “I thought you might have been high when you said that,” Booker said, referring to Biden’s comments earlier today standing against legalization until studies can be completed on its long-term effects.

Pete Buttigieg: Mayor Pete largely escaped scrutiny in the past debates. On the rare occasions in which he was questioned in the past, he came across as flustered. Now that he has polled in first place in Iowa, it was possible that the other candidates might come at him more aggressively. While he did face some scrutiny from Senator Amy Klobuchar over his experience and Rep. Tulsi Gabbard over foreign policy, he responded strongly to the attacks.

Elizabeth Warren: Warren has faced criticism over her recently released plan to finance Medicare for All. Some thought it might become a liability for her on stage, but discussion about healthcare in general was much shorter than it has been in past debates.

Cory Booker: Booker has turned in strong performances in each of the previous debates, but has failed to translate them into polling success. While it remains to be seen whether this time will be any different, his closing statement alluding to John Lewis and the Civil Rights movement received loud applause and framed his candidacy’s core themes of unity and justice quite well.

Analysis: Did any of this actually matter at all?

This is the golden question—while some candidates have experienced post-debate “sugar rushes” after particularly successful performances, nobody has translated a strong debate into sustained polling increases. In fact, since the first debate on June 26, candidates’ polling averages generally have not changed more than a couple points in national averages. We won’t know for some time whether this debate was any different, but there’s no reason to expect this debate will translate into a gigantic leap or fall for any candidate.