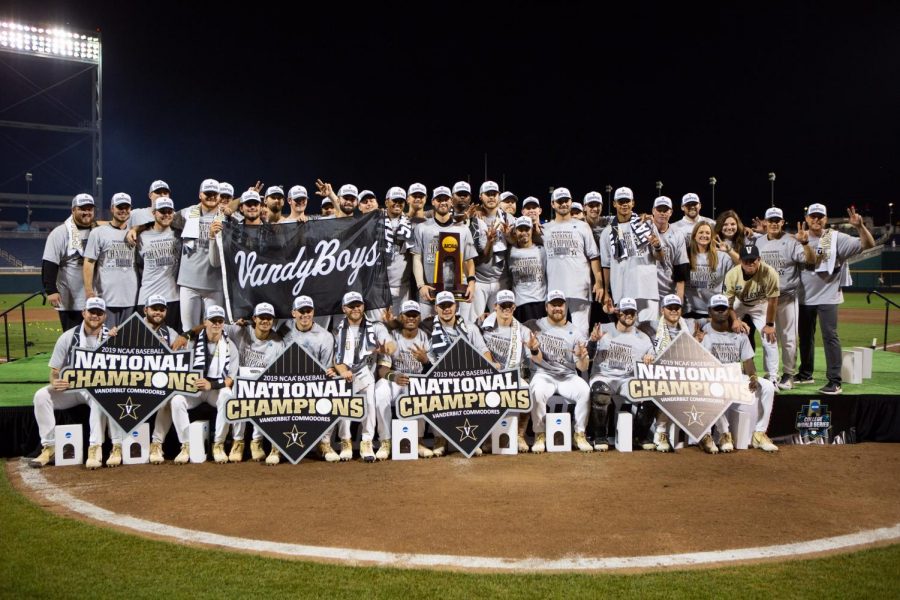 Vanderbilt Baseball declined an invitation to visit the White House the week before Thanksgiving, making it the latest team to refuse to celebrate a national championship with President Trump.  Oregon State’s baseball team, which won the College World Series in 2018 without an invitation to the White House, joined 21 other champion teams and athletes on Friday in place of Vanderbilt.

Alan George, the Associate Athletic Director of Communications at Vanderbilt, said the VandyBoys “respectfully declined” the White House visit “due to long-standing travel plans for our student-athletes to return home for the Thanksgiving holiday.”

Vanderbilt Baseball coach Tim Corbin, known for promoting patriotism on the team, said the team’s declined invitation “had nothing to do with politics.” The team “wanted to go, but the date that we were told that we were invited, we couldn’t work it out,” Corbin said. “It was right on top of us. (The invitation) was (given) within a month, and it’s tough to turn around 35 to 50 bodies (including coaches and support staff) of travel when things have been in place for three months.”

The team even ordered a Trump baseball jersey, just as they had done for Obama following the Commodore’s National Championship win in 2014.  Corbin said “We would have loved to have gone. That was something that we wanted to do back in 2014. We had two jerseys made up for two Presidents.”

On the team declining the invitation, one Vanderbilt student commented, “there could be some politics there,” but it’s “unreasonable to expect people to change the plans that they’ve had, especially for a big holiday like Thanksgiving.  I saw quite a few baseball players at the airport with me Friday night.”

Although Vanderbilt’s motives for declining the invitation were apolitical, the event featured a greater controversy regarding the rights of student athletes to use their platforms politically.  Members of Columbia’s co-ed fencing team wore white lapel buttons, to protest Trump’s “continued acts of gender-based prejudice and partisanship,” and the Secret Service prevented the team from handing Trump a letter detailing their concerns with his administration.  Elise Gout, the co-captain of the Columbia fencing team, said, “There is this larger conversation over whether athletes should have political views or use their platforms in political ways, but if we are being recognized for our success, we need to stand up for the things that allowed us to have that success in the first place.”

In the context of the greater controversy regarding political protests by student and professional athletes, it’s no wonder that many assumed the Commodores’ decision to decline the invitation was political in nature.  However, based on statements and actions made by the coach and team, including their staple patriotic-themed uniforms, regular recognition of veterans at games, and creation of Obama and Trump championship jerseys, indicate that the choice was not a political statement, but rather a practical decision for team members to honor their long-standing plans to head home to their families.