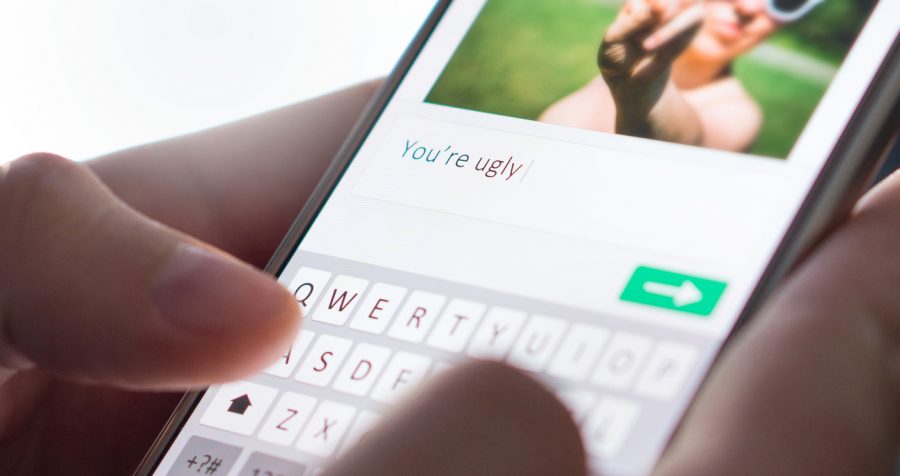 Ashley Zhu, Contributor
TW: suicide, cyberbullying
This article covers sensitive material which may be traumatizing to some readers. If you believe that this article will be traumatizing for you, then we encourage you to forgo reading it or seek support. At the end of the article, we have listed resources which can provide counseling and other support if you feel overwhelmed by this material.

2019 is a lost year for Korean showbiz. Last year, famous K-pop stars Sulli and Hara Goo committed suicide due to depression. While people lamented the death of the two young K-pop artists, their death put a spotlight on cyberbullying. In response to the national outrage against cyberbullying, nine members of South Korea’s National Assembly have agreed to forward a bill, nicknamed “Sulli Law,” to enforce strict rules against malicious comments online under anonymous titles.

Cyberbullying includes sending, posting, or sharing negative, harmful, false, or abusive content about someone else. Even though cyberbullying can occur through messaging apps, or online in forums and games, it is most commonly associated with social media. As celebrities, the two K-pop stars were the targets of cruel internet trolls and libel. However, cyberbullying impacts countless people out of the spotlight as well, especially teenagers, due to the high percentage of teens who are social media users.

Cyberbullying has grown into a serious threat to teenagers’ health. According to a survey conducted by the Cyberbullying Research Center, only 18.8 percent of teenagers claimed they had been victims of cyberbullying in 2007; however, the percentage has doubled since then, increasing to 36.5 by 2019.

Even though laws that aim at holding bullies accountable, such as Sulli Law, have passed or are being proposed in many legislatures, a major inadequacy of these laws is that they do not require the implementation of a real-name system in social media registration. The implementation of real-name registration is vital in enforcing these laws because it helps law enforcement officers find bullies more effectively. Moreover, real-name registration may prevent cyberbullying because when people know that they are likely to be found and held accountable for their remarks online, they tend to leave less harsh comments and stop slandering.

Despite the potential of real-name registration on social media to curb cyberbullying, social media companies are not required to implement it and governments are unlikely to require that anytime soon due to great resistance from social media users. Users love anonymity, not only because it can help them avoid punishment, but also because they can speak more freely on anonymous social media than non-anonymous media. Individuals often use anonymous social media profiles to vent negative emotions, confess guilt, complain about friends or family members, or ask for help with private affairs.

Moreover, many people reject the proposal to ban anonymous social media due to the risk of privacy leaks. The recent case of Facebook’s privacy scandal exacerbated people’s concern. According to about 4,000 pages of leaked company documents, in order to develop and maintain partnerships, Facebook rewarded favored companies by giving them access to the data of its users without the users’ consent. For example, Facebook let Netflix and Spotify read a user’s private messages and allowed Amazon to gather names and contact information. Besides the deliberate collection and leakage of private information by social media platforms, hackers may also gain access to and sell private information users leave on social media that require real-name registration. Thus, many people are opposed to the implementation of real-name registration in social media platforms.

While cyberbullying is causing the deaths of hundreds of teengaers, real-name registration — one of the most effective ways to prevent cyberbullying — cannot be implemented due to many people’s desire for more free expression and their worry of privacy leaks. Therefore, it is important for lawmakers to find a balanced solution that resolves conflicts of interest and achieves the end goal of protecting social media users, especially teenagers. Ending cyberbullying is a difficult task. However, with the joint efforts from lawmakers, schools, parents, and bystanders, many cases of cyberbullying can be discovered early, intervention can be enforced early, and many tragedies of teenage suicides can be prevented.

On-campus resources for students who are experiencing or have experienced cyberbullying: