The Conclusions of Investigation Crossfire Hurricane 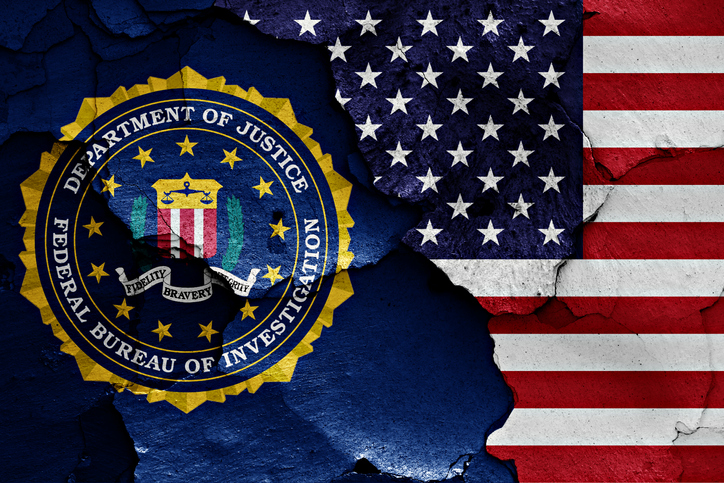 flag of FBI and USA painted on cracked wall

The Office of the Inspector General recently released a review of the Department of Justice (DOJ) investigation Crossfire Hurricane. The purpose of the investigation, according to the Office of the Inspector General (OIG), was to analyze and determine whether the Department of Justice and the Federal Bureau of Investigation complied with applicable legal policies and procedures.

Operation Crossfire Hurricane was initiated by the FBI on July 31st of 2016. Crossfire Hurricane sought to investigate the potential influence of the Russian government in the 2016 presidential election through the witting or unwitting coordination of individuals associated with then candidate Donald Trump. The investigation conducted over 170 interviews involving more than 100 witnesses. Witnesses in this investigation included former top officials within the DOJ and FBI, such as former Director James Comey and former Attorney General Loretta Lynch.

Beyond investigating the FBI’s decision to open Crossfire Hurricane, the Inspector General’s office investigated a myriad of decisions made the Bureau. Items of particular focus for the OIG included the relationship between the FBI and Christopher Steele, the legality of four separate surveillance applications which surveyed Carter Page, various interactions between Department attorney Bruce Ohr and individuals associated with Crossfire Hurricane, and finally, the OIG examined the FBI’s use of undercover employees and confidential human sources, such as Steele, throughout the investigation.

With the conclusion of their review, the Office of the Inspector General yielded several definitive conclusions which reaffirm the necessity of investigation Crossfire Hurricane. Within their report, the OIG concluded that the success of the investigation relied upon the Bureau’s non-political enforcement of the law and the FBI’s strict adherence to detailed policies, practices, and norms. Despite the FBI’s history of credibility and reputation within law enforcement, the review concludes that several aspects within the investigation were highly concerning. Concerns of particular note were the FBI’s failure to accurately comply to Foreign Intelligence Survey Act (FISA) applications in their attempts to survey Carter Page and the continued failure of the FBI to enact effective policies which provide the Department of Justice oversight capabilities for constitutionally protected behavior.

The conclusion of Crossfire Hurricane comes in the wake of public unrest from the President and his cabinet members who were seeking a more damning conclusion for the FBI. President Trump, following the release of the report, was quoted saying that the report was “far worse than expected,” going as far to say that this investigation was an “attempted overthrow and a lot of people were in on it and they got caught, they got caught red-handed.”

President Trump’s sentiments were echoed by Attorney General William Barr, who questioned the underlying motives of the investigation, “the FBI launched an intrusive investigation of a U.S. presidential campaign on the thinnest of suspicions that, in my view, were insufficient to justify the steps taken.” The conclusions of this case would continue to spur controversy within the political community as the “gross incompetence” of the FBI, alluded to by Inspector General Micheal Horowitz, would take center stage.

The conclusions of the report paint a nuanced understanding of the successes and failures of the FBI throughout Crossfire Hurricane, yet the punditry and high ranking government officials have been led to contrarian understandings of the report and its conclusions. Contrary to the opinions of the current administration, the OIG concluded that the decision to open the investigation was well within the discretionary power of Counterintelligence Director E.W. Priestap. Within that conclusion, the OIG notes that the decision to open the investigation was not driven nor influenced by political bias or motivation.