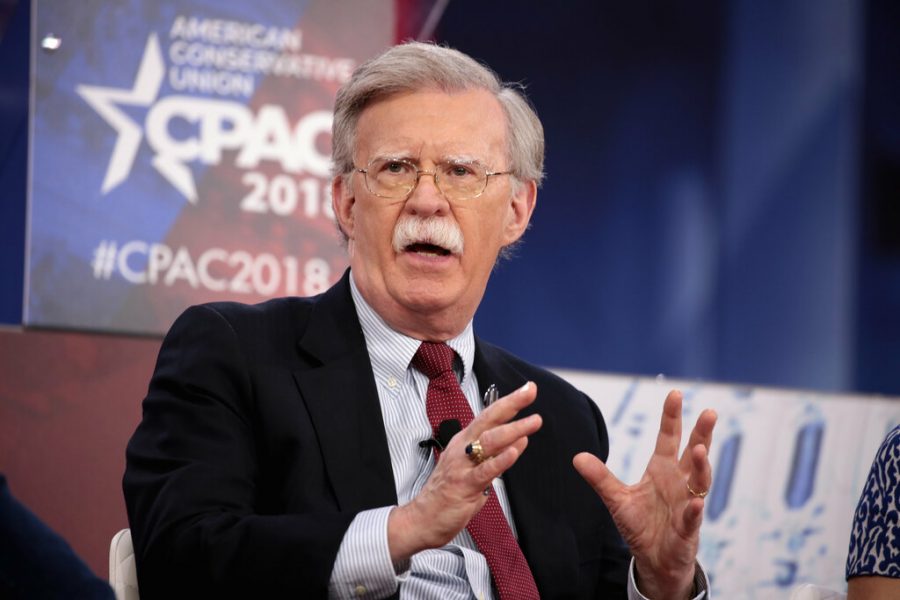 As the Vanderbilt community prepares to welcome former National Security Advisor John Bolton, the troubled politician continues to dominate headlines as his role in the Ukrainian aid scandal intensifies with each coming day. The recent acquittal of President Trump comes as no surprise but throughout the contentious impeachment trial, revelations surrounding Bolton’s position within the administration teased his forthcoming importance.

The heightened importance of John Bolton comes as the result of a leaked manuscript which details the former advisor’s potential testimony, were he to be invited or subpoenaed by Congress. Within the manuscript, Bolton details President Trump’s efforts to continue to freeze $391 million in security aid to Ukraine in exchange for political investigations into high profile democrats, such as the Biden family. The leaked manuscript thrust Bolton to the center of heated debate between media members and congresspersons alike, as all parties involved in the trial wondered if the former top aide would testify to these alleged statements.

As the impeachment trial continued to unfold, Bolton’s consequential statements would fail to reach the Senate floor. With the trial concluding on Feb. 5th, Bolton’s damning statements regarding the behavior of President Trump were ultimately deemed inconsequential to the trial and in doing so, the Senate has provided Bolton a springboard for an elevated stay in the spotlight.

Although the explosive statements from Mr. Bolton’s manuscript are subject to a lengthy overview process which allows members of the United States government, including individuals working for President Trump, to restrict information from being published which may damage or harm the operations of the government, the public attention which Bolton has garnered will almost inevitably propel his forthcoming book to the similar popularity. Such public attention is short-lived but provides spectacular advertising for Bolton’s work; whatever amount of work Bolton is able to publish, though, will inevitably receive claims against its validity due to the nature of politically garnered popularity.

Bolton’s role within the administration has been enveloped in mystery and confusion as the impeachment trial repeatedly raised questions on the validity of Bolton’s work. These questions will inevitably fall upon the aforementioned manuscript and in doing so, another piece of evidence in the historic oddity that is President Trump’s impeachment trial will fail to matter in condemning the actions of the President.