Veer Shah and Shun Ahmed have won the Vanderbilt Student Government General Election. The duo will serve as Student Body President and Vice President respectively for the 2020 – 2021 academic year.

The candidates ran with the slogan “Let’s Keep Going” on a platform focused on the themes of transparency, equitability, accountability, and mindfulness. Their initiatives included hosting VSG office hours, getting Lyft on the Commodore Card, improving course evaluations, and expanding the pop-up thrift shop.

Of the 2,371 votes cast, over eighty-five percent were in favor of Veer and Shun with a little over fourteen percent of the votes cast in favor of the opposition, Jared Bauman and Jacob Rome. 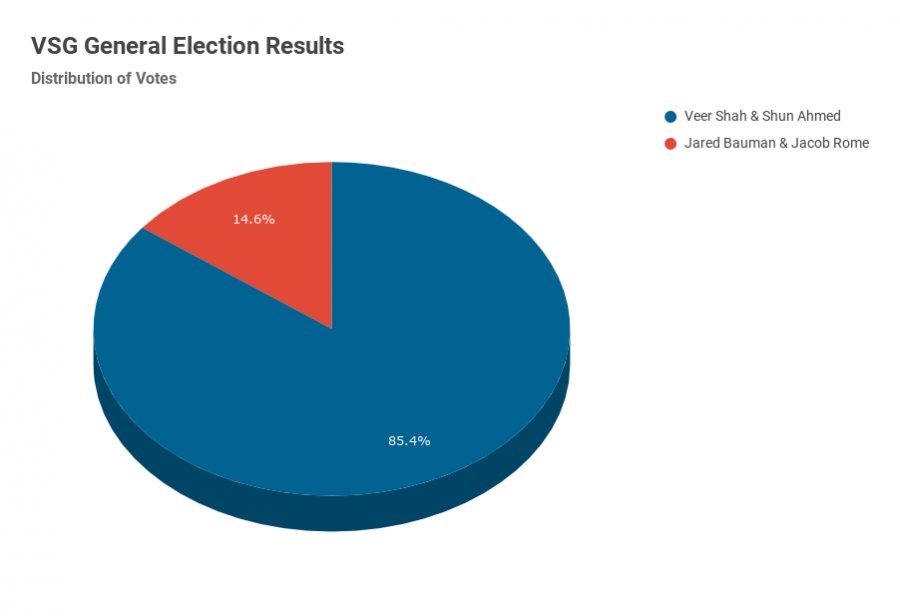 In the days to come, there is no doubt that the student body will be looking to the newly elected Student Government for a voice and for guidance in these uncertain times.